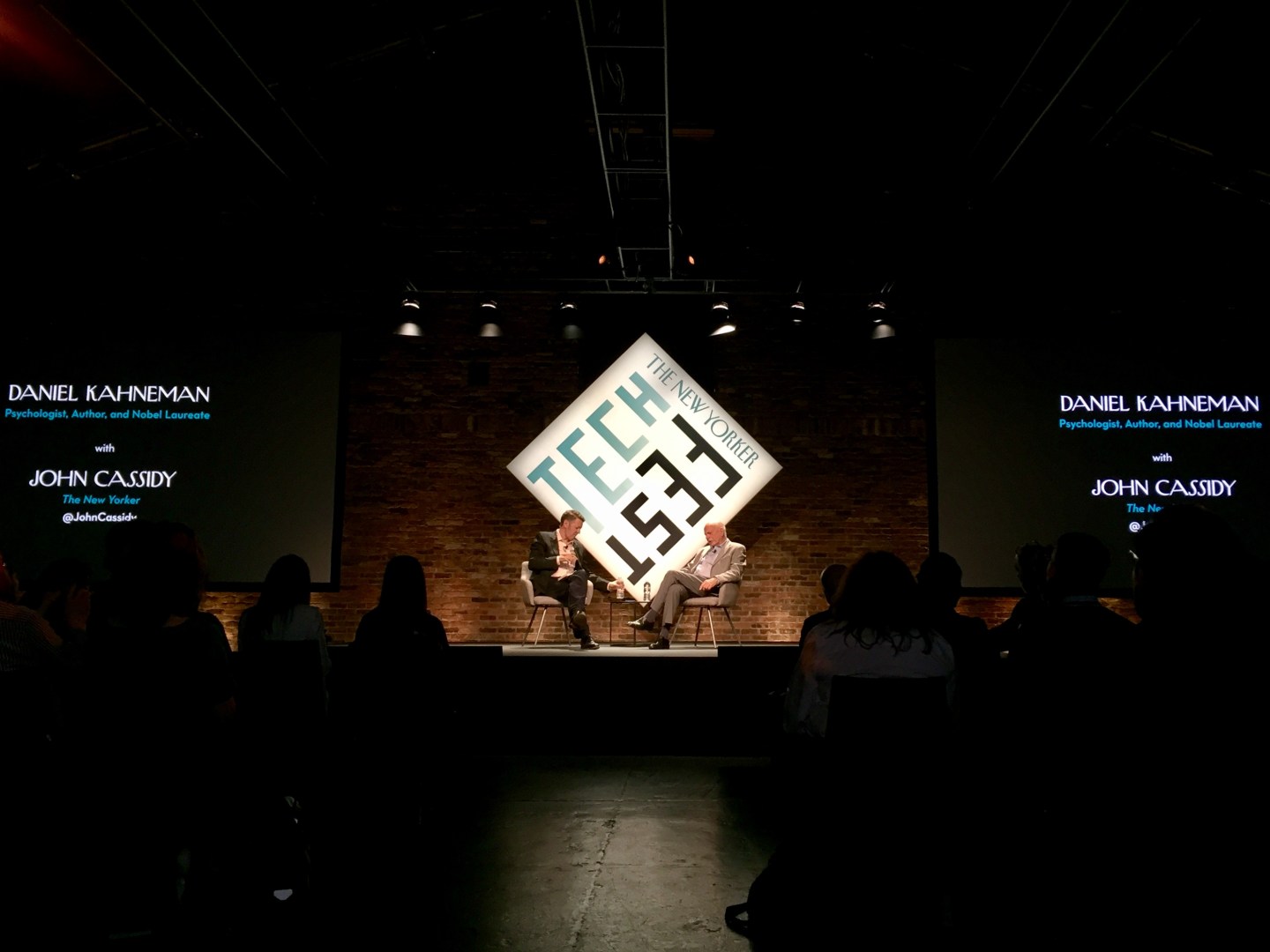 For Daniel Kahneman, a Princeton psychologist and father of the discipline known as behavioral economics, the U.S. presidential election is more than just a political event. It is a case study for the kinds of irrational quirks and biases in human judgment that he has devoted his life to researching.

“I find it unbelievable, this phenomenon that is happening right now,” said the 2002 Nobel Prize winner in economics dusing an onstage interview at the New Yorker’s TechFest in New York City on Friday. “When you have a 7-year-old running for president—a very big 7-year-old,” he added, drawing laughs from the audience. He continued, “the idea that that person can secure some 40% of the base of the electorate is just astonishing and I’m really quite worried.”

Kahneman, a self-described pessimist (“but not enough of one,” he said), referenced neither Republican presidential candidate Donald Trump nor Democratic candidate Hillary Clinton by name during his chat. The conversation quickly turned, however, to the emergence of a political movement of a bygone era: the rise of Nazism in the early 20th century.

Mentioning how the 82-year-old Israeli-born academic had lived through the onset of World War II, the New Yorker’s John Cassidy, a sometime Fortune contributor, asked whether there’s any reason to believe that people would act more rationally nowadays and avoid such conflict.

“Absolutely not,” Kahneman replied, explaining that the Nazi movement grew partially out of economic chaos at the time. “Our brain has not changed since the last century, our impulses haven’t changed,” he said.

For more on economics, watch:

Kahneman offered an example of one bias he still sees in effect: people tend to prefer leaders who decide on things quickly, he said. “We don’t like people who deliberate too much, we lose the sense that they know what they’re doing,” he said.

Kahneman, author of the best-selling book Thinking, Fast and Slow, cautioned about the dangers of herd mentality and of succumbing to engrained biases. The conversation ranged from the potential of artificially intelligent bots to automate decision making to the future of business management to the possible displacement of workplace professionals by software algorithms.

“Individuals yield to social pressure,” he said with an air of academically-interested criticism on the political question. “This appeal to strength, this idea that being big and strong is highly valued—and masculine, I might add—that’s built in and hasn’t changed.”