Just One Out of Five Millennials Has Tasted a Big Mac 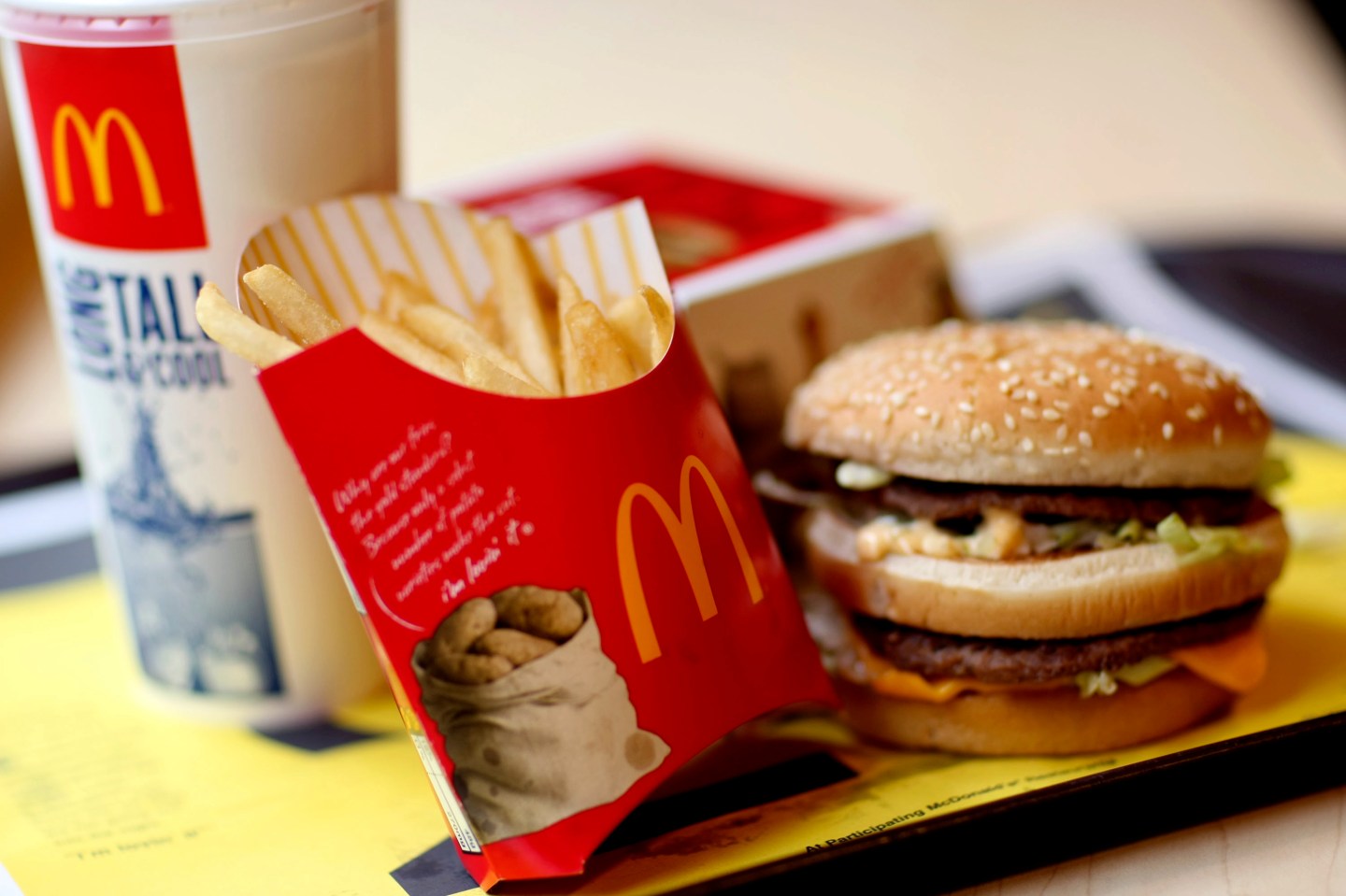 A McDonald's Big Mac value meal a arranged for a photo in New York, U.S., on Friday, July 23, 2010. McDonald's Corp., the world's largest restaurant chain, posted a 12 percent gain in second- quarter profit after attracting more customers with its frappes and smoothies.
Photograph by Jin Lee — Bloomberg via Getty Images

McDonald’s iconic burger is one of those things that have “gotten less relevant” with time, a top franchisee wrote in a memo to other operators in July, the Wall Street Journal reported.

According to the memo, just one out of five millennials, those between 18 to 34-years-old and the company’s key demographic, has sunk their teeth into the Big Mac, as consumers turn their nose up at the frozen patty for made-to-order alternatives—a preference that has led to the rise of Shake Shack and fueled Chipotle’s own foray into burgers.

Though the number of burgers McDonald’s sold has not fallen in the past few years, it also hasn’t grown, the Journal reported. The Big Mac makes up roughly 20% of McDonald’s sales, and now the fast food chain is trying to tap into natural, made-to-order food movement to make a come back. Already, it has decided to use cage-free eggs, test fresh beef, and use antibiotic-free chicken.

On the burger front, it has introduced Crafted Sandwiches—custom made with the option of adding bacon, guacamole, and more. The Journal noted that McDonald’s also offered a premium sirloin burger for a higher price point, $5 for a limited amount of time. Customers weren’t willing however, to pay at that price.

Meanwhile, one of McDonald’s main competitors, Burger King, has decided to hunker down on the fast and cheap patties.

No news on whether the Big Mac Index—an informal comparison of purchasing power parity using the price of a Big Mac from the Economist and started in 1986—may one day have to be replaced by a fresh burger index.

Shares of McDonald’s have fallen 3.5% since the start of the year. It’s down nearly 13% since the stock’s all-time high closing price, $130.58 in mid-May. In its most recent quarterly earnings report in July, McDonald’s fell short of expectations, with comparable sales in U.S. restaurants open at least 13 months rising just 1.8%, revenue falling 3.5% to $6.27 billion, and earnings per share of $1.45.