Why Shake Shack Will Never Be McDonald’s 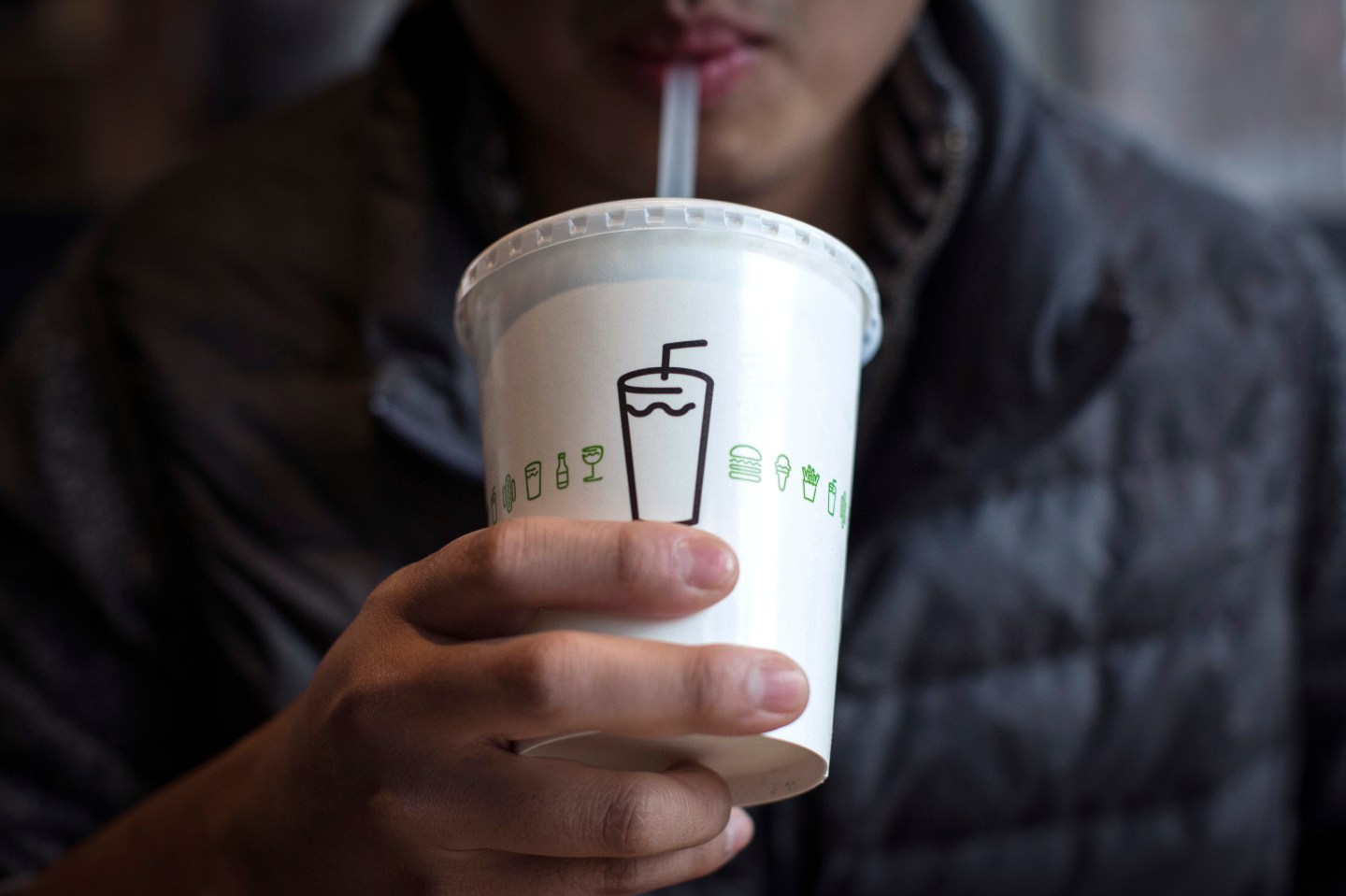 A man drinks a shake at Shake Shack in New York January 30, 2015. Shares of trendy hamburger chain Shake Shack Inc soared as much as 150 percent in their first day of trading on Friday, valuing the company that grew out of a hotdog cart in New York's Madison Square Park at nearly $2 billion. REUTERS/Andrew Kelly (UNITED STATES - Tags: BUSINESS FOOD) - RTR4NNCC
Photograph by Andrew Kelly — Reuters

Shake Shack and McDonald’s are both in the burger business. But their differences far outweigh their similarities.

“Pride in our product makes us hard to beat” sounds like something a Shake Shack executive would say today about the quality of the fast-casual concept’s food. But those comments were attributed to McDonald’s (MCD) then-senior chairman in a Fortune magazine story published in late 1979.

Sound familiar? It should. This is what Shake Shack (SHAK) CEO Randy Garutti told analysts yesterday: “Shake Shack is for people who want to understand where their food is from, and have a higher expectation of when they go out to eat a burger, where they want to get it, and are willing to pay a little more for it.” Garutti was touting the New York burger chain’s stellar first quarter, the second results issued by the company since it went public in early 2015.

At first glance, it’s easy to compare Shake Shack to McDonald’s. Will the smaller upstart one day behave like its larger rival?

The companies couldn’t be more different today. Shake Shack’s shares have tripled since going public in January, while McDonald’s shares have only increased a scant 4.4% this year. Shake Shack is projected to report a 42% sales increase for the year to total $168 million, much better than the 9% sales drop for McDonald’s, which is expected to pull in nearly $25 billion in revenue this year.

And in terms of store count, Shake Shack has no aspiration to be the next McDonald’s. The chain has cautiously said it could eventually open “at least 450” restaurants. McDonald’s has over 36,000 locations globally.

The companies’ supply chains are also vastly different. Shake Shack utilizes just five suppliers for its beef, with about 88% of the company’s ground beef patties supplied by just one of those firms. Potato buns and custard each come from a single supplier. It’s simply impossible for a company the size of McDonald’s to rely so heavily on so few suppliers. Shake Shack also serves freshly ground, never frozen beef. McDonald’s burgers are frozen; there’s usually a space of two to three weeks between when a burger is formed and when it’s eaten. As consumers become more aware of how their food is made and aim to dine on locally-produced food, Shake Shack has a clear edge.

While Shake Shack does license its brand, it’s shown little interest in aggressively pursuing the franchise strategy that made McDonald’s so massive. It also operates in a popular fast-casual concept, lingo for restaurant chains that charge roughly $10 for a quick meal that uses ingredients consumers perceive to be fresher and healthier. It raised prices twice since September to help offset commodity costs, but that didn’t dent traffic trends at Shake Shack’s restaurants.

Shake Shack isn’t the first company to move towards the fast casual concept — it was first perfected by brands like Chipotle (CMG) and Panera (PNRA). Analysts believe Shake Shack’s future looks more like them than it does McDonald’s.

“Maybe not the next Chipotle yet, but pretty darn impressive,” wrote Jefferies in a research note following Shake Shack’s home run first-quarter report. Those results included a 56% jump in revenue to $37.8 million as the chain showed it can compete in new markets outside of Manhattan, including Las Vegas and Chicago. The company’s story is still “in its infancy, supporting industry-leading annual unit growth of 20%+,” Barclays said.
[fortune-brightcove videoid=4107919878001]

But Shake Shack does take a page or two from the Golden Arches. Garutti earlier this year told Fortune that the company has three main focuses: prime real estate, ingredient selection, and developing the right team as Shack expands. Meanwhile, here’s what Fortune wrote about McDonald’s in 1979: “McDonald’s real business is real estate. Buying prime locations has proven as important to McDonald’s success as the patty machine.” Shake Shack is also known for its well placed restaurants, from the Madison Square Park store that started it all to a restaurant located in New York City’s Theater District. The Las Vegas location is on the strip, while a Philadelphia restaurant is about a block away from the iconic Rittenhouse Square. Those well-placed restaurants have helped Shake Shack generate high traffic and better average unit volume than many fast-casual peers.

Shake Shack could look to McDonald’s history for some strategy advice, too. The company now finds itself in a similar battle for supremacy that McDonald’s found itself in when it was fighting Burger King, Wendy’s and chains that sold pizzas, tacos and fried chicken in a fast-food market that reached $25 billion annually by 1979. Today, Shake Shack is taking on plenty of other newly public fast casual chains that are today regional operators but one day aspire to be national brands. But Shack says it has an advantage: Americans love their beef.

“Burgers are the number one dine-out segment in America and I don’t think that is going away any time soon,” Garutti recently told Fortune. “Now when people want to go out for a burger, they say, ‘We want a good one.'”