Why Salesforce Will Keep Using Twitter Data Regardless of a Takeover 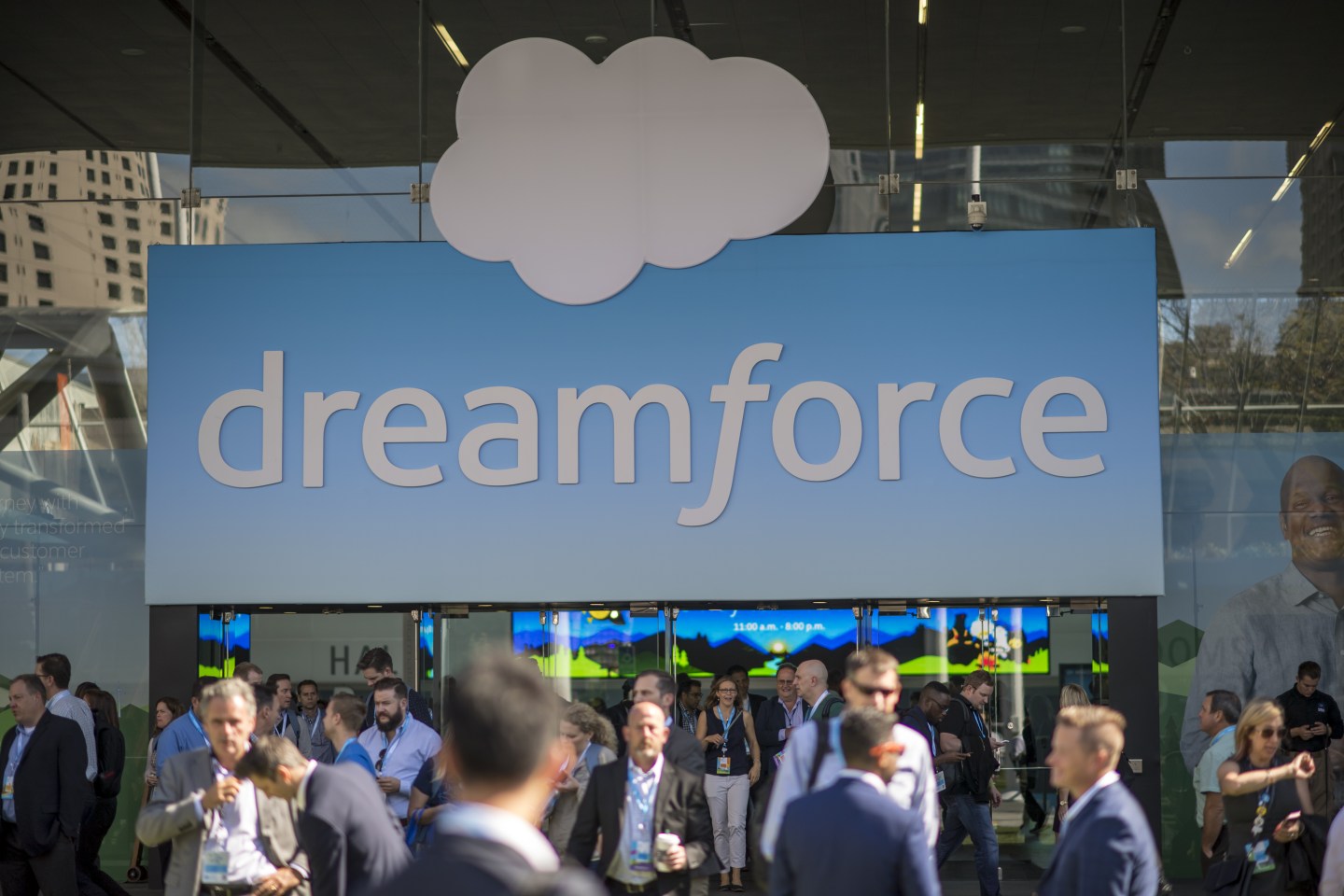 Attendees exit a convention hall during the DreamForce Conference in San Francisco, California, U.S., on Tuesday, Oct. 4, 2016. Salesforce.com Inc. isn't wasting any time putting its new acquisitions to use in a bid to strengthen its business software against larger rivals such as Microsoft Corp. New products unveiled Tuesday will blend the company's services with Quip, the document company Salesforce purchased in August for about $600 million. Photographer: David Paul Morris/Bloomberg via Getty Images
David Paul Morris — Bloomberg via Getty Images

The other shoe hasn’t dropped at Salesforce’s annual Dreamforce event—yet.

There has been a lot of chatter, so to speak, about a rumored bid from Salesforce to buy Twitter, although chief executive officer Marc Benioff downplayed the issue to analysts on Thursday. While the company looks “at a lot of things… the number we acquire is very few,” said Benioff, according to the New York Times.

“Very few” is a relative term. In the past year, Salesforce (CRM) has made nearly a dozen acquisitions, although none of them come close to the estimated $20 billion that a Twitter buy would require. The most recent purchase of Krux was for a mere $700 million.

Benioff’s purported desire to nab Twitter with its 300 million active users is reportedly driven by the fact that it’s desire to acquire professional social network LinkedIn was thwarted by Microsoft (MSFT), which dropped $26 billion for that company in June.

Salesforce vice chairman and president Keith Block would not comment on any M&A deals. But in response to a question during a Dreamforce press briefing, he reiterated that the company has access to the Twitter “firehose” of data. That global strategic alliance was announced four years ago. IBM (IBM), Google (GOOG), and a handful of other companies have similar deals with Twitter.

In theory, that means the data is (and will be) available to Salesforce going forward—although it’s possible a rival could purchase Twitter (TWTR) and turn off the spigot. Earlier this week, Salesforce’s chief legal officer Burke Norton voiced concerns about Microsoft foreclosing access to LinkedIn data to its competitors, which include Salesforce.

In response, Microsoft president and chief legal officer Brad Smith said Microsoft has no intention of doing so, adding that “LinkedIn data is public today, and we want to make that data useful in lots of new ways.”