GM’s CEO: The Sharing Economy Is a Bigger Shift Than Electric, Autonomous 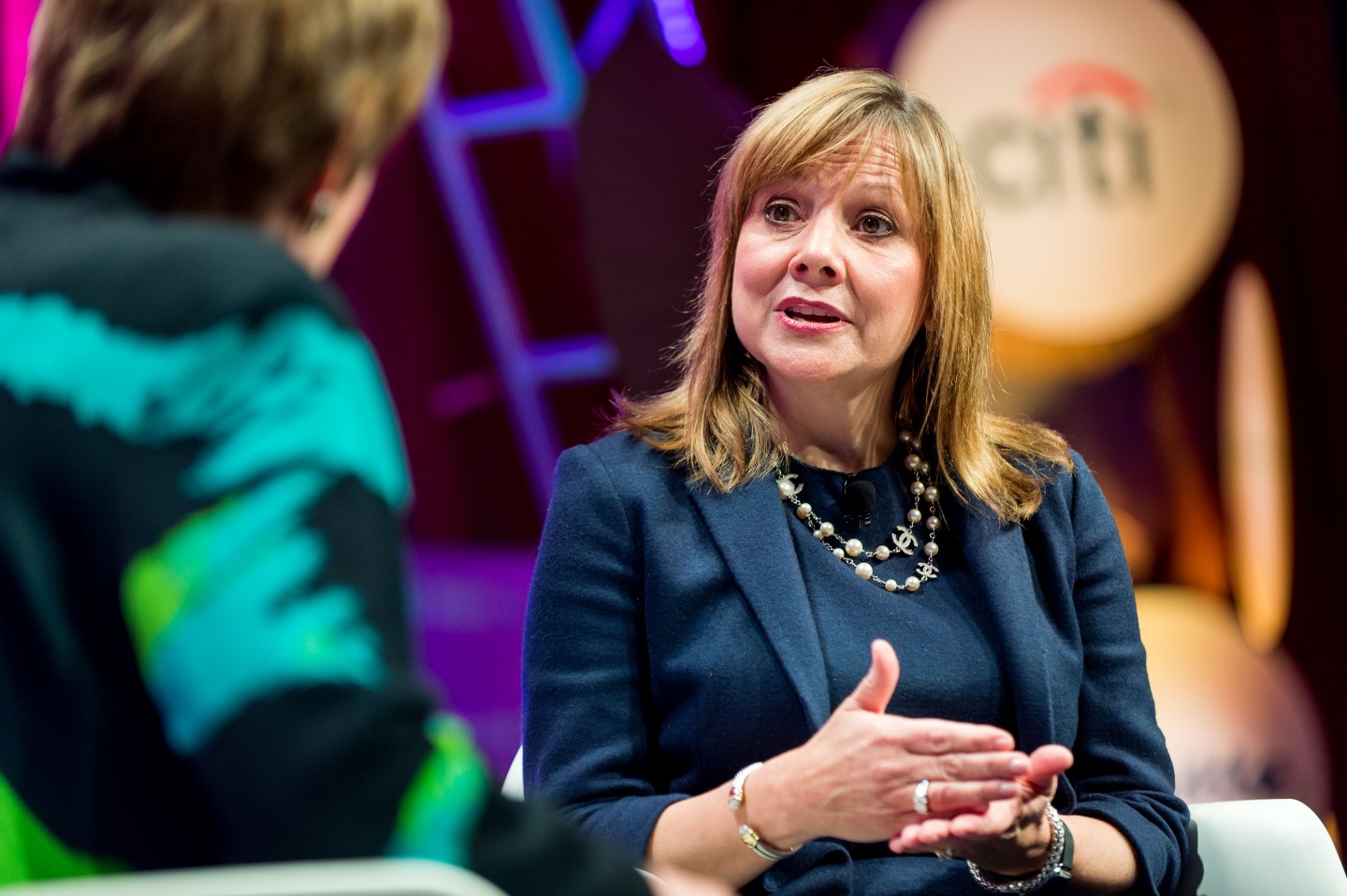 General Motors CEO Mary Barra says the auto industry is undergoing at least four fundamental changes, but that the emerging practice of sharing rides and cars is requiring the biggest shift in the way the company—and its employees—think.

While electric cars, connected vehicles and autonomous driving are transforming the auto sector, these are tech-driven trends that GM’s tens of thousands of engineers have experience working on, said Barra in a conversation with Salesforce’s CEO Marc Benioff and Alan Murray, Fortune‘s editor-in-chief and Time Inc.’s chief content officer, at Salesforce’s Dreamforce conference on Thursday afternoon.

In contrast, ride- and car-sharing requires “a different mind set than the other technology-driven ones,” said Barra.

Perhaps a difficulty in changing GM’s mind set around sharing is one of the reasons that GM invested $500 million into ride-sharing company Lyft earlier this year. In the long term, GM plans to deploy its own self-driving cars within Lyft’s ride-sharing service.

Barra, who Fortune listed as its Most Powerful Woman this year, said that with the growing numbers of people living in dense urban environments, GM’s customers are seeing a change in their relationship to cars: There’s little parking, the parking that’s available needs to be paid for, and there’s traffic. The cost of owning a vehicle “isn’t as high,” as it once was in these environments, said Barra.

Barra took the role of CEO at GM in 2014 and immediately had to deal with GM’s ignition switch scandal, linked to 124 deaths and 275 injuries. During the conversation on Thursday, Benioff heaped praise on Barra for handling the problem and reinstating customer trust in GM.