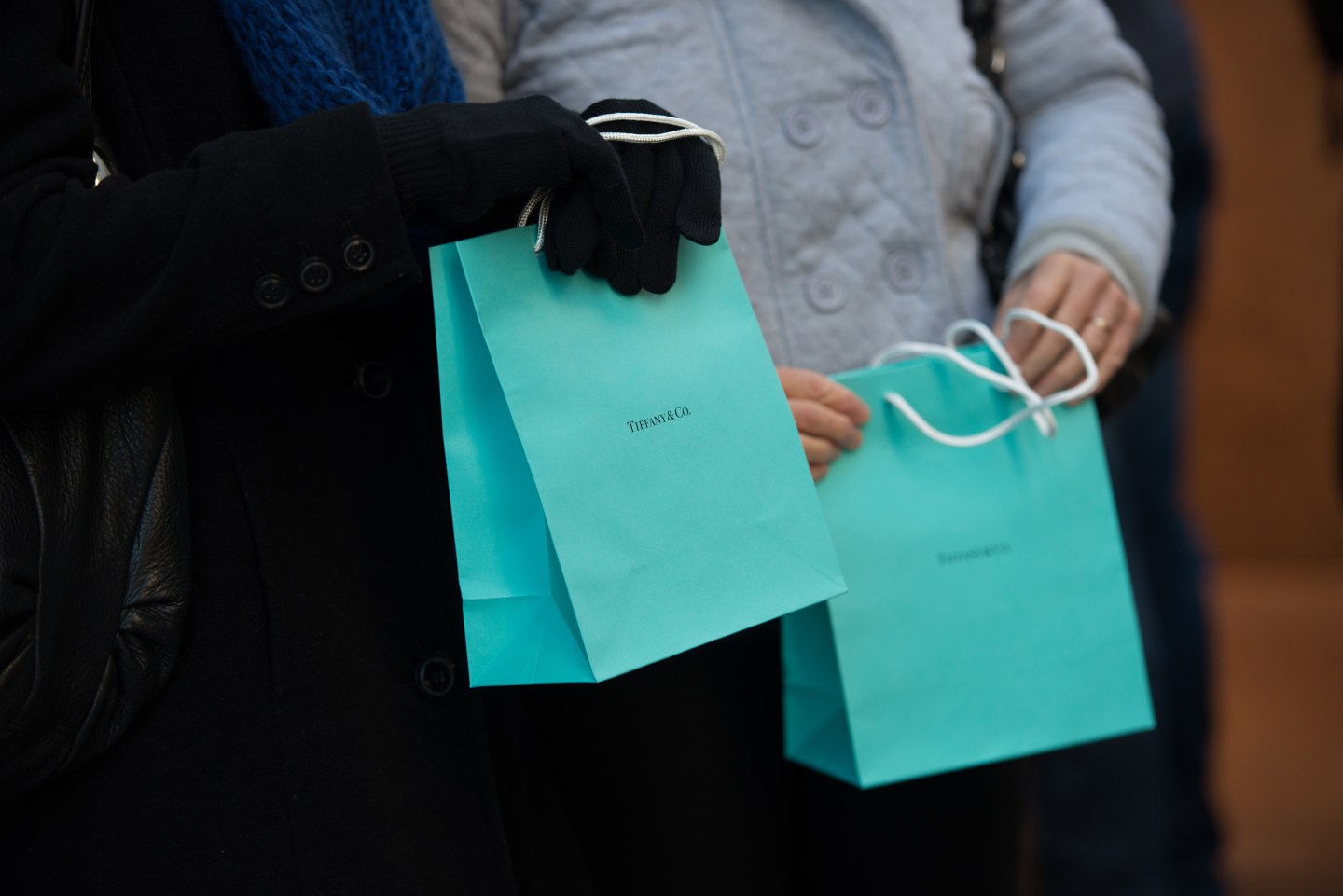 A New York civil jury on Wednesday ordered Costco Warehouse (COST) to pay Tiffany & Co (TIF) $8.25 million in punitive damages for selling engagement rings with the “Tiffany” name on them just days after the bulk retailer was ordered to pay $5.5 million in compensatory damages.

Tiffany had sued Costco on Valentine’s Day in 2013, accusing its rival of selling inferior imitation rings. Last week, the jury awarded Tiffany $5.5 million in compensatory damages for Costco’ profits going back to 2007.

At issue in the Tiffany-Costco dispute was the sale of a mere 2,500 rings, net of those customers returned (Costco offered refunds), worth about only $10 million. But the real reason Tiffany has gone all out in this case has been to to defend what it calls its biggest asset: the value and cachet of its brand. That’s crucial for its engagement jewelry, a category that generates 30% of Tiffany’s company sales. The company holds 97 trademarks linked to its name, the first being used all the way back in 1868.

“The award validates the strength of the Tiffany trademark, the value of our brand, and most importantly, sends a clear and powerful message to Costco and others who infringe the Tiffany mark,” said Leigh Harlan, Tiffany’s general counsel. “It is critically important that the Tiffany name not be used to sell any engagement ring that is not its own.” Costco did not immediately return a request for comment.

In December 2012, a woman in California complained to Tiffany that she was disappointed to see Costco selling Tiffany diamond engagement rings. After looking into the matter, Tiffany found rings in a display case at the Huntington Beach Costco labeled with the word “Tiffany” and discovered that a salesperson at the store there referred to them as such.

Though Costco has argued that “Tiffany” is a generic term for a type of setting, citing among other things an entry in Webster’s New World dictionary, a U.S. District Court in Manhattan last year found that Costco knowingly infringed on Tiffany’s intellectual property.

Costco can still appeal the awards, and a judge could modify them.

The battle comes as discount chains like Costco and Wal-Mart Stores’ Sam’s Club claim a growing share of the U.S. fine jewelry market. Indeed, Costco is no slouch in the gem world: its engagement rings go for as much as $27,000, and it once even listed a $1 million 6.5-karat ring on its website. Meanwhile, Tiffany’s U.S. sales are feeling a pinch from lower spending by tourists.