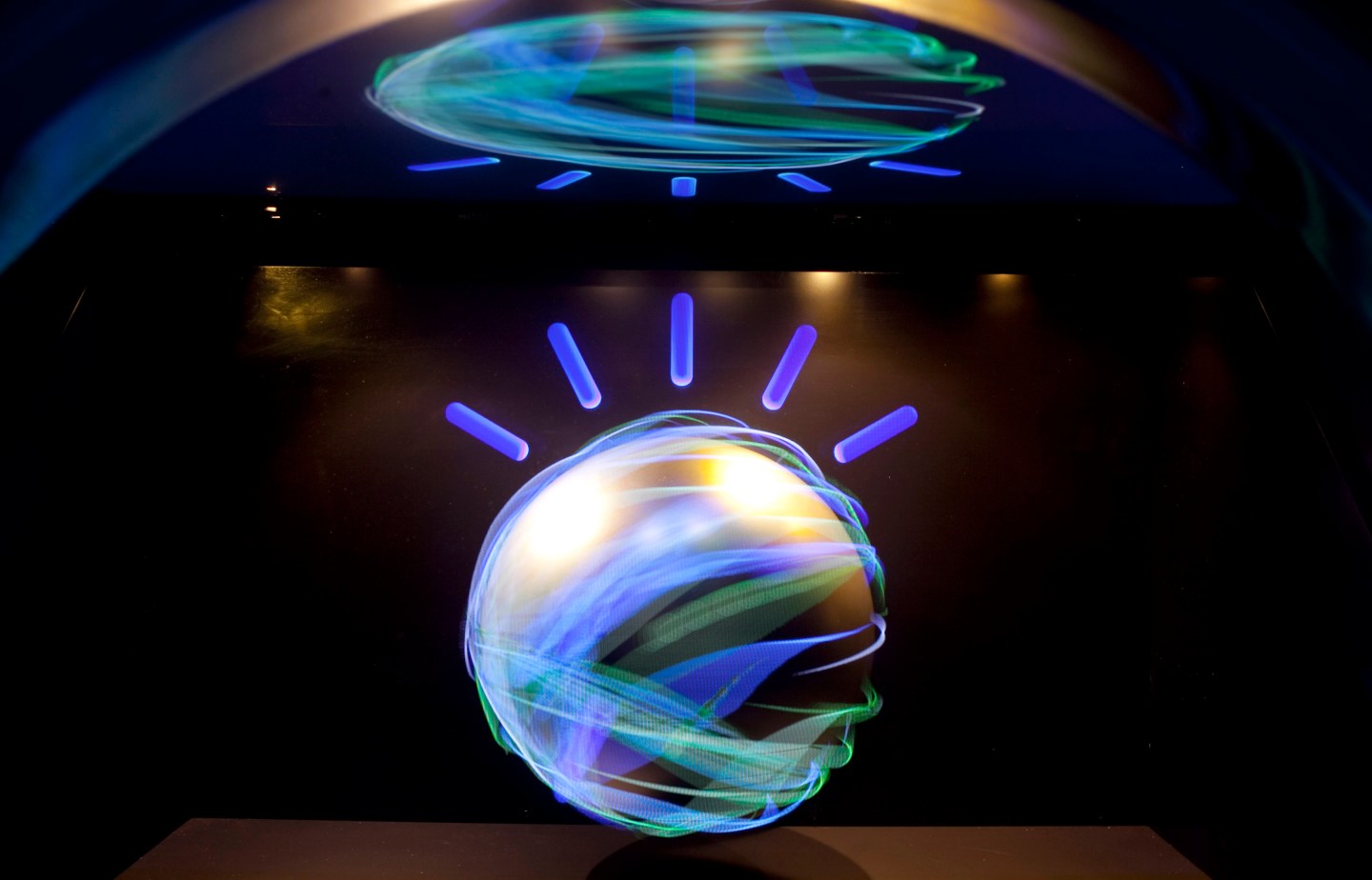 NEW YORK CITY, NY- MAY 27: IBM Watson's computer housing case. IBM's Watson computer is best known for winning Jeopardy, unaware of time constraints, while playing against humans. Some of Watson's other features are based in problem solving across many different careers. A demonstration showed how quickly Watson is able to diagnose illnesses, and provided a real life case that took doctors and nurses six days to diagnose, and only ended with the correct diagnosis because a nurse had seen the disease before. Based on symptoms input, Watson was able to correctly diagnose in minutes. The demonstration took place at IBM Watson's New York City, New York office on May 27, 2015. (Photo by Andrew Spear for The Washington Post via Getty Images.)
Andrew Spear — The Washington Post/Getty Images

IBM is getting into the business of advising Wall Street—using artificial intelligence.

“Promontory’s professionals will train Watson, which will learn by continuously ingesting regulatory information as it is created and through interaction in real-world applications,” IBM revealed in a press release, noting the surge in complex financial regulation following the financial crisis. “This is a workload ideally suited for Watson’s cognitive capabilities intended to allow financial institutions to absorb the regulatory changes, understand their obligations, and close gaps in systems and practices to address compliance requirements more quickly and efficiently.”

Promontory has played consultant to banks including Citigroup, Bank of America, and Morgan Stanley, who gravitated toward the consulting firm due to its employee pool full of former top regulators. American Banker once dubbed Promontory “banking’s shadow regulator” for its wide reach.

IBM didn’t disclose the price it paid for Promontory, which is private. But the deal is likely to make Eugene Ludwig, Promontory’s founder, even wealthier. Ludwig is a former head of the Office of the Comptroller of the Currency. A few years ago the New York Times reported that Ludwig makes over $30 million annually, more than most bank CEOs.

IBM’s Watson was used commercially for the first time at the Memorial Sloan Kettering Cancer Center to help diagnose patients and recommend treatments. Watson does so by sifting through its database filled with millions of oncology studies, and making recommendations just seconds or minutes later, Wired reported. Not only is it faster than a human mind and more accurate, but IBM says Watson could help lower healthcare costs.

If those same benefits could be realized in bank compliance, it would be a major relief to big banks, which have complained that the cost of regulatory compliance has shot up dramatically since the financial crisis. New and heavy regulation following the financial crisis cost the six biggest U.S. banks $70.2 billion through the end of 2013 according to a study by Federal Financial Analytics. For example, J.P. Morgan Chase hired some 4,000 compliance officers in 2013, while Citigroup is said to be spending an additional $1.7 billion in 2015 in compliance related investments.

But Promontory’s regulatory advice hasn’t always been the best, or cost effective. In 2013, the Wall Street Journal reported that Promontory was paid $927.5 million to conduct a review of a number of the biggest banks’ foreclosure practices. The review was eventually shut down, after it was determined it was too slow and not cost effective. Last year, Promontory was fined $15 million by New York’s top banking regulator for improperly conducting an investigation of money laundering at British bank Standard Charterd.