The Humbling, Humiliating True Story of a Middle-Aged Woman in Hollywood 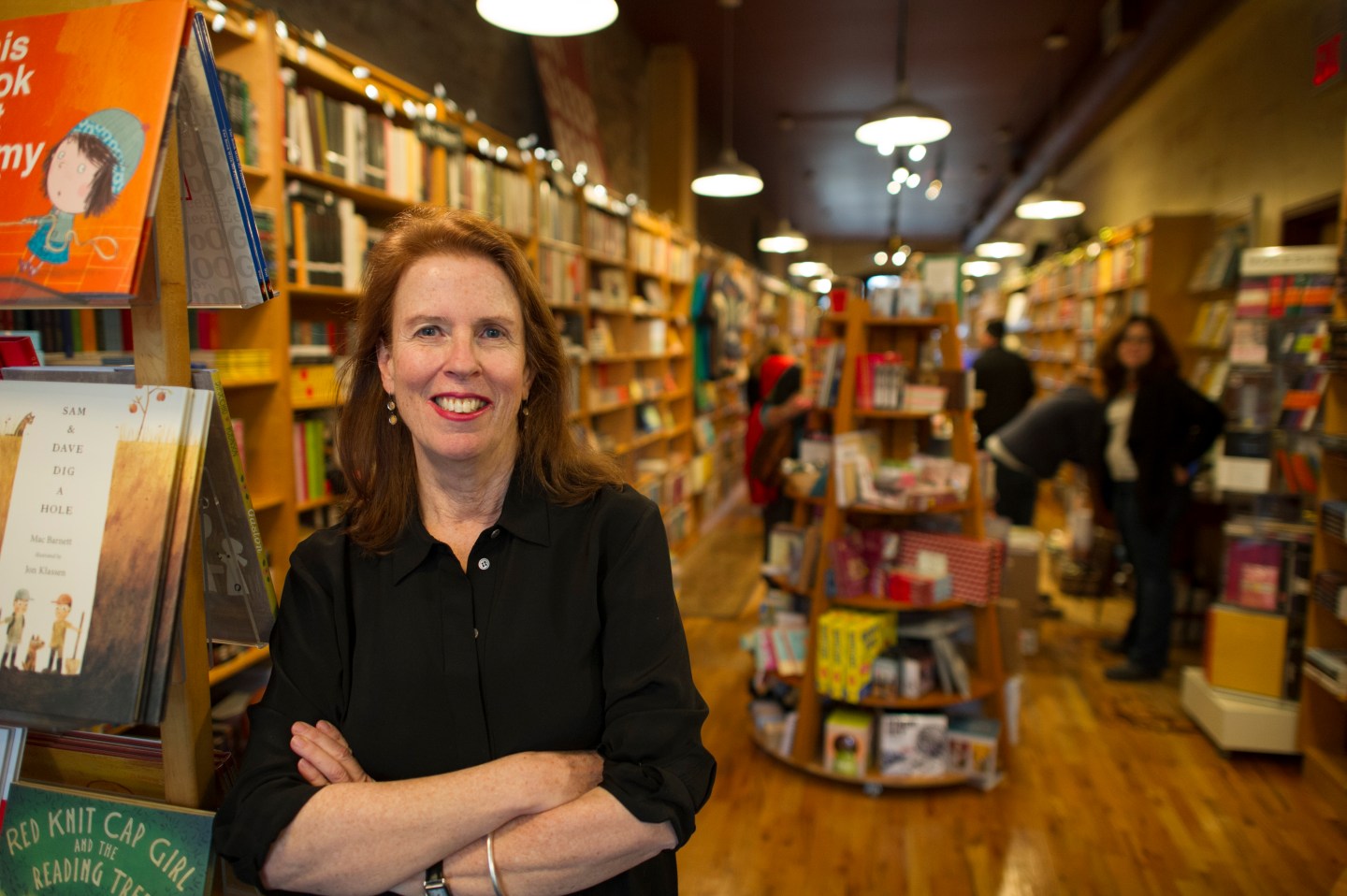 Pamela Redmond Satran, author of, "Younger" inside one of her favorite Montclair bookstore, Watchung Booksellers on a recent Friday. Ms. Satran's book has been picked up by TVLand to be turned into an original TV series. Gregg Vigliotti for The New York Times
Photography by GREGG VIGLIOTTI 2014

There’s a superstition among novelists that the things you make happen to your characters might happen to you. This goes far toward explaining why I wrote a novel called Younger about a middle-aged mom escaping the suburbs for a new life in the city in the arms of a 26-year-old tattoo artist. Wishful thinking or prophecy? Maybe both.

Ten years after Younger was published and three months before the eponymously-named television series based on the book premiered in 2015, I left my marriage and my life in suburbia to reinvent myself in Los Angeles as a television writer. Like my heroine, I started at the bottom with beginner’s classes and began hanging out with people the same age as my kids.

Now that the TV Land show is starting its third season, it’s not like I watch Younger every week and think, Sutton Foster, c’est mois. She’s a lot thinner than I am, for one thing, and she has way more sex. Plus she’s pretending to be young in her hot new life, while I’m doing something way more challenging: living my hot new life as my regular old self.

When I tell people in my general age bracket – let’s just say I voted for George McGovern – that I sold my big old house and left behind ten rooms of stuff and moved to a rented cottage in Venice, their first response is usually envy. So light! So free! And it’s true: Often these days even I want to be me. But that envy is usually followed by fear.

Which I understand, too, because starting a new career and making new friends all over again is even scarier and more difficult than it sounds.

It’s not like you go to a new place and get credit for all those warm relationships and rich professional connections you left behind. What you get are demerits: Why are you so old yet don’t already have all your friends? How is it that you’ve worked so long yet still need to earn money? Plus: why should we hire you to do something you’ve never done before when we can hire someone who’ll work longer hours for less money and is also a lot better looking?

I mean, it’s LA, so people don’t actually say those things. They smile and act nice. And then you never hear from them again.

But hey, that’s what starting out is all about, right? The neophyte of whatever age is by definition insecure, an outsider, in the position of having to knock on lots of doors and hear plenty of nos and stay optimistic in the process.

To reinvent yourself you have to get comfortable with feeling uncomfortable, to make friends with ignorance and rejection. Living in Hollywood is not all riding your bike along the beach and drinking cocktails at Chateau Marmont – I only do stuff like that five or six times a week.

The rest of the time I’m exactly where I was in New Jersey, sitting on my sofa with my feet up typing as fast as I can. I’ve worked seriously on my television writing in the year and a half since I moved here, finishing one drama and two comedy pilots, meetings lots of managers and producers and network executives and pitching my ideas. I’ve found a writing group and made new friends who’ve worked on movies and shows I’ve actually heard of. But if I were depending on my new TV writing career to pay the bills, I’d be living under the 405.

Luckily I have my fiction writing and blogging business to fall back on, because I’m also not willing to do a lot of things my younger friends do to try and break into the business. Be a low-paid assistant to an established TV writer, for instance, which may involve anything from picking up their dry-cleaning to doing all their writing for them. Or become an assistant or even a staff writer on someone else’s show, which reportedly means you have to go to work every day.

Television executives talk a lot about how writers should pitch shows based on their own real lives, but I don’t think that’s true if you’re a woman over 50 who could never pass for 26. I know because I’ve tried this and my pitches have been met with such horrified disbelief that you would think I’d suggested a show about a zombie apocalypse or brain-eating insects, except less appealing.

But if the TV writing part of my new life has had some challenges, the rest of my life in Los Angeles has been wonderful. (I mean awesome!) After a year and a half, I have real friends here, a diverse group in every way. One of my new friends and I even are talking about starting a business that combines television and web elements, and I’m working on a new novel that is funnier and more ambitious than anything I’ve ever written.

It’s about this middle-aged mom, see, who moves to LA and becomes the secret creator of the biggest hits on TV. She’s afraid if she reveals her true identity, the shows will be discredited because the world sees her as both too new and too old to create anything worthwhile. But when she is outed, she finds to her surprise that instead of being rejected, she is celebrated as brilliant and insightful and becomes rich and famous.

With any luck, this fiction will also come true and I’ll get to use it as the end of my reinvention memoir. Maybe then someone will want to turn my real life into a TV show. But I wouldn’t bet on it.

Pamela Redmond Satran is the New York Times bestselling author of the novel Younger and the humor book How Not to Act Old, and the co-creator of the website Nameberry.