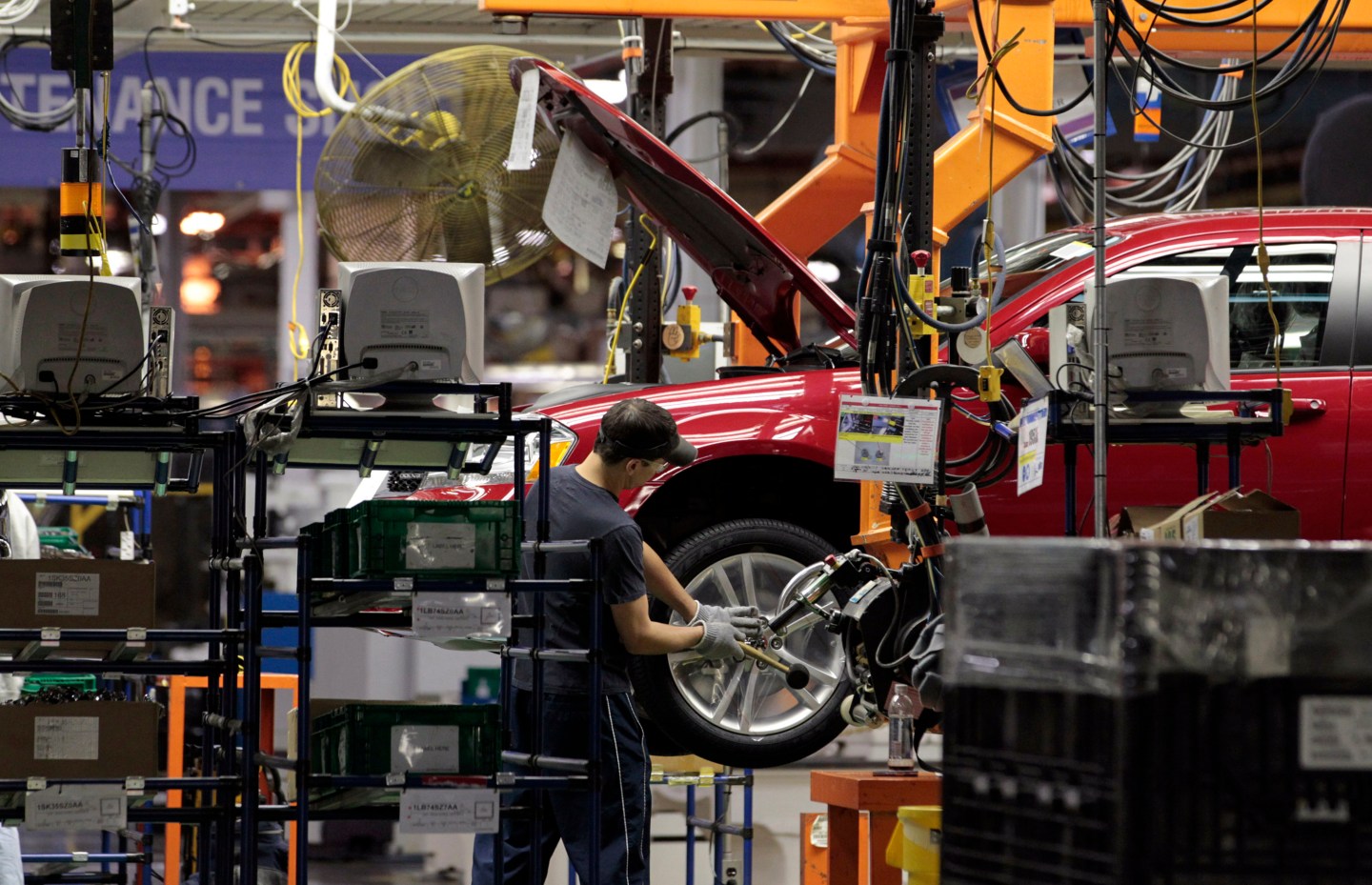 A worker assembles a 2011 Dodge Avenger at Chrysler Group's production plant in Sterling Heights, Michigan, U.S., on Monday, Dec. 6, 2010. Chrysler Group LLC, the U.S. automaker operated by Fiat SpA, celebrated the extension of production, the addition of a second shift and an $850 million investment at the facility.
Photograph by Jeff Kowalsky — Bloomberg via Getty Images

Donald Trump may be railing against the U.S. auto industry for sending jobs out of the country, but one major automaker says it’s adding hundreds of new jobs in the Detroit area.

Fiat Chrysler announced plans to create 700 new jobs at the Sterling Heights Assembly Plant as it ramps up operations there to produce the company’s next generation of Ram 1500 trucks, according to a press release from the City of Sterling Heights. FCA US, Fiat’s domestic unit, previously announced over the summer that it would invest $1.48 billion in the Sterling Heights plant to pave the way for its line of 2018 Ram 1500s.

In a statement, Sterling Heights Mayor Michael Taylor expressed gratitude “for FCA’s long term commitment” to the city. “The economic impact from these new well paying jobs, not to mention thousands of jobs preserved at both Sterling Stamping and SHAP, equates to millions of dollars in the local and regional economy,” Taylor said.

Fiat also said on Tuesday that it is receiving a $4.56-million grant in return for creating the 700 new jobs, which follows a tax break worth more than $11 million that the company has already been granted by state authorities in Michigan with regard to its investment in the Sterling Heights plant. The efforts from the state and the company to retool the plant come after Fiat said in April that it would cut about 1,300 jobs in Sterling Heights on account of a major drop in sales for the Chrysler 200 midsize sedan. USA Today reports that FCA has said the 700 new jobs will be in addition to any laid-off workers returning to the plant.

The plant still currently makes the Chrysler 200, but Fiat has discontinued the sedan. Fiat’s Ram 1500 production will move to Sterling Heights from a truck assembly plant in Warren, Michigan.