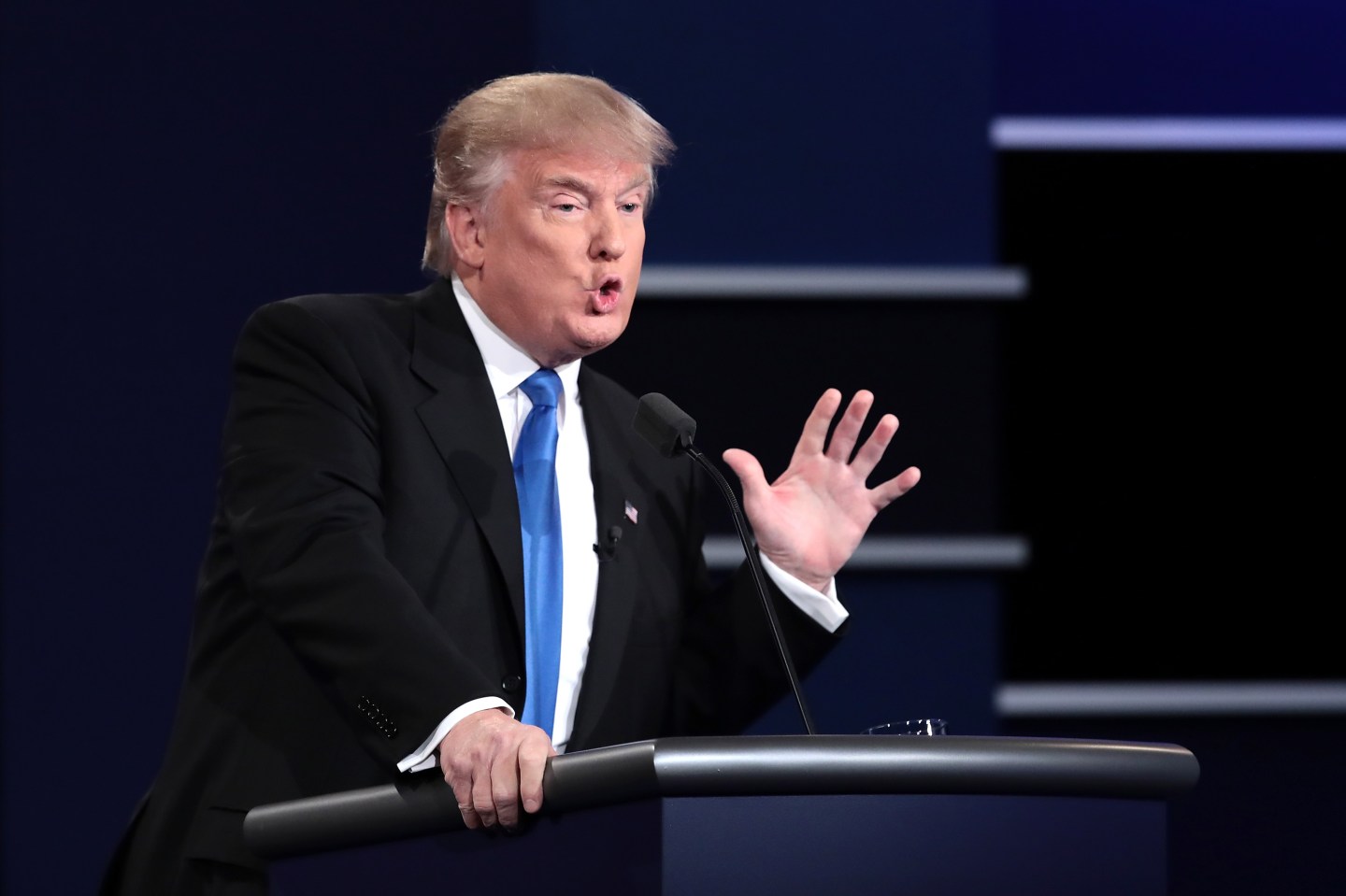 Black and Hispanic people in inner U.S. cities are “living in hell,” Donald Trump said during the presidential debate Monday.

The Republican presidential nominee called for “law and order” when addressing race issues and the rift between minority communities and law enforcement while facing off with Hillary Clinton at Hofstra University.

“We need law and order. If we don’t have it, we’re not going to have a country,” Trump said. “African Americans and Hispanics are living in hell. You walk down the street and you get shot.”

Trump also warned of “gangs roaming the streets” and said “African American communities are being decimated by crime.”

Hillary Clinton pointed out that crime has decreased. The two presidential candidates were asked to explain how they would heal communities torn apart by fatal police shootings, including recent incidents in Oklahoma and North Carolina.

Clinton called for criminal justice reform and a restoration of trust between communities and the police. She also said the country has to “tackle the plague of gun violence,” which she says is a “big contributor” to the issue.