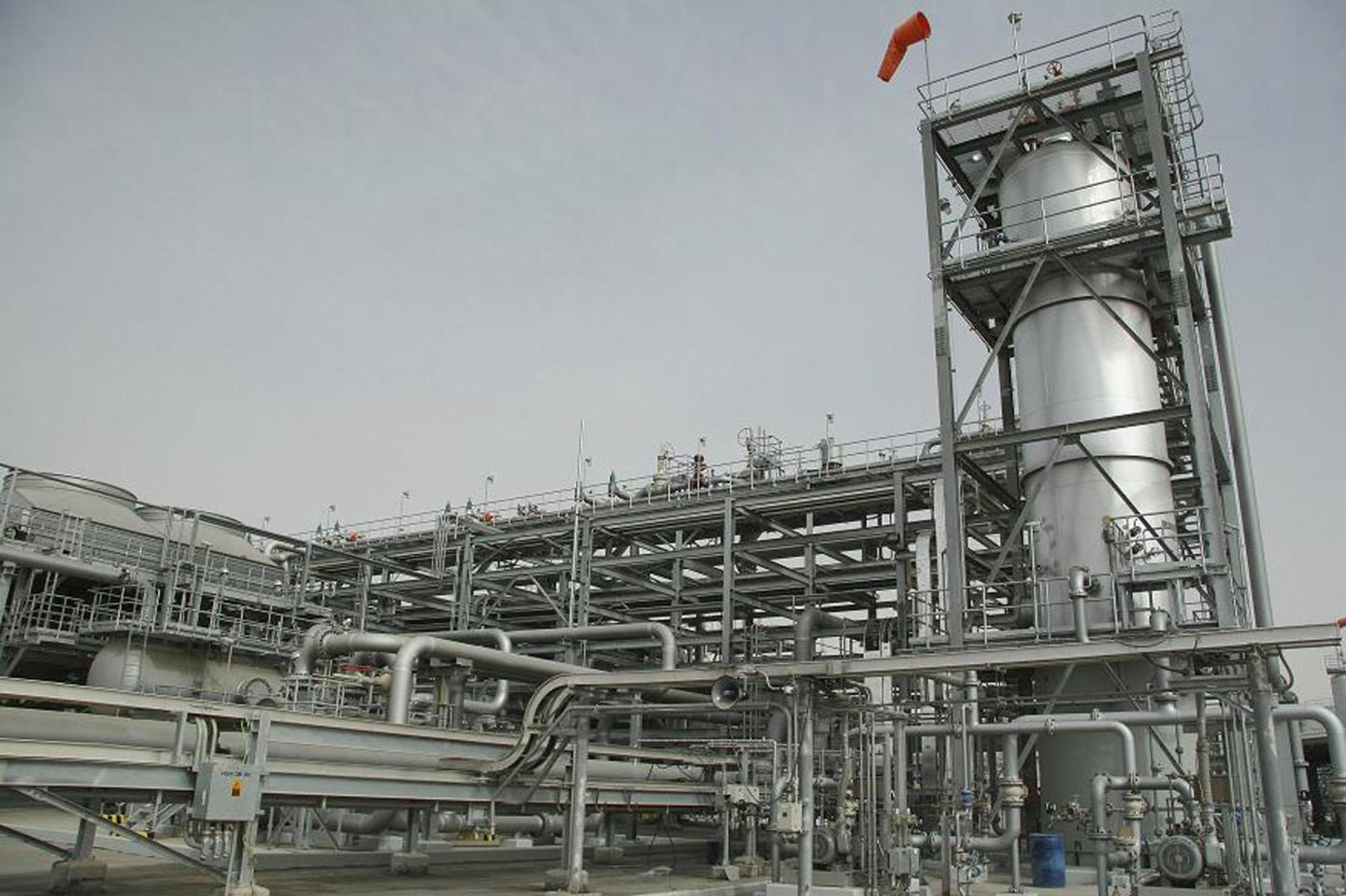 Haradh, SAUDI ARABIA: A general view shows a new plant inaugurated 22 March 2006 in Haradh, about 280 kms (170 miles) southwest of the eastern Saudi oil city of Dhahran, launching a project adding 300,000 barrels of oil to the kingdom's daily production capacity. The facility which was opened today in a ceremony attended by Saudi Oil Minister Ali al-Nuaimi was completed in January, ahead of schedule, the company said. Approximately 160 kms (100 miles) of new pipeline and extensions will transport crude and gas products to processing facilities further north in the Eastern Province, a statement said. Saudi Arabia, the world's top crude producer and exporter, currently pumps around 9.5 million bpd of oil and has a production capacity of around 11 million bpd. AFP PHOTO/STR (Photo credit should read -/AFP/Getty Images)
- AFP/Getty Images

Saudi Arabia has offered to lower its own oil production if rival Iran agrees to cap its output this year, in a major compromise ahead of talks in Algeria next week, three sources familiar with the discussions told Reuters.

The offer, which has yet to be accepted or rejected by Tehran, was made this month, the sources told Reuters on condition of anonymity.

For more on the oil market, watch Fortune’s video:

Riyadh is ready to cut output to lower levels seen early this year in exchange for Iran freezing production at the current level, which is 3.6 million barrels per day, the sources said.

“They (the Saudis) are ready for a cut but Iran has to agree to freeze,” one source said.