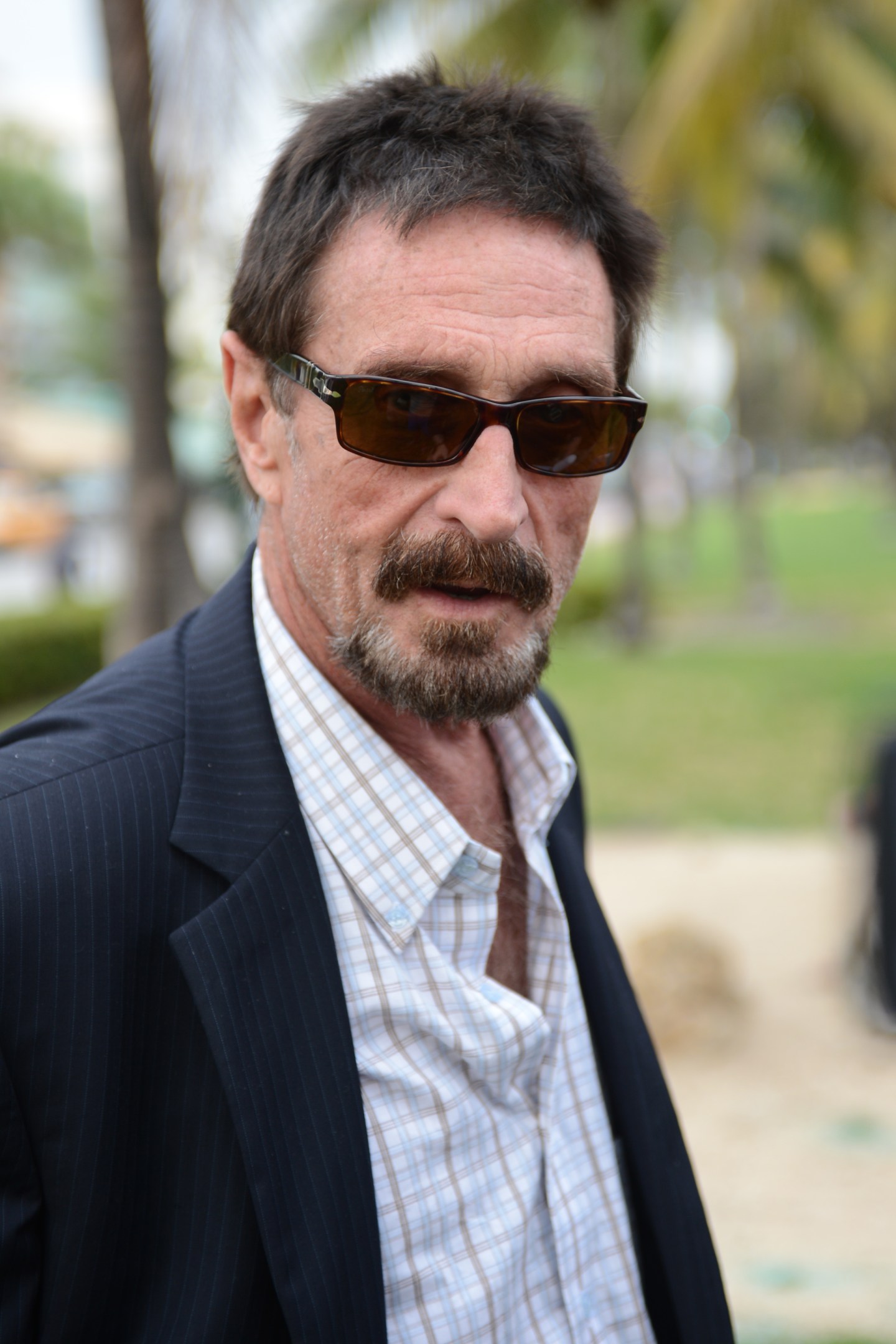 You’ve probably heard the name “John McAfee,” and not just because of the eponymous antivirus empire he built several decades ago. In 2012, McAfee was all over the headlines when he fled his former home, Belize, after local police sought to question him about the murder of a neighbor. (They eventually said he wasn’t a suspect.) And in 2015, he made waves with a run for the Libertarian Party nomination for the President of the United States. (The nomination was eventually won by New Mexico Governor Gary Johnson.)

Now, McAfee is all over the news again. And the headlines ain’t pretty. In fact, he’s making some of them himself, fighting back against new allegations.

A soon-to-be-released documentary about McAfee’s time in Belize alleges that he committed not one but two murders, and raped a Harvard biologist who was running a lab with him in the Central American country. The film, which premieres September 24 on Showtime, was originally shown at the 2016 Toronto International Film Festival. Called Gringo: The Dangerous Life of John McAfee, it paints a disturbing picture of a man gripped by both power and paranoia. And, quite literally, a man who got away with murder.

Fortune reached out to McAfee and he responded with a four-paged rebuttal that states that he has been falsely accused—and tainted for years—by the press. He accuses Showtime of paying the sources in the documentary to speak on camera and accuse him of the crimes mentioned above. As evidence, he also sent links to videos in which some of the sources interviewed by Showtime appear to be recanting; in the YouTube videos they now claim they were paid to condemn McAfee on camera.

A Showtime spokesperson says they do not pay subjects for interviews.

Filmmaker Nanette Burnstein says she spent three months in Belize, interviewing and recording former members of McAfee’s security team, his ex-girlfriends (yes, plural; yes, at the same time) and others who knew him in Belize.”I was blown away,” Burnstein said in a phone interview with Fortune. “I didn’t expect to find the amount of shocking details that I did.”

Unlike crime docs like Making a Murderer, Burnstein doesn’t leave much to the imagination. The film alleges, among other things, that he had his neighbor killed after the neighbor supposedly poisoned his dog. The other murder allegedly involves a man who intruded into McAfee’s house in Belize; the documentary claims that McAfee had him tortured, and the man died as a result. (There are also mentions of McAfee’s propensity for coprophilia—not that it’s a crime, of course.) Watching her film, it becomes clear very quickly that she sees the evidence against McAfee as unequivocal. Says Burnstein: “Is he absolutely guilty of both murders? Do I have DNA evidence to prove it? I can’t. But I think that the evidence is so damning against him that I want people to think about how someone can get away with doing something like this.”

McAfee is now back in the States running a cybersecurity investment firm (and has been subpoenaed by the SEC for undisclosed charges). In his rebuttal, he claims “‘Gringo‘ is a fabrication from beginning to end.” It goes on to claim that Jeff Wise, a writer who co-executive produced the documentary, was romantically involved with the Harvard biologist interviewed in the documentary and that, rather than being the victim of sexual assault, she wasn’t doing her job, got fired and then “went berserk.”

More strikingly, it also claims that Wise was “in league” with a head of Belizean gang, whom McAfee refers to as his “archenemy.”

Wise responded to Fortune, saying: “Once again, as he has many times in his past, John McAfee is trying to create a smokescreen of outlandish falsehoods in order to escape responsibility for his actions. The claims that McAfee makes against me personally are self-evidently absurd and intended only to distract from the real story. This is a man who has many times boasted of his skill at deceiving the press. This time, he did not succeed. It is time he is held accountable.”

Even McAfee admits that it’s all a little hard to follow—let alone believe. As he writes in his rebuttal: “Preposterous! Yes indeed. Entirely so. I had a hard time believing it myself.”

There is no question the long-time security exec is eccentric. The question is, is he a criminal?

McAfee, for his part, asserts that he has been demonized by the press. He ends his rebuttal with a request that’s almost as unbelievable as both sides of the story: “Showtime is simply a naive and innocent party to this. No-one checked the back story. Although they still will owe me a retirement complete with private island and mega yacht. Please, Showtime, show some grace and simply pay me without the formality of having to deal with lawyers. I will accept $500 million. Thank you.”

September 25, 2016: This post has been updated with additional comments from Jeff Wise, co-executive producer of the documentary.