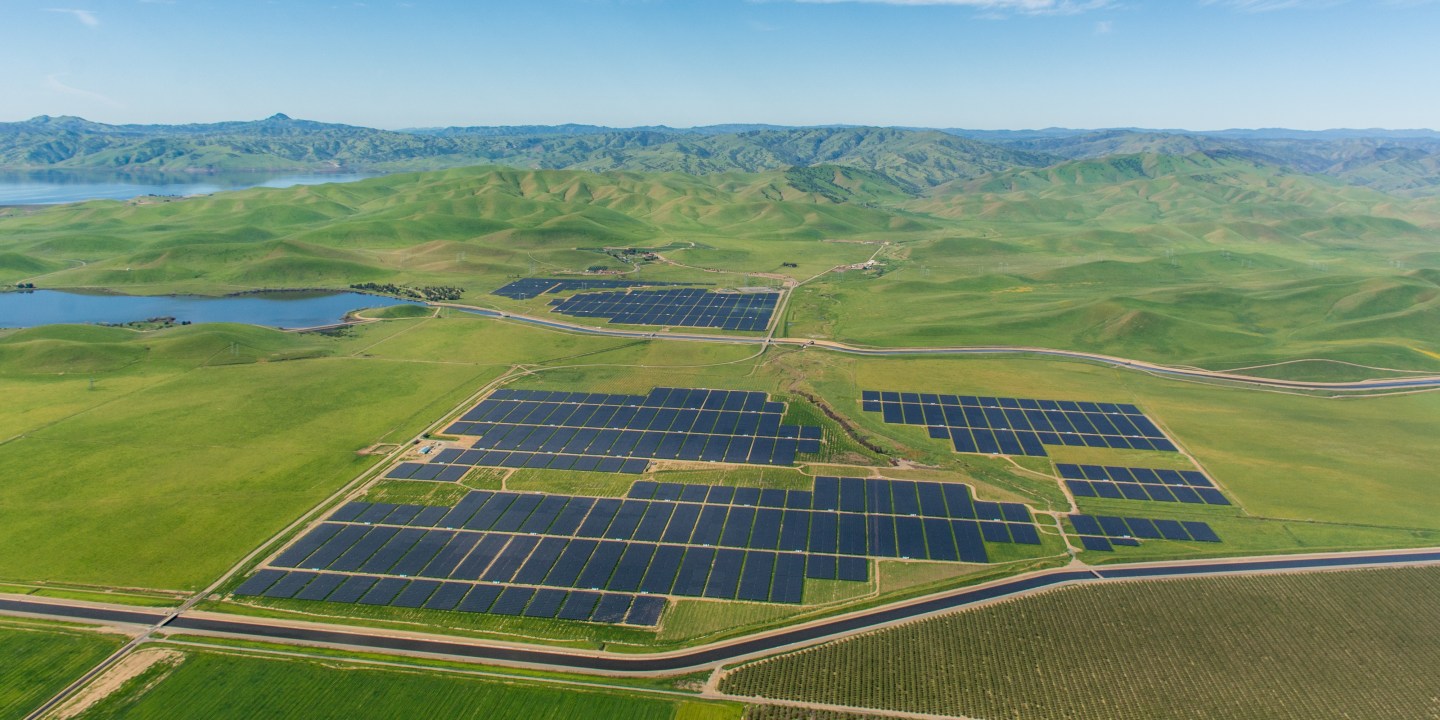 Solar panel maker and farm developer SunPower is embracing the latest in computing technology to help lower the cost of its solar panel farms while minimizing the impact that the farms have on land.

The Richmond, Calif.-based company on Tuesday announced an array of new technology that it’s using to design, build, operate, and monitor big solar panel farms that are built to sell energy to utilities and large companies.

See also: How Apple Is Pushing Its Suppliers to Use Clean Energy

While solar panels on home rooftops are the most visible form of solar energy, the majority of solar panels around the world are actually installed in sprawling ground-mounted systems. Seventy percent of the solar panels that will be deployed in the U.S. this year will be in these types of solar power plants.

But these large solar farms have a drawback. They have historically required a lot of space to place the rows upon rows of panels, gear, cables and power lines. For example, one of California’s first really big solar farms, called Topaz, stretches across almost 10 square miles with 9 million solar panels.

For more on the economics behind clean energy, watch Fortune’s video:

Environmentalists have long raised concerns about protecting animals and plants that share land with solar farms. Last week, the U.S. government released its plan to allocate only 388,000 acres of California’s deserts for clean energy projects, while putting aside 6.57 million acres for conservation.

Other countries, like Japan, which have limited space and large urban populations, are slowing the growth of solar partly over concerns about land use. Gone are the days where a solar farm can be built wherever a company wants it.

SunPower has started using drones to take aerial surveys and a 3D model of a potential solar site. Then smart software plots out various scenarios where panels should and should not be installed in order to make the new farm as low-cost and compact as possible.

SunPower says the software makes this design process 90% faster than it was before. Traditionally, it hasn’t been uncommon for solar companies to employ human surveyors to walk around a site taking notes and determining which portions of a site will be best for panels. That can take weeks and cost tens of thousands of dollars.

SunPower has also redesigned its solar farm gear, called trackers, which hold a panel and adjust it to face the sun as it moves across the sky. These trackers fit more solar panels on them than the standard ones do, enabling more energy to be created in a smaller space.

The company is working on ways that solar farms can share space with both crops and animals. On Tuesday, SunPower is announcing a new initiative with the University of California at Davis that will research how to integrate agriculture and solar farms. Already, in China, a SunPower solar farm was designed to allow yaks to safely graze amidst the rows of panels.

Finally, the solar giant is using robots to efficiently and quickly clean solar panels in dusty desert regions. The company says its robots can clean 10 megawatts worth of solar panels in 10 hours, using as little water as possible.

It’s not a surprise that SunPower is using computing tech to evolve its solar power plants. The industry has only been building big solar power plants for about five years, points out SunPower’s vice president of utility power plant products, Matt Campbell. “The first solar project that was greater than 10 megawatts was built the year of the iPhone,” he said.