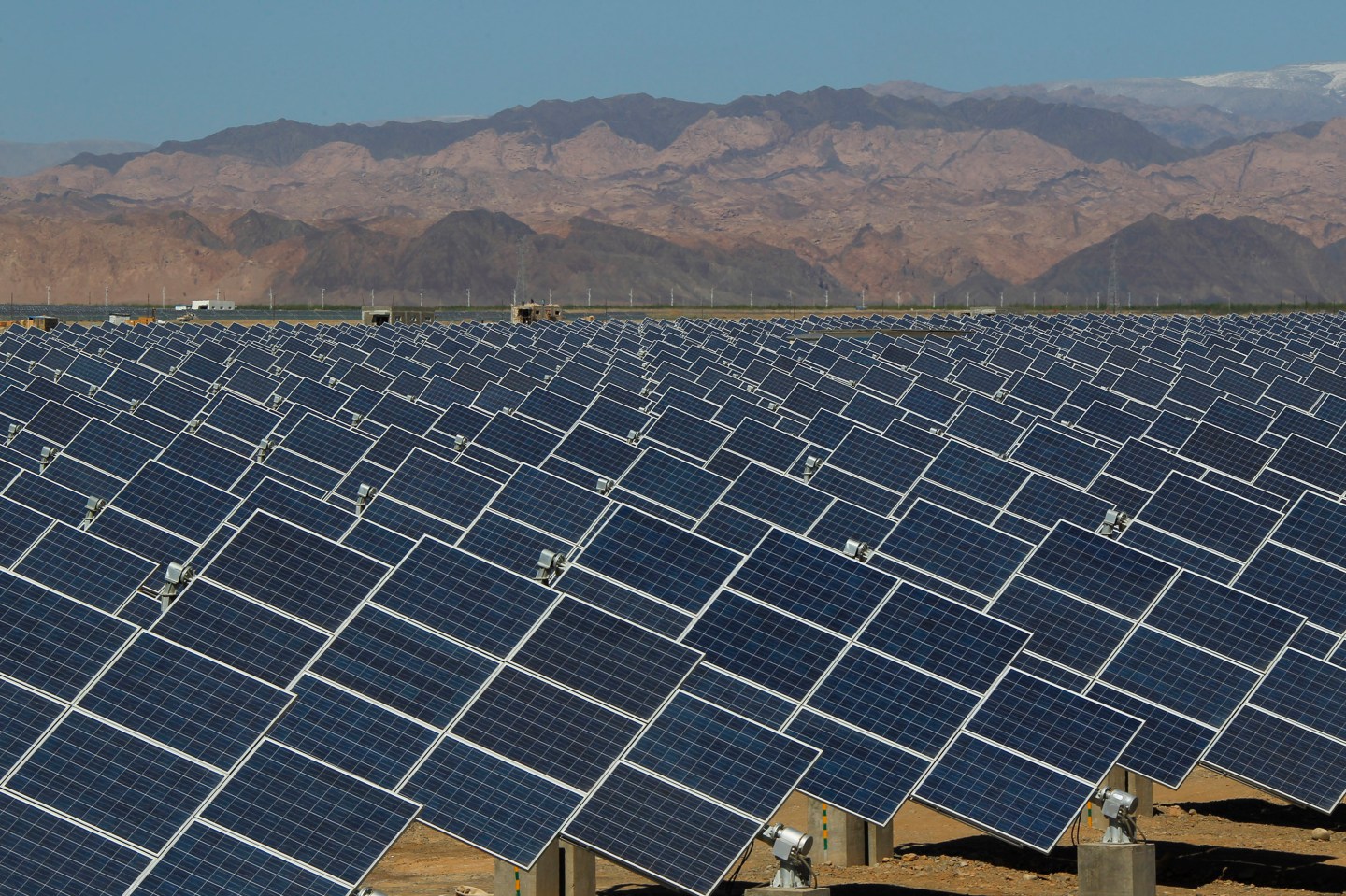 A shockingly low price for energy from solar panels was recently bid during an auction for a solar farm near the city of Abu Dhabi, according to a report in solar trade publication PV Magazine.

A consortium of the Chinese solar panel maker and project builder JinkoSolar (JKS) and the Japanese developer Marubeni put in a bid to build a large solar panel farm near the sun-rich city for a jaw-dropping 2.42 cents per kilowatt hour.

For more on why solar energy is more affordable than ever, watch:

In comparison, in the U.S. average costs for energy from all types of new sources, like gas and coal, can cost between 5 and 6 cents per kilowatt hour. So getting to under 2.50 cents puts solar panel farms in an entirely new category and makes it competitive with fossil fuels.

Mind you, that bid is for an auction that hasn’t yet concluded. The Abu Dhabi solar farm is planned to be built at 350 megawatts of capacity in the town of Swaihan, selling power to the utility Abu Dhabi Electricity and Water Authority, but PV Magazine reports that the farm could be much larger.

The cheapest form of solar energy is occurring in these large sweeping solar panel farms for utilities. According to the analysts at GTM Research, almost 14 gigawatts of solar panels will be installed in the U.S. by the end of 2016, and over 70% of that will come from these “utility-scale” solar farms.

Utilities, companies, and homeowners are embracing solar energy like never before. Fourteen gigawatts is enough solar energy to power 2.3 million homes, and is the equivalent of about 14 large natural gas or coal plants.