Aéropostale Won’t Go Out of Business After All 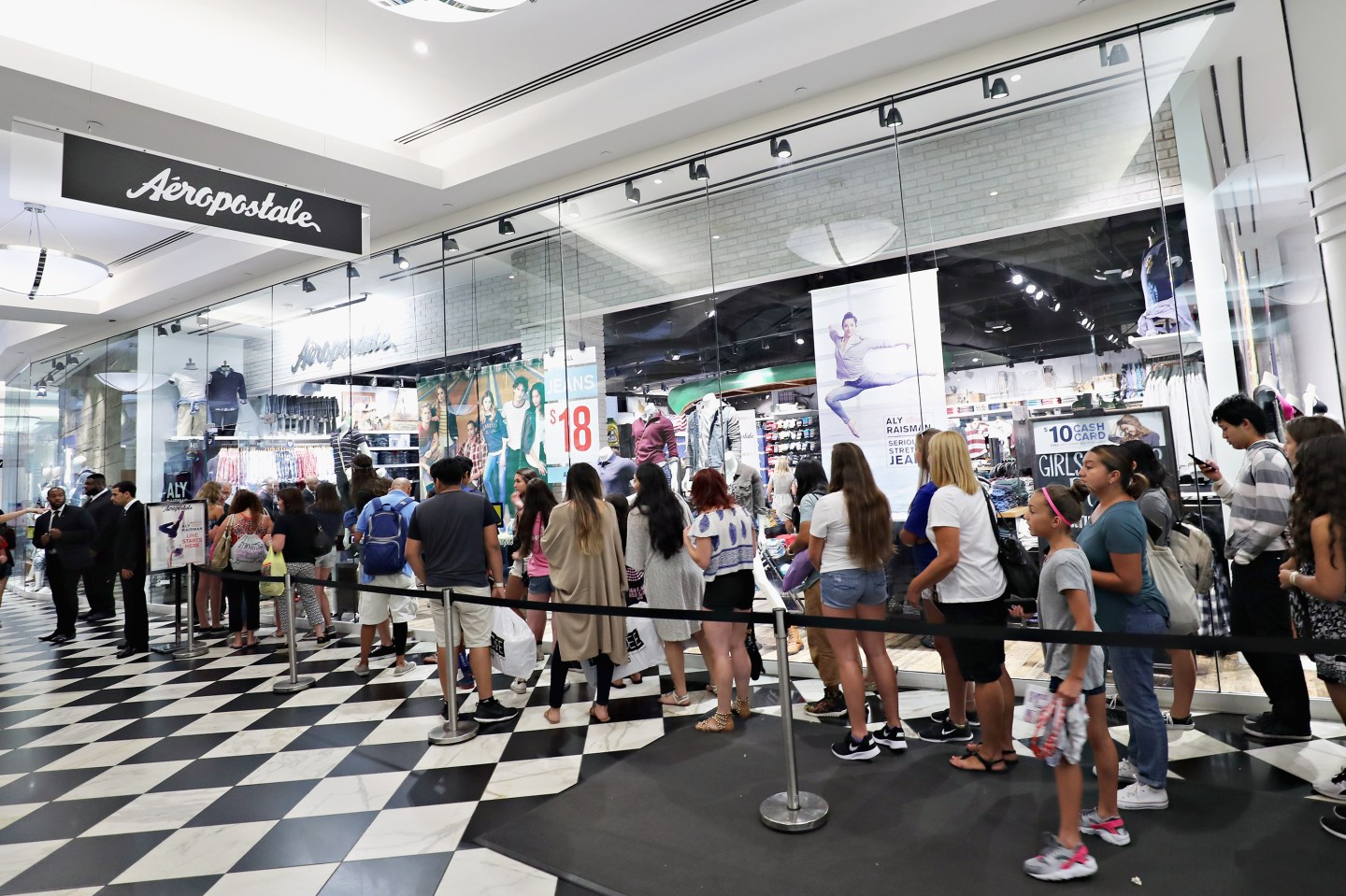 Aéropostale lives to fight the teen retail wars another day.

The troubled apparel chain’s plan to emerge from bankruptcy was reportedly approved by a federal judge this week, and Aéropostale will exit Chapter 11 protection as a leaner retailer with 229 stores owned in part by mall operators Simon Property Group (SPG) and General Growth Properties (GGP).

Those two landlords teamed up with liquidators, currently in the process of shutting down hundreds of Aéropostale stores, earlier this month to submit a $243 million bid that would avoid outright liquidation of the whole chain. And the argument that swayed the U.S bankruptcy judge was that the plan would save 7,000 jobs, according to Bloomberg.

What’s more, the Simon and General Growth approach, aimed at avoiding even more vacancies as retailers like Macy’s (M) shut dozens of stores, could give Aéropostale a third option in the future between being bought in full in bankruptcy court or closing the whole chain.

“This could be a model for future restructurings in the years ahead,” Ray Schrock, a lawyer for Aéropostale, told the judge, Sean Lane, according to Bloomberg News.

Aéropostale operated some 800 stores before the bankruptcy filing in May, so the 570 or so closings allow the landlords to give that space to up-and-coming tenants. Simon, a landlord to 160 of those Aéropostale stores, and GGP have been filling in vacancies at many malls with restaurants, growing retailers, and even service-oriented tenants like clinics.

Initially, Aéropostale had put itself up for sale in bankruptcy court as a “going concern,” meaning it would largely be kept in business excluding the 100 store closings announced in May. But at that point, Simon and GGP looked into giving the retailer a lifeline and lined up liquidators Authentic Brands, Hilco Merchant Resources, and Gordon Brothers Retail to join a consortium.

But the only other bids at that point called for shutting Aéropostale down entirely and selling off the parts.

This new middle approach to retail bankruptcies could have helped outright liquidations for big names that have gone under in the past: Just recently, The Sports Authority decided to liquidate after finding no bidder to keep it business. Chains like Borders and Circuit City in recent years could have been viable as smaller retailers. Others like Pacific Sunwear have emerged almost whole.

Still, with 229 stores, Aéropostale will have to get used to a much smaller scale and the reduced sway with landlords and suppliers that brings. It will also have to address the growth of fast-fashion retailers like Forever 21, Uniqlo, and H&M that led it to fall from $2.4 billion in sales in 2012 to $1.5 billion in three years.

And if the likes of Abercrombie & Fitch (AND) and Gap Inc (GPS) with all their heft and clout are struggling to fight, it’s going be a lot tougher for a severely diminished Aéropostale to make a go of it.