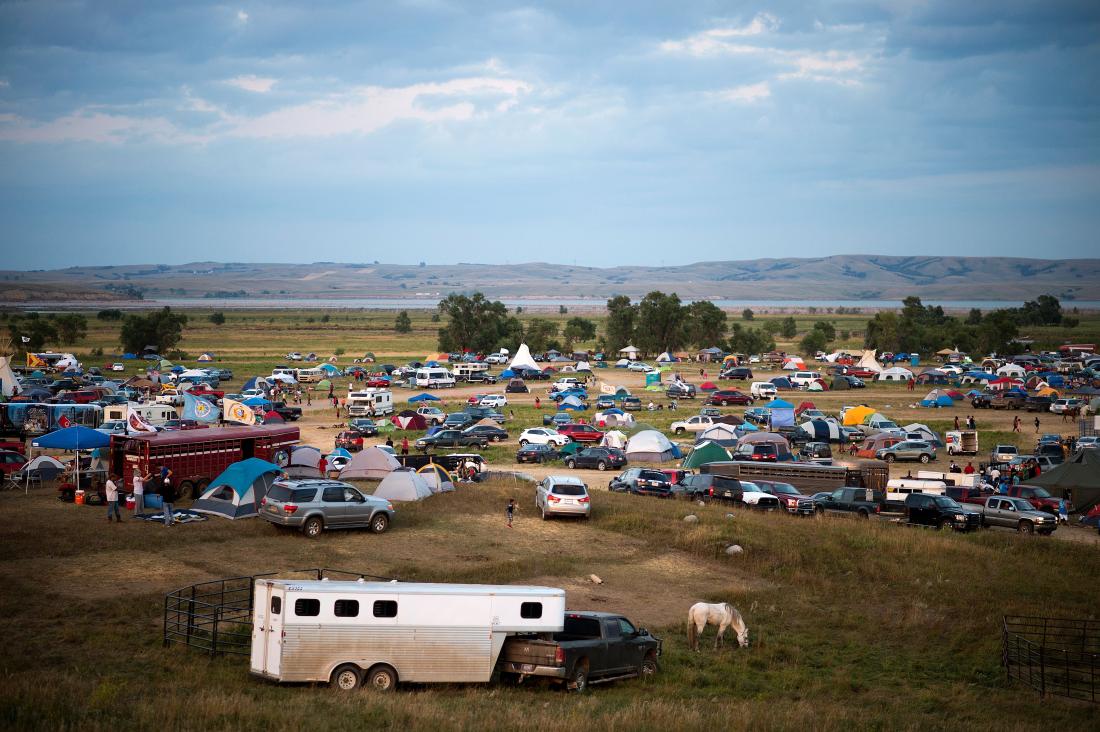 Four security guards and two guard dogs were injured after protesters confronted construction crews on Saturday at the site outside of the Standing Rock Sioux reservation. One security officer was hospitalized with undisclosed injuries, and the two guard dogs were taken to a Bismarck veterinary clinic, according to the Morton County Sheriff’s Office spokeswoman Donnell Preskey.

Protesters said six people were bitten by the guard dogs, including a young child, and at least 30 people were pepper sprayed, tribe spokesman Steve Sitting Bear said, the Associated Press reported. Preskey said police officers had no reports of injuries.

The Standing Rock Sioux Tribe gathered to protest the oil pipeline slated to cross the nearby Missouri River, which they feel will disturb sacred grounds and affect drinking water supply for tribal members and others who live downstream. Tribe chairman David Archambault II said construction crews removed topsoil from burial and cultural sites.

“The demolition is devastating,” Archambault told the AP. “These grounds are the resting places of our ancestors. The ancient cairns and stone prayer rings there cannot be replaced. In one day, our sacred land has been turned into hollow ground.”