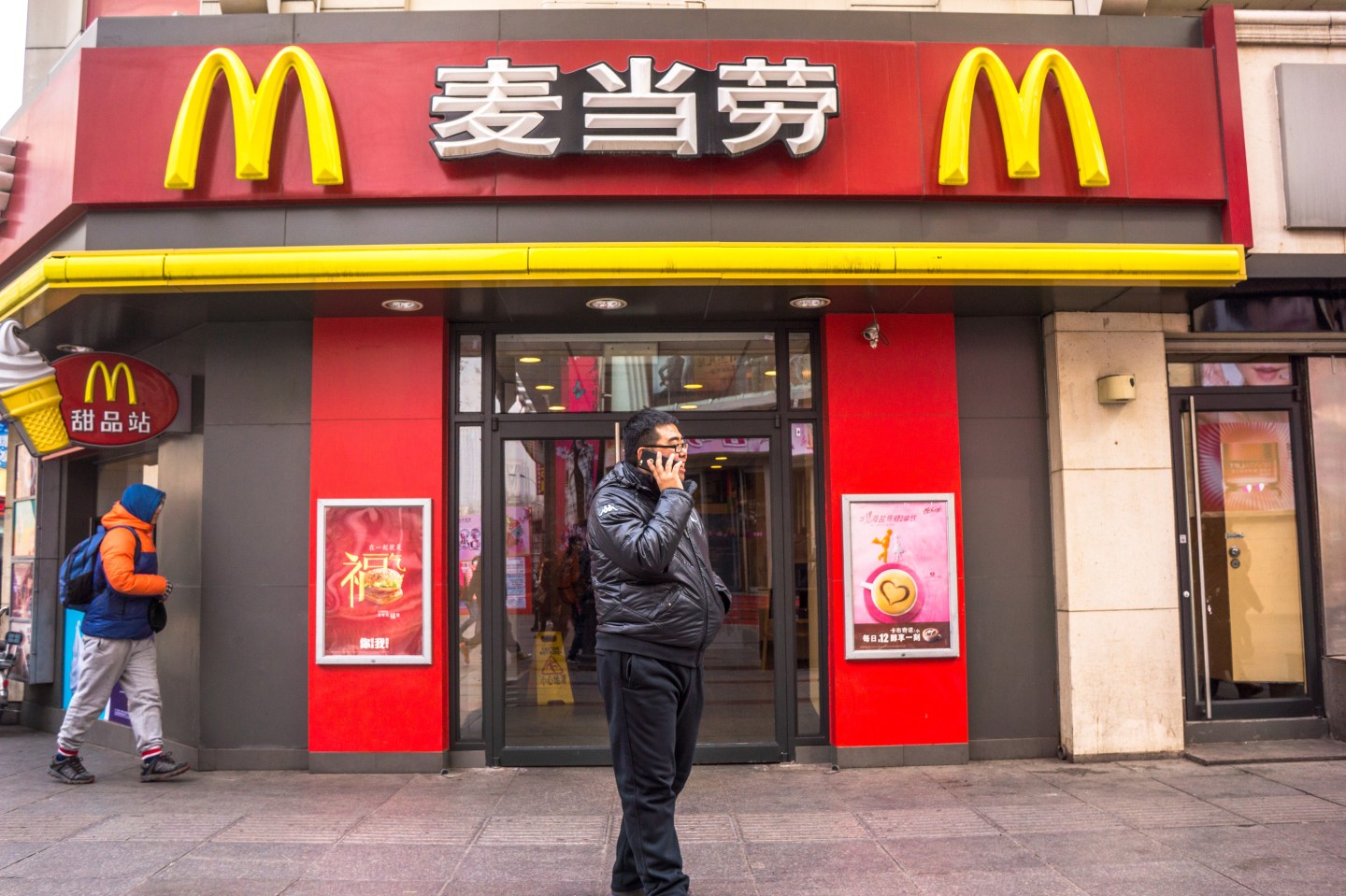 Chinese state conglomerate CITIC Group and U.S. private equity firm Carlyle Group are teaming up to bid for McDonald’s (MCD) outlets in China and Hong Kong in a deal worth between $2 billion and $3 billion, four people familiar with the matter said.

Reuters previously reported that the Illinois-based fast-food giant, which has been hit by a series of food supply scandals in China, had hired Morgan Stanley to run the sale of about 2,800 restaurants in China, Hong Kong and South Korea.

CITIC and Carlyle are only bidding for China and Hong Kong branches, which account for more than 85% of the total, the sources said.

McDonald’s is switching to a less capital-intensive franchise model and is offering a 20-year franchise to buyers.

The franchise model has also been adopted by other fast-food operators, including arch rival Yum Brands, which licenses KFC and Pizza Hut outlets.

McDonald’s has said it preferred to work with long-term partners, rather than private equity firms, which typically cash out after a few years, but the people said Washington D.C.-based Carlyle hoped pairing up with CITIC would boost its chances of winning the auction.

McDonald’s received half a dozen preliminary bids in June, including one from state-owned Beijing Tourism Group and private Chinese technology and real estate firm Sanpower Group.

Final round bids are due in September.

A McDonald’s spokeswoman said no decisions had been made.

“We are making progress as we look for long-term strategic partners with local relevance … and who share our values and vision with a dedicated focus on accelerating growth initiatives,” she said.