McDonald’s Wants to Open More Than 1,000 New Restaurants in China 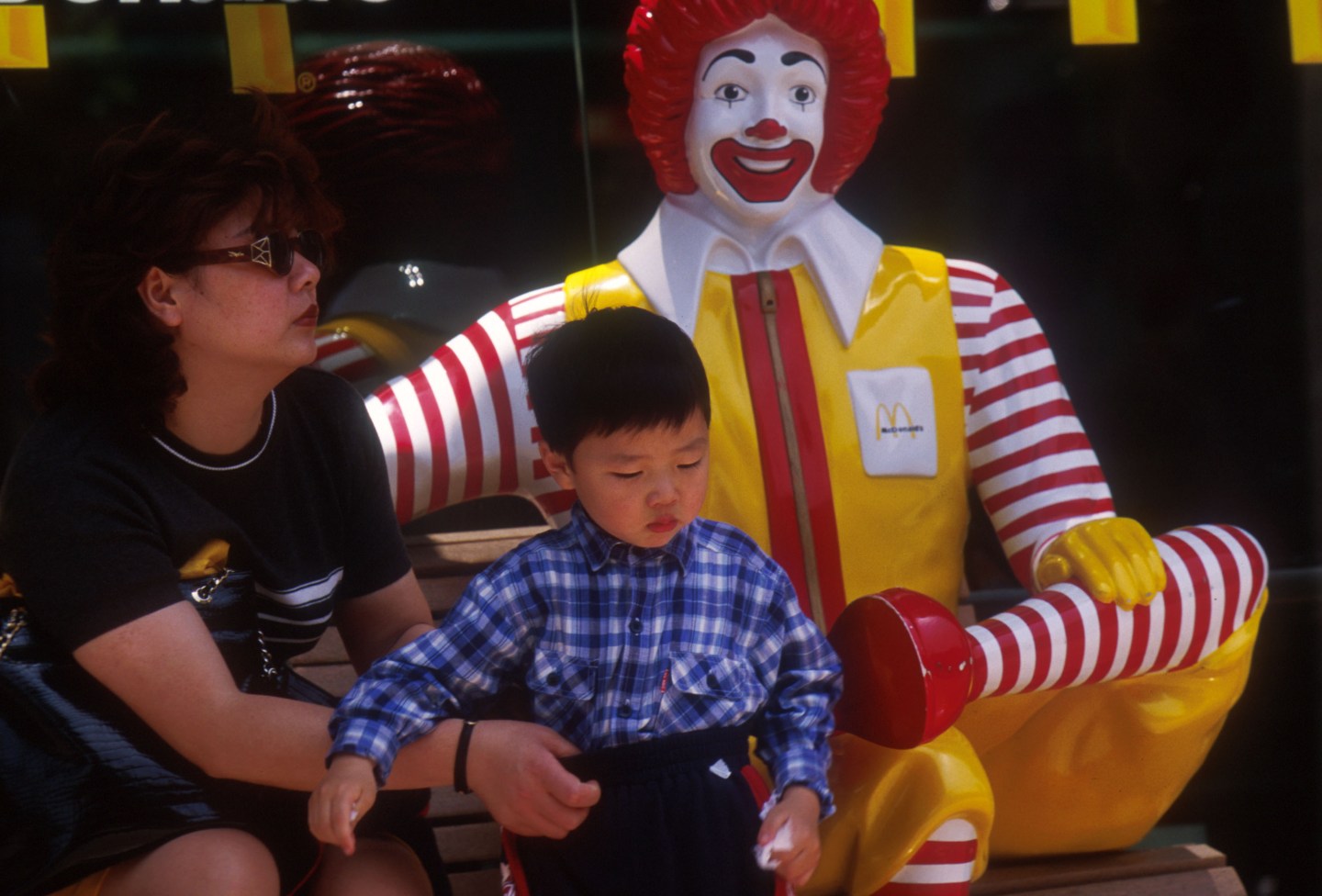 McDonald’s is apparently unfazed by the recent problems it’s faced in China. The company said on Thursday that in the next five years it plans to add about 1,500 restaurants in China, Hong Kong, and South Korea—up from its current count of 2,800—including more than 1,000 in China alone.

McDonald’s (MCD) wants to make that expansion via franchising, an approach typically reserved for more mature markets like the United States. In a statement, CEO Steve Easterbrook said McDonald’s “is seeking partners” to invest in Asia. “Asia represents a significant area of opportunity for McDonald’s to blend our global quality standards with local insights and expertise from partners who share our vision and values,” he said. The company says the majority of the existing 2,800 restaurant locations in China, Hong Kong, and South Korea are currently company-owned. The world’s largest restaurant chain also announced plans to identify franchise candidates to buy restaurants in Taiwan and Japan recently, but it’s yet to announce any deals.

Part of the turnaround plan Easterbrook has deployed since taking over as CEO last year has involved leaning more heavily on franchising—which is a cheaper way to operate restaurants—and he’s targeted international markets as a way to expand the model. The company wants to sell 3,500 company-owned locations to franchisees by 2018, increasing its share of franchised restaurants from 81% to 90% globally.

McDonald’s renewed focus on Asia comes after a food safety scare at a key supplier in 2014 left some of its restaurants without beef or chicken, which sent sales there plummeting. But in the most recent quarter, same-store sales in China rose 4%— the second straight quarter of growth following four quarters of falling sales. Easterbrook told the Wall Street Journal that the goal is to make China McDonald’s No. 2 market, moving it ahead of Japan and directly behind the U.S.

If McDonald’s Asia expansion plan is pays off it will continue Easterbrook’s success streak. Prior to the departure of former chief executive Don Thompson last year, McDonald’s had seen U.S. sales fall for two years leading up to the third quarter of 2015. Since taking over, Easterbrook has orchestrated the beginnings of a comeback with some splashy strategic moves, namely the launch of all-day breakfast. In the quarter ended December 31, same-store sales in the U.S. rose 5.7%—the best quarterly growth in almost four years and well ahead of forecasts.