Why McDonalds’ supplier failed in China 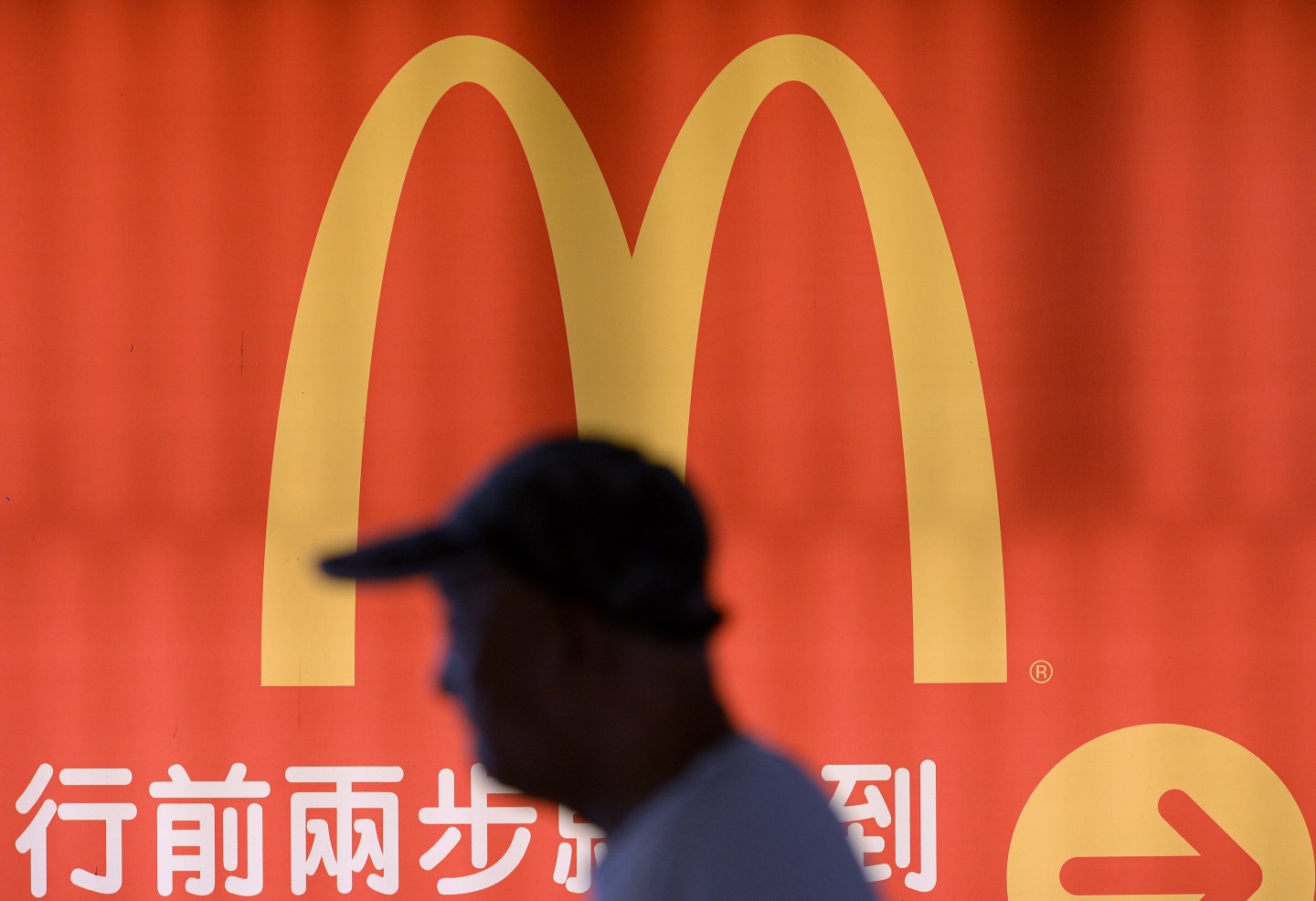 A man walks past McDonald's fastfood restaurant advertising in Hong Kong on July 28, 2014. McDonald's in Hong Kong on July 24 suspended sales of chicken nuggets and several other items including chicken burgers, salads and lemon tea after admitting it imported food from a US-owned firm in China at the centre of an expired meat scandal. McDonald's outlets in Beijing and Shanghai, it was reported on July 28, have yanked their flagship burgers off the menu after a key US supplier recalled products made by its Shanghai factory, which is alleged to have used expired meat. AFP PHOTO / DALE DE LA REY (Photo credit should read DALE de la REY/AFP/Getty Images)
Dale de la Rey/AFP—Getty Images

It’s been a wretched five weeks for American fast food in China.

The humiliation reached a new pitch Friday when prosecutors in Shanghai arrested six employees of the Chinese subsidiary of McDonalds’s largest meat supplier, OSI Group, for selling expired meat to McDonald’s, KFC, and other chains in the country.

The OSI subsidiary, Shanghai Husi Food, was caught by a Shanghai TV channel in late July re-labelling expired meat packages and using expired beef to make patties. McDonald’s was short on beef and chicken for three weeks in China following the ordeal. Sales in the region that includes China plummeted 7% in July. For a while, you couldn’t order a Big Mac in Beijing.

Two and a half weeks after the news broke, in early August, I happened to meet employees from OSI who were in Beijing for emergency visits to the company’s plants around the country. One had come from the Chicago-area headquarters; the other worked at a plant in central China.

I met one as a friend from college, so I won’t use their names. But we talked at length about the crises. Their explanation of what went wrong is the story of a U.S. company that didn’t know what local Chinese managers were doing—and in some cases, couldn’t figure out. Local plant documents and rules weren’t translated from Chinese into English, and even if they had been, OSI’s American managers didn’t often visit.

OSI is working to fix the problems, but most recently its China business was at a standstill, losing millions of dollars a day in revenue.

Media reports followed two narratives in the latest China food safety scandal. The first was that McDonald’s, KFC, Starbucks, and the rest of the U.S. restaurants getting supplies from OSI were victims of China’s crackdown on foreign companies—a trend over the past year and a half starting when Starbucks was criticized by Chinese media for the price of its coffee. This was the argument favored by Westerners defending American brands.

The second, offered mostly by Chinese media, argued that foreign fast food had gotten sloppy in China, and that OSI was guilty of the same food quality and food safety issues plaguing China’s domestic food companies.

After a night with the two OSI executives, it was clear the Chinese media were right—OSI was sometimes clueless about its operations in China, probably guilty as charged, and pretty open about needing to change.

OSI was clueless because the private company gave managers a lot of autonomy. Sometimes that works, like on Wall Street, where investment companies allow individuals to independently wager on stocks to avoid groupthink. But in Big Food Processing, OSI’s business, global standards need to be exactly followed by everyone—and verified.

Even the language barrier was an issue: Chinese managers wrote documents in Chinese and didn’t translate them, so English-speaking employees often couldn’t understand operations or data.

The OSI crisis teams flooding into China are engaged in pretty simple stuff. Namely, ensuring every plant is following global standards, and writing documents in both English and Chinese. They’re adding cameras in plants and spending $1.6 million on food safety seminars. “Before, it was an entrepreneurial company and you could sort of follow your own rules,” said one OSI employee. “Now, people are coming in and saying, `This is how we’re doing it now.’”

It’s the type of standard procedural stuff that you expected McDonald’s largest protein supplier to follow everywhere. But it didn’t.

OSI’s press statement last week, confirming the arrests of six employees in Shanghai, expressed some culpability. “OSI Group will continue to cooperate fully and in good faith with the authorities,” the company said. “We support the government’s consistent application of the country’s food quality and safety laws.”

Earlier, OSI’s owner Sheldon Lavin, an 82-year with a place in the Meat Industry Hall of Fame said, “It was terribly wrong, and I am appalled that it ever happened in the company that I own.”

It’s not yet clear how badly OSI hurt itself. A McDonald’s spokeswoman told the Wall Street Journal last week the company couldn’t rule out the possibility of replacing OSI as a supplier over the long term. If McDonald’s cuts ties, it would be historic: OSI supplied beef patties to the first ever McDonald’s in Des Plaines, Illinois back in 1955.

The two employees from OSI I met with were proud that McDonald’s had stuck with them through the crisis. KFC had not. “Give us a second chance,” one said. “We deserve a second chance.”

They might. No one died eating a Quarter Pounder, and expired frozen meat is really a food quality issue more than a food safety problem. But when you don’t have a clue what’s really happening at your Chinese business, you don’t deserve many chances.