Is no food sacred in China? 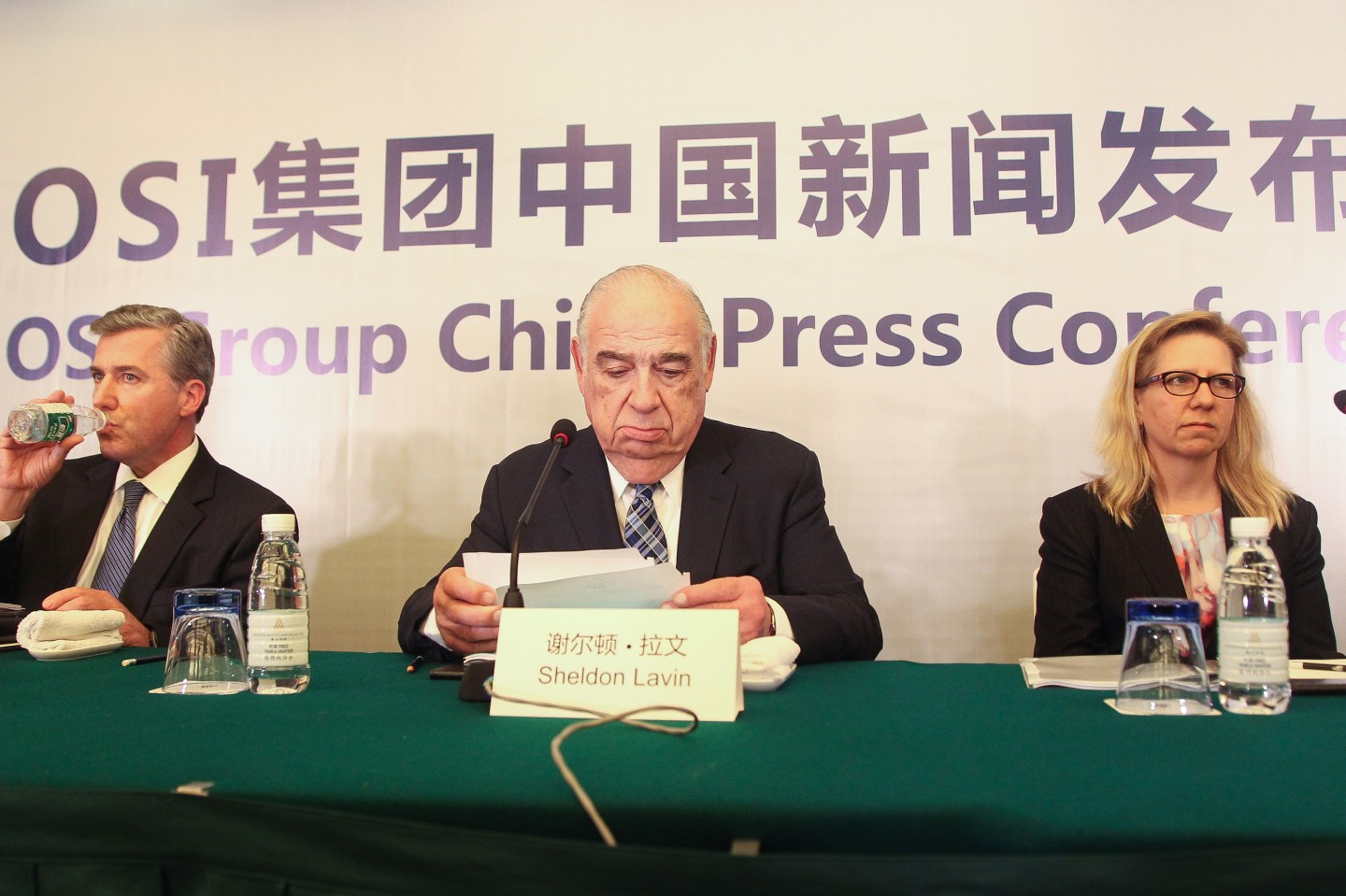 American fast food, once a refuge amid China’s food scandals, is joining the ranks of the disgraced.

Early this week, McDonald’s locations across Beijing, Shanghai and the country were only offering fish burgers after the Chinese subsidiary of OSI, the McDonald’s and KFC-parent Yum! Brands supplier based in Illinois, said it would recall all meat products made at its Shanghai subsidiary.

The situation has been snowballing since last week, when a local Chinese TV report showed employees using rotten or expired products for ground meat. Authorities shut down the plant and Shanghai police detained five employees.

This is the second scandal in as many years to hit KFC in China, and insiders are seriously asking whether its reputation has been irreparably hurt. McDonald’s, meanwhile, was a standard bearer for food safety in China and its meat supplier OSI was considered one of the world’s best.

“As a global supplier of protein, [OSI] claimed to have higher standards,” said Richard Brubaker, founder of consultancy Collective Responsibility and an adjunct professor of sustainability at the China-Europe International Business School in Shanghai. “They weren’t proven to be any better.”

The blame for the latest food scandal in China lies squarely on McDonald’s and the rest of the American brands. When suppliers like OSI’s Shanghai subsidiary skirt the rules, American companies are supposed to catch the problem and fix it because they know China’s regulators can’t keep up.

China’s food system is highly fragmented—there are a couple hundred million small farms in the country and livestock is almost as scattered. Chinese regulations are improving but officials still can’t schedule enough inspections. “In China they are certainly outmanned,” says Brubaker, who’s been on inspection tours when officials have looked exhausted and exasperated. “If you know the government is not up to par, it’s on you,” he says.

McDonald’s, KFC, Pizza Hut and other American brands sourcing from the OSI plant held themselves to higher standards in China. Now what? For one, the belief that American fast food is much safer has vanished. Apologies are only a necessary starting point. They won’t, by themselves, restore customers’ trust.

OSI President and chief operating officer David McDonald acknowledged as much on Monday by promising a thorough internal investigation and by parachuting a whole new team of managers for China.

The news follows a long trend of food scares in China. A tainted milk scandal in 2008 caused six infant deaths; KFC was found in 2012 to have used heavy doses of antibiotics on chickens it sold in the country; 15,000 dead pigs were found drifting in the a river in early 2013, part of an illegal pork trade.

But China’s systemic food safety failures aren’t without precedent: if you go back a century, Britain and the U.S. overcame the same abysmal food records.

Britain’s rapid urbanization in the 1800s meant getting food into cities took precedent over questions of whether the stuff was fit for consumption. Britain also went through its own milk scandal linked to infant deaths in the early 1900s. At the same time, U.S. writer Upton Sinclair shed light on the grim practices in Chicago’s meatpacking district supporting the country’s skyrocketing meat consumption and meat exports—reports that led to Europe occasionally banning U.S. meat and enacting burdensome inspection standards.

The latest scandal in China in many ways closely follows previous scandals there, maybe most closely with the “pork powder” incident in 2011. Then, Chinese journalists exposed the routine addition of previously banned additives clenbuterol and ractopamine by China’s largest pork producer. It was a case of local managers acting in their own self-interest instead of the interests of their customers. Managers from the local subsidiary, inspectors, farmers and traders were all in on the scandal even through the company’s bosses had banned the additives.

In China today, each stage of verification is lacking. Large food processors find it difficult to verify that hogs and chickens from small farms across China are raised according to standards; restaurants like McDonald’s, KFC, Starbucks, and others aren’t doing enough to inspect those processors; and China’s food officials are so lacking in numbers that the government can’t itself verify the steps.

“If food safety were simply an engineering problem, the scientific discoveries and techniques developed over the past two centuries would shield consumers of China’s food from the hazards experienced by earlier generations,” wrote H. Frederick Gale and Dinghuan Hu of the U.S. Department of Agriculture and Wageningen University Office in China, in an academic paper.

But food safety is about more than advanced science, say the researchers. “While China has access to advanced laboratory and sanitation equipment, organizational improvements that played an often-overlooked role in achieving food safety have been difficult to implement in China.”

You could chalk it all up to China’s learning curve and conclude these are painful incidents the country has to experience after only opening its economy to the world 35 years ago. Except that what goes on in China affects the world: China is the world’s largest exporter of seafood; more than 70% of apple juice imported by the U.S. comes from China; the country ranks in the world top 10 of vegetable and fruit exports. In other words, what happens in the Chinese food industry is a direct concern for consumers around the world.

At a KFC in the southern city of Guangzhou this week, workers said the biggest problems had passed. They may have been right. A team leader on duty said business trailed off for a few days following the Shanghai TV report before returning to nearly normal. “Don’t worry about it,” she said. “The staff is eating the food.”

But she couldn’t know whether the same masses of customers would again too.