How to Give Difficult Employees Constructive Criticism That Gets Results 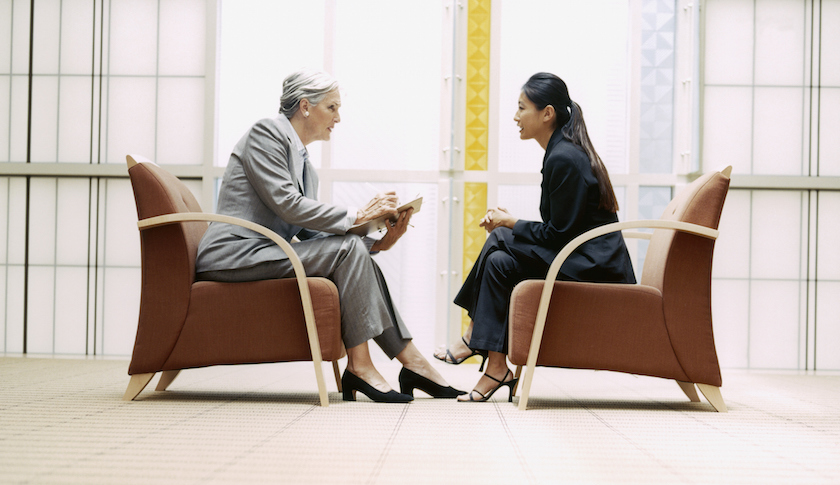 Dear Annie: A friend sent me your column on why new managers need to learn how to delegate, because I’ve only been a boss for a few months myself and, frankly, I can use all the help I can get. So far, leading my brand-management team (nine full-time employees and three freelancers) has gone pretty smoothly, except for one thing. One of my direct reports — I’ll call him Joe — is a brilliant, creative source of amazing ideas, but he’s totally unreliable. He misses project deadlines, skips important meetings, and sometimes just doesn’t show up at all.

This is beyond annoying and, obviously, unfair to the rest of the team. I’ve talked to Joe about it several times, but the feedback I’ve given him so far seems to go in one ear and out the other. Short of threatening to fire him, which I really do not want to even consider, any suggestions on how to get through to him? — End of My Tether

Dear E.M.T.: For what it’s worth, you’re far from alone in wondering why performance feedback often has so little effect. Joe’s particular form of bad behavior is hardly unique, either. In two decades coaching executives at companies like Dell, BCG, and Comcast, Anne Grady says, “I’ve seen this brilliant-but-unreliable situation many times.” Author of a book called 52 Strategies for Life, Love and Work, she adds that, “Unfortunately, there’s no magic formula for persuading people to change their behavior.”

Even so, it’s not impossible. You can improve your odds of getting through to Joe by following these 5 steps:

—Define the problem. Whatever you’ve already told Joe about his shortcomings may not have been specific enough. Instead of saying, for instance, “You’re unreliable,” be ready with a list, including dates and details, of exactly which deadlines and meetings he’s missed and which days he was AWOL. It may sound obvious, but spelling all this out drives home the point that his flakiness is not acceptable.“Your expectations have to be clear,” Grady says. “Managers often make the mistake of assuming that employees know what’s expected of them. But do they?” For instance, let’s say that a few months ago, under the team leader before you, most team meetings were optional. If attendance at all of them is now mandatory, does Joe (and the rest of the team) know that?

—Describe the impact. “How are Joe’s actions affecting you, the rest of the team, and the company?” asks Grady. Sometimes, she notes, people get defensive about criticism and try to dispute it. If so, it might help to point out how Joe’s laissez-faire approach to his job is perceived by you or his teammates, or both. “Say something like, ‘What this looks like is that work just isn’t a priority for you,’” Grady suggests. “He can’t argue with a perception.”

—“Tell me what’s going on with you.” Give Joe a chance to say whatever’s on his mind. “Sometimes silence makes us uncomfortable, so we don’t give the other person time to compose his thoughts,” Grady says. “Be quiet and just listen without judging, criticizing, or even commenting.” You don’t say how long Joe has been acting erratically but, if it’s a recent change, it might reflect something else in his life — trouble at home, a medical problem, or any of the thousand other things that can bedevil and distract us. You’ll never know if you don’t let him tell you.

—Agree on a solution. Turn the discussion to the future, and talk about your expectations in positive terms. “Define what you want to see,” Grady advises, adding that this approach is similar to getting kids to pipe down: “‘Stop yelling in the house!’ isn’t nearly as effective as, ‘Please use your indoor voice,’ so describe the specific behavior you do expect,” she says. Answer any questions Joe might have, and ask whether he understands that his future on the team depends on his changing his ways. Putting the main points of this conversation in writing would be smart. Give Joe a copy, and keep one for your (and potentially HR’s) records.

—Follow up. “People repeat behavior that gets attention,” Grady notes. So, if and when Joe starts shaping up, take the time to let him know you’ve noticed and you appreciate it.

See also: Here’s How To Get a Job That Doesn’t Exist Yet

What if nothing changes? Then it will be up to you to decide whether or not you can tolerate his unreliability for the sake of his ideas. You mention that you don’t want to consider firing him, but once you’ve made it clear what you and the rest of the team need from him, the ball is in his court.

“New managers often struggle with this, but the fact is, if you do end up letting him go, it will be a result of his own decision not to meet your expectations,” Grady points out. “You can’t coach someone out of a bad attitude.”

Got a career question, or a workplace dilemma? Send it to askannie@fortune.com.