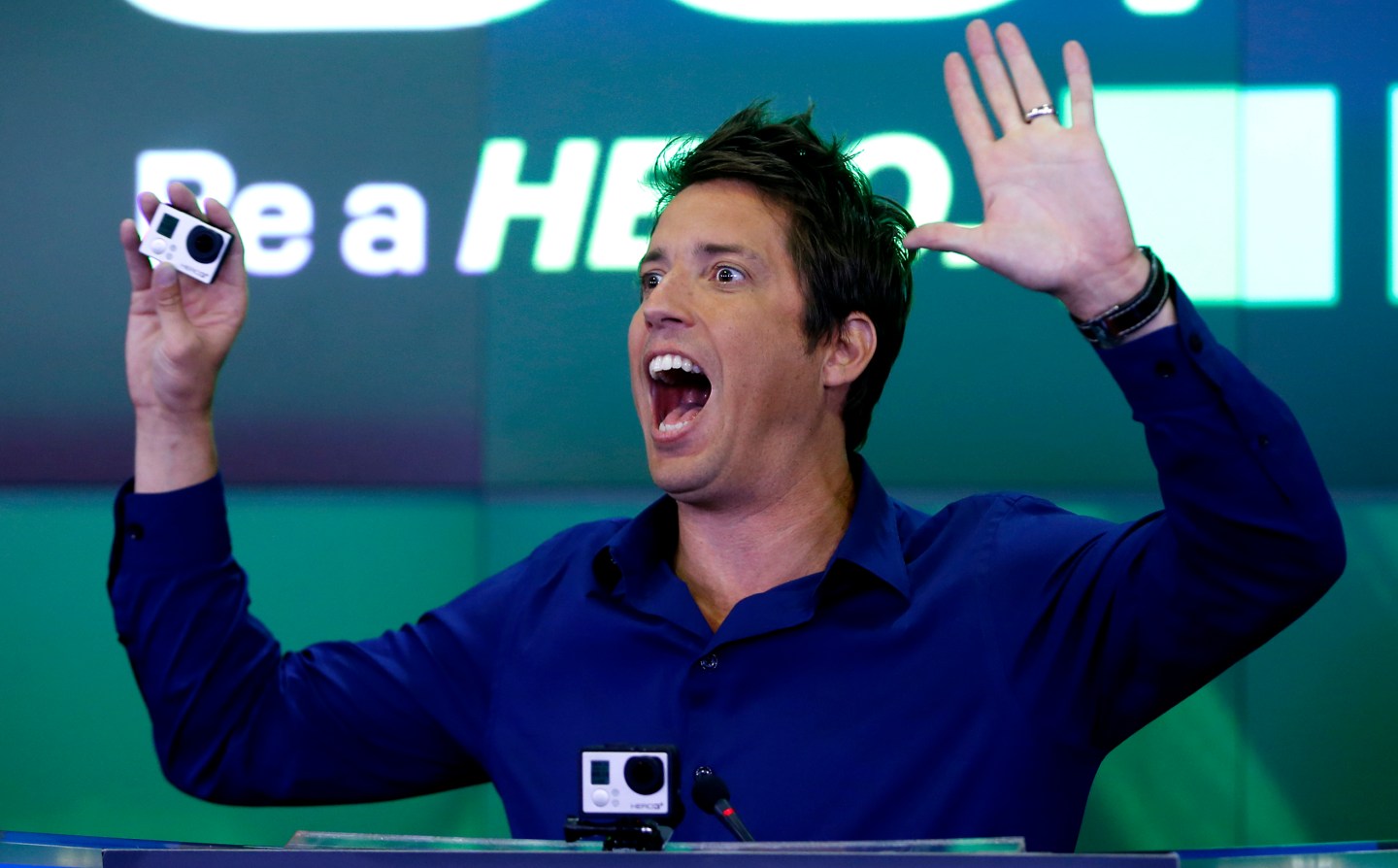 One of the biggest challenges in being a media company in the Internet era is that everyone from advertisers to individual content makers can compete with you. And now that goes for hardware companies too, apparently.

GoPro (GPRO), the action-camera maker—whose stock has been under fire over the past year after the company missed revenue targets and lost hundreds of millions of dollars—is moving into producing original content, according to a story in Variety magazine.

The company says it intends to create more than 30 short-form TV-style shows later this year and in 2017. The list of potential titles includes a travel show called “Beyond Places,” a music show called “Off the Record,” and a family show called “Kids Save the World.”

According to Variety, other programs the camera maker has in the works include a series on the Real Madrid soccer club, which it is producing in partnership with the team, and one that follows a group of motorcycle cops as they go through training. GoPro also rolled out its own channel on Red Bull TV on Wednesday.

This investment in original content is a somewhat risky bet at a time when everyone from Netflix (NFLX) and Amazon (AMZN) to most of the major cable networks are pouring billions of dollars a year into creating new shows, many of which could be seen to overlap with what GoPro has in mind.

The stakes are also quite high for the company. Its stock, which was in the $40 range late last year, has lost more than 60% of its value on concerns about slower growth. The company’s sales in the fourth quarter were about 30% lower than in the same quarter a year earlier, and it lost $121 million in the first quarter of this year—six times what it lost in the same period the previous year.

Here’s What GoPro Needs to Do to Stay Relevant

GoPro has been building up its entertainment unit over the past year, adding staffers from a number of media entities. The unit is now being run by Ocean MacAdams, who used to work at MTV and Warner Music—after the unit’s former head Zander Lurie, who came from CBS, left to join SurveyMonkey.

Co-founder and CEO Nick Woodman said he also plans to build some cloud-based features for the company, to enable users to upload and edit their videos more easily. But the content evolution is what the company appears to be betting the farm on, as it tries to move away from simply enabling wing-suit flyers to record and post YouTube videos quickly.

“We’ve really begun to evolve into multi-episode narrative storytelling as opposed to one-off events,” MacAdams told Variety. “And we are well-positioned to dramatically grow the entertainment business in the relatively near-term.”

Whether that will actually happen is something investors in the company will be watching very carefully. And if it fails, it could be an expensive lesson in losing your focus.