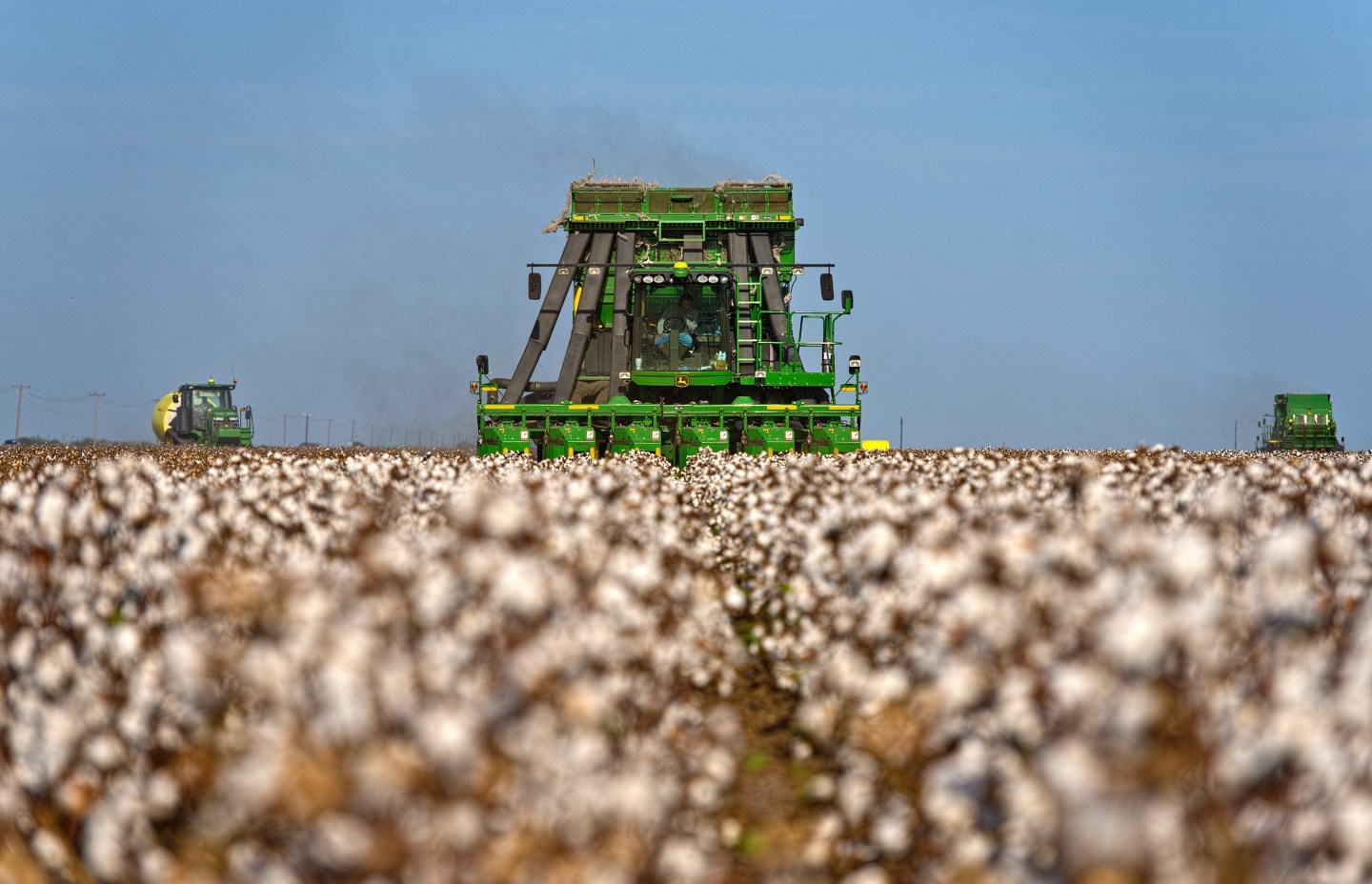 Deere (DE) said in a statement that it would fight the lawsuit, saying that the Justice Department’s antitrust concerns were “misguided.”

The Justice Department said the proposed deal would mean higher prices for farmers who want to buy equipment for high-speed precision planting, which allows farmers to plant row crops like corn up to twice as fast as with conventional machinery. In February, Deere completed its acquisition of Monosem, which also makes precision planters.

A massive Deere ExactEmerge planter sells for about $150,000, which includes components for precision farming, while a Precision Planting retrofit kit costs about $30,000, J.P. Morgan analyst Ann Duignan estimated in a research note.

In particular, the Justice Department was concerned about Deere selling both the big machine planters themselves as well as the technology to make the big machines.

“By offering farmers high-speed precision planting retrofit kits at a fraction of the cost of a new planter, Precision Planting posed a formidable challenge to Deere and its profitable sales of new planters,” the Justice Department said in its complaint, asking a court to stop the proposed transaction.

Deere and Monsanto shares were each down about 1 percent in afternoon trading.

“Precision Planting has been a key innovator in high-speed precision planting and Deere’s only significant competitor in developing and selling these technologies,” said Renata Hesse, the acting head of the Justice Department’s Antitrust Division in a press release.

The department estimated Deere and Precision Planting had at least 86 percent of the market. Its complaint put the transaction price at about $190 million.

With a glut of used farm equipment, and many U.S. grain farmers cutting budgets amid stubbornly low commodity prices, both companies had been hoping the deal would tempt farmers to update equipment and buy new farm-data services.

Farm net incomes have steadily fallen since hitting an all-time high of $123.8 billion in 2013, according to the U.S. Department of Agriculture. Farm income is forecast to fall again this year to $71.5 billion, down nearly 12 percent from 2015, according to USDA data released this week.

Deere’s deal for Precision Planting is one of several pending or under discussion in the sector. ChemChina has struck a $43 billion deal for Swiss pesticides and seeds group Syngenta (SYT) while in December Dow (DOW) and DuPont (DD) said they would combine in an all-stock merger with plans to then break into three separate businesses.

And there could be more. Canada’s Agrium (AGU) and Potash Corp of Saskatchewan (POT) said on Tuesday they are in talks to merge, as are seed giants Monsanto and Bayer.