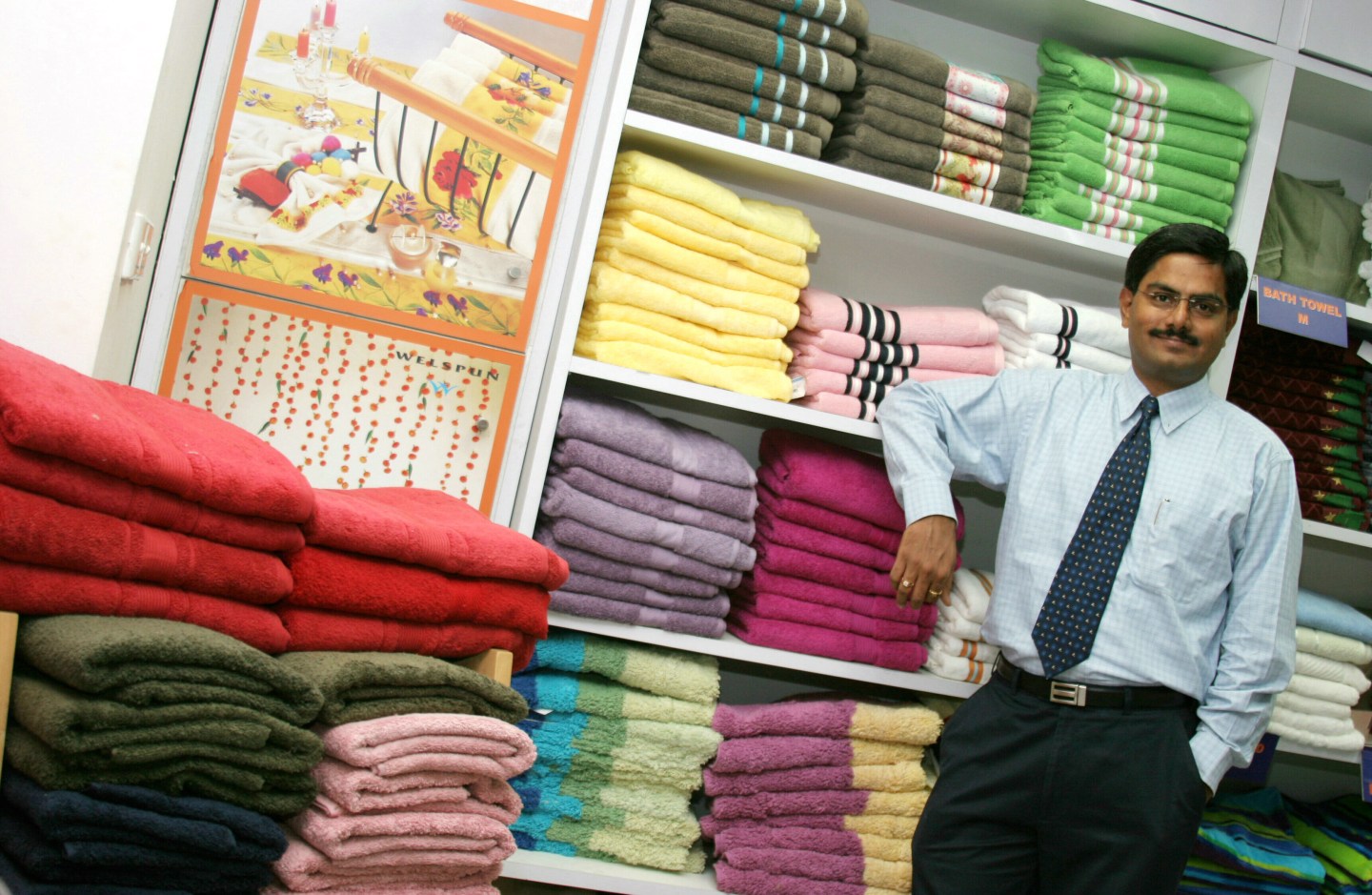 Questions over the exact provenance of bedsheets sold by Welspun India to America’s middle classes have not only wiped $740 million off the firm’s market value, but also revived one of Indian manufacturing’s enduring headaches: quality.

India’s government, desperate to accelerate growth and create more jobs, has backed a “Make in India” manufacturing push. India already makes everything from car parts to t-shirts, but is trying to move up the chain to make higher-end products, like Apple’s iPhone.

One major hurdle, however, has been product quality, often blighted by low salaries, poor training and sketchy suppliers. As India manufactures more, cheap is not always cheerful.

So far, in Welspun’s case, U.S. retailer Target (TGT) has severed ties, accusing it of passing off cheaper sheets as premium Egyptian cotton for two years. Other Welspun clients are probing the company’s products.

It’s not clear what led to the problem. Welspun, whose share price nearly halved this week, has said it would do an external audit of its supply chain.

See also: This Company’s Shares Have Slumped After Target Announced It Was Cutting Ties

Other Indian manufacturers distanced themselves from Welspun, but many fretted over the broader impact as the country tries to bet on quality, not just cheap workers, where it faces constant competition from regional rivals.

“It’s high time exporters improve the quality of their products,” said S.C. Ralhan, president of the Federation of Indian Export Organisations, set up by the government and industry to promote exports. He said the group would take up the issue of quality with its members.

Arvind Sinha, national president of the Textile Association of India, said India’s image as a manufacturing destination for textiles could be tarnished.

“This is another blot on the Indian exports resume,” said an analyst at a local brokerage, who asked not to be named as it would violate his firm’s policies. “The Welspun fiasco could have ripple effects and force companies to scout for options in other regions in Asia that have unscathed records.”

See also: Bed Bath & Beyond Is the Latest to Question This Company’s Egyptian Cotton

Government officials say the Welspun case is an exception, and don’t expect much damage to India’s reputation as a manufacturing hub.

“We hope it will be one of the stray incidents that will not have much impact on our near $42 billion textile exports,” said a senior textile ministry official, who declined to be named.

A senior official at the Ministry of Commerce and Industry said more such incidents could dent efforts to promote India as a manufacturing export hub.

“If Indian industry is to survive and thrive, it has to adopt global standards,” he said, adding the ministry has raised the issue of standards with exporters through export promotion councils, and has stressed third-party auditing and self-regulation.

India has been here before.

Its $15 billion pharmaceutical industry, a global supplier of cheaper generic medicines, has been dogged by quality concerns, with health regulators in the United States, Britain and Europe barring some plants from producing drugs for their markets because of inadequate standards.

Quality assurance experts in India and beyond, however, said damage from the Welspun case could be contained—if the authorities and businesses move quickly to put in place stringent quality assurance standards.

“The government and the companies should themselves put in place better quality control standards to ensure India’s image is protected,” said a certifier at the Indian arm of a Europe-based textile certification company.

The $108 billion textile industry accounts for a tenth of India’s manufacturing production, 5% of GDP and 13% of export earnings, according to government data. It is the country’s second-largest employer after agriculture.

The government has announced several schemes in the past two years to encourage better use of technology and infrastructure in the textiles sector, and to foster innovation.

But the Welspun case suggests more needs to be done.

“Sourcing strategy is really driven by who can deliver the lowest cost at an acceptable quality, and India is still a place that delivers on that promise,” said Neil Stern, senior partner at retail consultancy McMillan Doolittle in Chicago.

“This certainly brings negative publicity, but companies will stack it up as one bad apple and not view it as a systemic problem.”