The Government Says Obamacare Will Be Just Fine 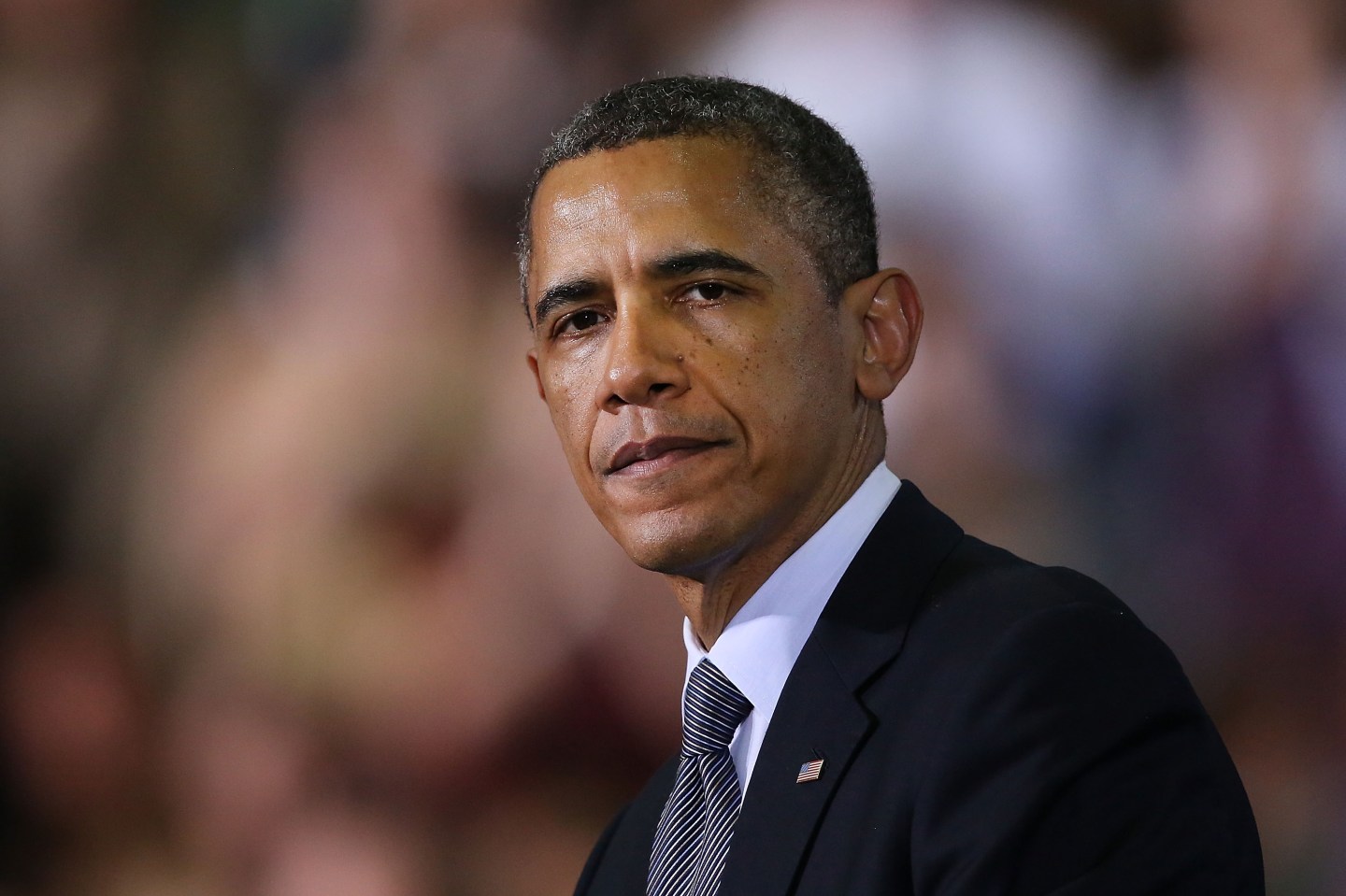 President Barack Obama delivers a speech on gun control at the University of Hartford on April 8, 2013 in West Hartford, Connecticut. Nearly four months after the Sandy Hook Elementary School shootings, Connecticut has passed some of the toughest gun control measures in the nation.
Photograph by Spencer Platt — Getty Images

Obamacare hasn’t had the greatest year. But according to the federal government, the negative criticism of President Barack Obama’s signature health care legislation is overblown.

A report from the Department of Health and Human Services (HHS) released Wednesday claims that Obamacare plan holders “could still purchase a plan for less than $75 per month, even if all final rates were to increase by double digits” in 2017.

The reason? The premium subsidies, or tax credits, the government gives Obamacare customers who earn between 100% and 400% of the federal poverty line. Most Americans who make more money receive insurance subsidized by their employers.

“In a hypothetical scenario where all rates increase by 25%, the vast majority of consumers (73%) would be able to purchase coverage for less than $75 per month, according to today’s report,” the HHS says. “All marketplace premiums will be finalized and public in October.”

Obamacare, a perennial target for political opponents, has been grappling with major insurers as of late. Both UnitedHealth (UNH) and Aetna (AET) left its individual insurance marketplaces, with the larger blow coming from Aetna. The insurer previously said it would stick around, denying the accusation it backed out to save its merger with competitor f500link]Humana[/hotlink] (HUM).

Those high-profile exits, while not necessarily debilitating to the law, have been coupled with steep premium increases among insurers choosing to stay. The average requested rate hikes in the individual market have approached 25%, a number that comes with many caveats. For one, it doesn’t include the fact that those top-line figures leave out important information such as deductible limits. Many of the final rate hikes have yet to be approved by insurance commissioners, and these figures don’t incorporate data from new, smaller insurers and health plans planning to enter the Obamacare market. Even so, it’s still been a PR headache and a legitimate concern for customers who live in regions with limited access to individual health plan providers.

Previous HHS reports have shown that the vast majority of Obamacare enrollees receive subsidies for their premiums, and many get financial assistance to lower out-of-pocket costs such as deductibles.

The administration also points to promising signs for the health of Americans who have enrolled in Medicaid under the law’s expansion of the program, citing the historic drop in the number of Americans without health insurance since Obamacare’s implementation.