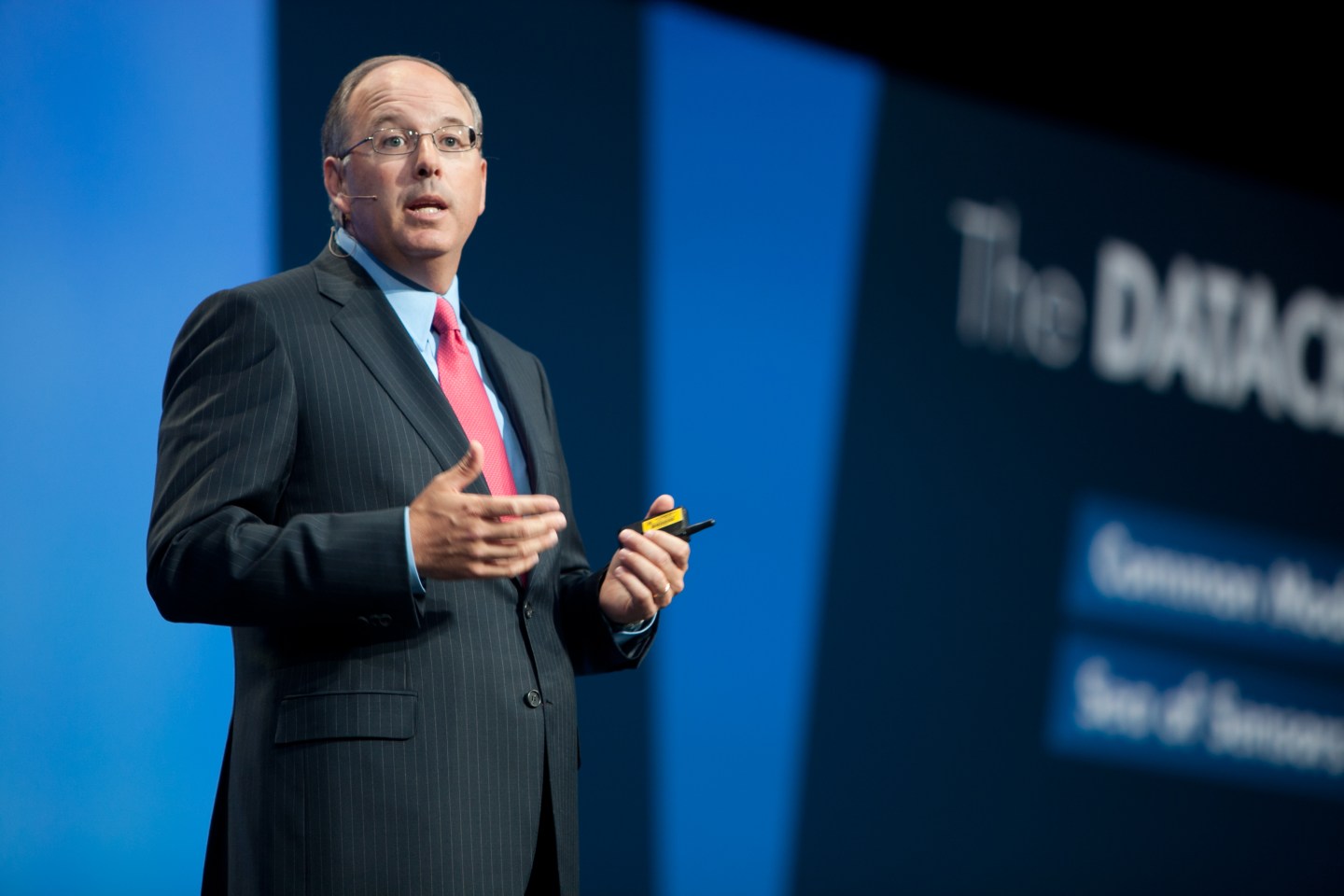 Sources close to the Redwood Shores, Calif.-based company confirmed the change, which has not been made public but was apparently announced internally a few weeks ago. Oracle (ORCL) had no comment on the move.

As part of this expansion, Donatelli will also take on the responsibilities of Shawn Price, Oracle’s senior vice president of cloud, at least for the time being. Price—a former SAP (SAP) executive who joined Oracle in October 2014—is taking time off, but a specific reason has not been made public.

Donatelli will continue to report to Oracle CEO Mark Hurd.

Donatelli is a hard-charging sales executive who spent time at storage giant EMC (EMC) and pre-split Hewlett-Packard (HPQ) before joining Oracle just over a year ago.

Oracle, like other legacy information technology powers like IBM (IBM), EMC, HPE (HPE), and Microsoft (MSFT), is trying to navigate the tricky transition from selling hardware and software that run at customer sites to the cloud computing model, where a tech provider encourages customers to run applications at their own data centers.

Amazon (AMZN) Web Services blazed the trail here in public cloud computing starting ten years ago, hoovering up clients among startups but increasingly taking more Fortune 500 customers as well. That trend is most certainly not good news for the traditional hardware-and-software players.

As part of this massive cloud transformation, older IT companies have cut jobs and streamlined operations. Some have split themselves into different companies, much like HPE and HP Inc., while others have merged, as seen with the Dell-EMC deal.

In June, Oracle cut roughly 300 people from its channels and alliances organization, as reported by trade publication CRN. Support staff in Australia and elsewhere were also cut earlier in the year.