Bye-bye HP, it’s the end of an era 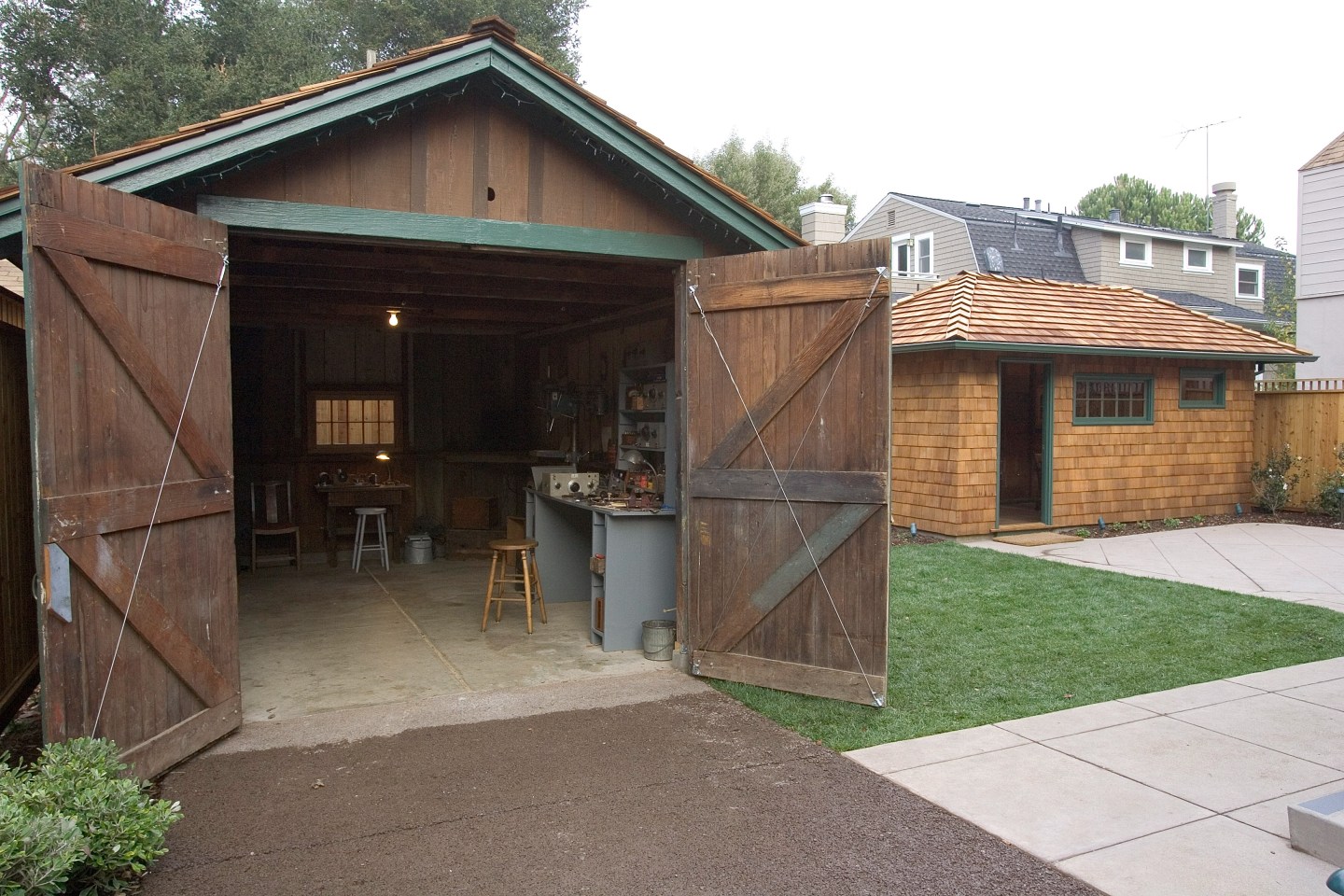 PALO ALTO, CA - DECEMBER 8: The newly renovated HP garage (L) and shed (R), where Dave Packard stayed, on Addison Avenue are seen December 8, 2005 in Palo Alto, California. In 1939 Bill Hewlett and Dave Packard started their business, Hewlett Packard, and used the garage as a research lab, development workshop and manufacturing facility for early products such as the audio oscillator. The garage is a historic landmark as is considered the birthplace of Silicon Valley. (Photo by David Paul Morris/Getty Images)
Photograph by David Paul Morris — Bloomberg/Getty Images

On Sunday, Hewlett-Packard will no longer be a single business. Instead, it will start a new era as two publicly traded companies, Hewlett Packard Enterprise and HP Inc.

This is not the first seismic shift to shake the storied tech pioneer—it spun out its bread-and-butter test and instruments division as Agilent (A) in 2002 — but it is definitely the biggest. Hewlett Packard Enterprise will sell servers, software, storage, networking and associated services. HP Inc. will sell printers and PCs.

Plans for the move were announced by HP CEO Meg Whitman a year ago; formal paperwork was filed in July.

What’s so striking about this is how an engineering-focused, rather stolid company started in a Palo Alto garage in 1939 to build audio oscillators, calculators, and other geeky stuff, lost its way after founders William Hewlett and David Packard and their successors stepped down.

Exactly when things went off the rails is subject to debate, but many point to the controversial acquisition of Compaq Computer in 2001 by HP’s then-CEO Carly Fiorina as the start of the decline.

Since then, the company’s had to weather such self-inflicted wounds as a pretexting scandal in which a board member, an executive and HP-paid investigators faced criminal charges for spying on journalists; the $1 billion acquisition of Palm Computing in 2010 to beef up HP’s mobile capabilities; then the sale of Palm’s intellectual property.

Then there were other bigger, more questionable acquisitions notably HP’s $13.9 billion buy of EDS, the giant computer services company in 2008; followed three years later by its $11 billion bet on Autonomy, a software company. Those purchases resulted in $8 billion write-downs. Each.

And then there was an almost farcical round robin of screwups that included the hiring of Leo Apotheker as CEO in September, 2010 only to fire him a year later, largely due to the Autonomy deal which degenerated into charges and countercharges of fraud between HP and former Autonomy execs.

During the Apotheker regime, word of plans to sell off HP’s PC business leaked. When Whitman, his successor, took the helm, she claimed that would be a mistake given the cost advantages HP got from chip and storage suppliers by fielding both a PC and server business. HP was “better together,” she said. Then, last year she reversed course on that.

There have been starts and stops in HP’s cloud computing story as well. A few years ago, HP execs said the company would compete head on with Amazon Web Services in public cloud computing, a model in which businesses rent computing capacity from a provider like Amazon, Microsoft or Google (GOOG) rather than building out more of their own data center capabilities.

HP subsequently started soft pedaling that notion, and last week threw in the towel on the public cloud business, refocusing (again) on helping customers use Amazon or Microsoft (MSFT) Azure to backstop their HP private clouds. With private clouds, companies can still add or delete computing resources, but all those resources are dedicated to that company, not shared. In a hybrid situation if there is a spike in the workload handled by company resources, the additional work get shipped off to a public cloud partner.

All of that cloud stuff, will fall to the new Hewlett Packard Enterprise unit, along with associated hardware, software and services. It’ll be interesting to see if that new-found focus will pay off or if HP is already too late to this party.

HP Inc. will get the lower-margin PC and printer business which, to be fair, was a huge money maker for HP for a long time..

In November, on HP’s fourth quarter earnings call, Whitman called the breakup a big and complicated separation — the biggest ever done. This is not a spin-off, but two Fortune 50 companies, both with about $57 billion in revenue … But this is HP at it’s best — an execution machine.”

Some see HP’s decision to cut itself into two more narrowly-focused businesses as a direct contrast to Dell’s decision to buy EMC(EMC) (and VMware(VMW)) which is all about scale and the ability to offer a federated set of products and services.

Time will tell, but now that the HP split is nearly final, we’ll get to see if the two pieces can function better than HP as a whole did over the past decade. One can only hope so.