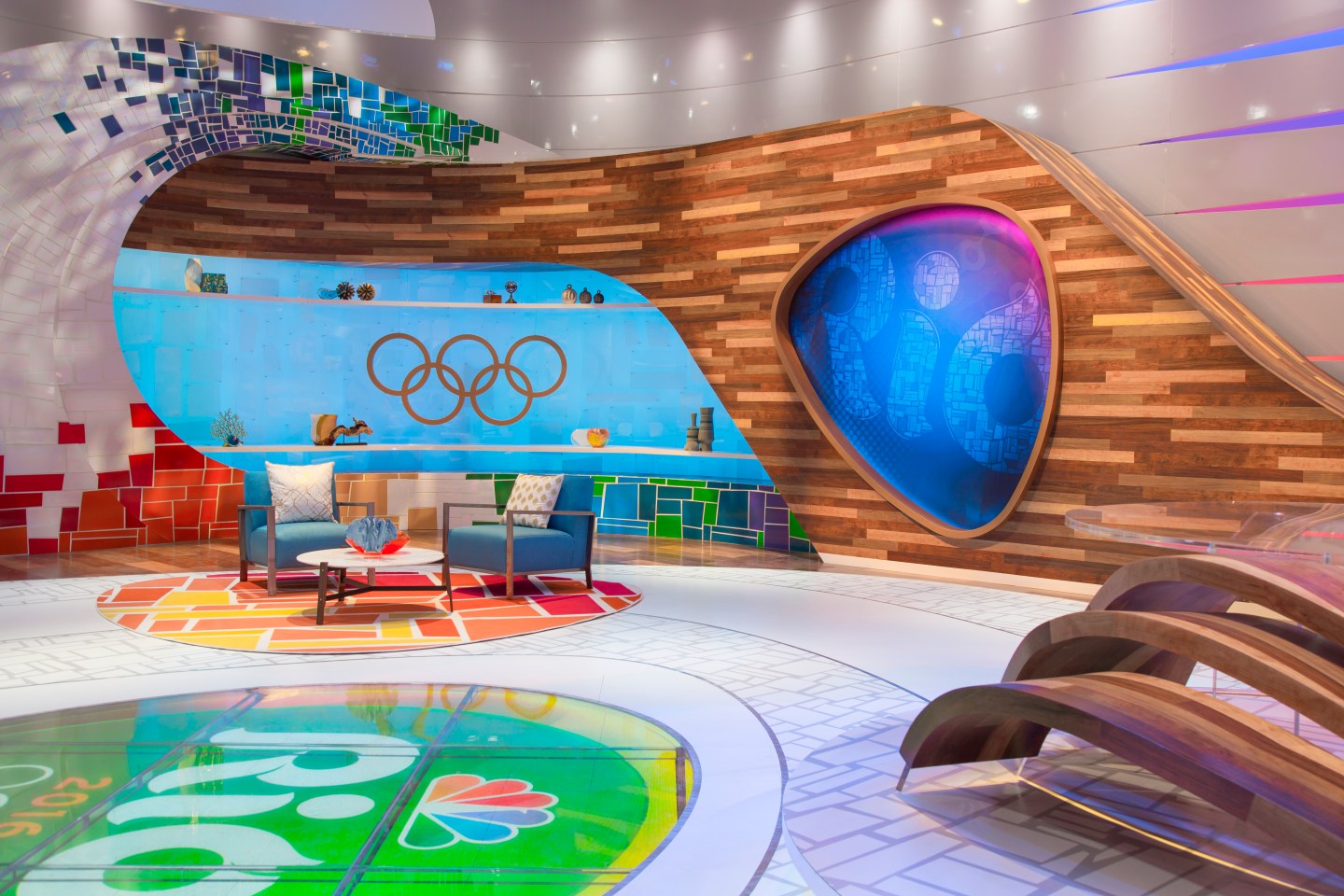 2016 Rio Olympics - Rio de Janeiro, Brazil - 15/08/2016. An undated handout photo shows the NBC operation headquarters for their Rio 2016 Olympics coverage. Paul Drinkwater-NBC/Handout via REUTERS ATTENTION EDITORS - THIS PICTURE WAS PROVIDED BY A THIRD PARTY. EDITORIAL USE ONLY. NO RESALES. NO ARCHIVE. - RTX2L1ZZ
Photograph by Paul Drinkwater — NBC/Handout via Reuters

When the No. 1 TV station of sports-mad Australia revealed its Olympics broadcast would wipe $50 million from annual profits, it was more than a warning for shareholders—it was a sign that the business model of the Games was being shaken up.

The outlook for Olympics broadcasters has muddied, with declining viewer numbers for the 2016 Games likely to put pressure on television advertising rates for future events.

“Instagram, Snapchat, YouTube, Facebook are all sucking the bejesus out of the market,” said Steve Allen, a former advertising buyer for Japanese agency Dentsu, who is now a consultant for the industry.

“They’re taking increasing shares (of the advertising revenue) and that share has to come from someone.”

An exodus of free-to-air television viewers to social media alternatives like Twitter and Facebook has undermined the ability of networks to recoup eye-popping Games broadcast rights costs, industry participants said.

Seven West Media’s Aug. 1 warning that its outlay for this year’s games broadcast would help drive down fiscal 2017 earnings by up to a fifth was the latest symptom of malaise in free-to-air Olympics spectatorship.

Early IOC viewership estimates for the 2016 opening ceremony suggest that the global audience for Rio was probably about the same as London 2012, which was down significantly from Beijing in 2008.

In the United States, Comcast Corp’s NBCUniversal said it had attracted 8.6% fewer eyeballs for Rio than it did for London.

The numbers so far out of Europe also suggest ratings for Rio are down on London, although broadcasters are reluctant to read too much into that due to the time-zone issue.

“It would not be fair to compare the two. It would be like comparing a prime-time show to a morning one,” said a spokesman for RAI, Italy’s national public broadcaster.

One thing all agree on – more and more viewers are switching off their TVs and tuning into the Games through online streaming services, which do not command the same advertising rates as the old-fashioned box.

IOC Television and Marketing Services managing director Timo Lumme said the total amount of hours viewed in 2016 more than doubled the previous record set in London, thanks to the explosion of digital platforms.

“Obviously there’s a huge increase in the amount of consumption through digital media,” he said, citing Seven’s 23.5 million streaming minutes after day nine of Rio, compared with 5.4 million at the same stage in London.

Looking ahead, this rapid change in viewing habits will force broadcasters and the IOC itself to review their business models ahead of Tokyo in 2020.

“A growing shift towards digital is just a reality that broadcasters need to adapt to … by developing services and platforms that correspond to new viewing behaviors,” said Jessica Sjoberg, a spokeswoman for MTG which owns Swedish broadcaster Viasat.

To be sure, NBC’s experience suggests lower TV ratings do not necessarily translate to less advertising income, at least not in the short term. The U.S. company still expects record profits from the Rio Olympics.

But almost all of the more than $1.2 billion worth of ad time it had sold on its TV networks and digital outlets at about the halfway point of the Games was booked before the opening ceremony, and the company warned it may have to give advertisers free time later in the event if ratings continued to slip.

NBC Sports Group Chairman Mark Lazarus told reporters on Aug. 11 that while it was impossible to predict whether NBC would generate the same advertising revenue from the Games in 2020, the selling power of the Olympics was undeniable.

“The Olympics are dominating the media landscape,” he said.

“So from a marketer’s point of view, if you want to be in media at this time and you want to launch a product, or bring something to market, the Olympics is a great place to do it in.”

For more on television, watch:

While it will be up to the IOC to disclose the effects of social media on its revenue, there’s only so much it can do as long as digital rights are tied into broadcast rights in long-term deals.

When Snapchat for example, wanted to strike a deal to carry snippets of Olympics video, it had to negotiate independently with broadcast rights holders around the world. This extra layer of negotiation could become a hindrance to the growth of the Olympics on emerging platforms.

“With fragmenting audiences and the way people just consume any content, the ramifications will keep reverberating up the value chain, right up to the content holder,” said Brian Han, a media analyst at Australian shares researcher Morningstar.

“If you’re the holder of valuable content, you really need to put your head together, think five to 10 years ahead. How do I keep on selling it to these free-to-airs whose capacity to pay will decline?”

The IOC’s Lumme said that at the end of the day, organizers and broadcasters shared an interest in maximizing the Games’ reach.

“For them, obviously, they’ve got to have the commercial payoff. It has to be structured in a way that respects their business model,” he told Reuters in Rio.