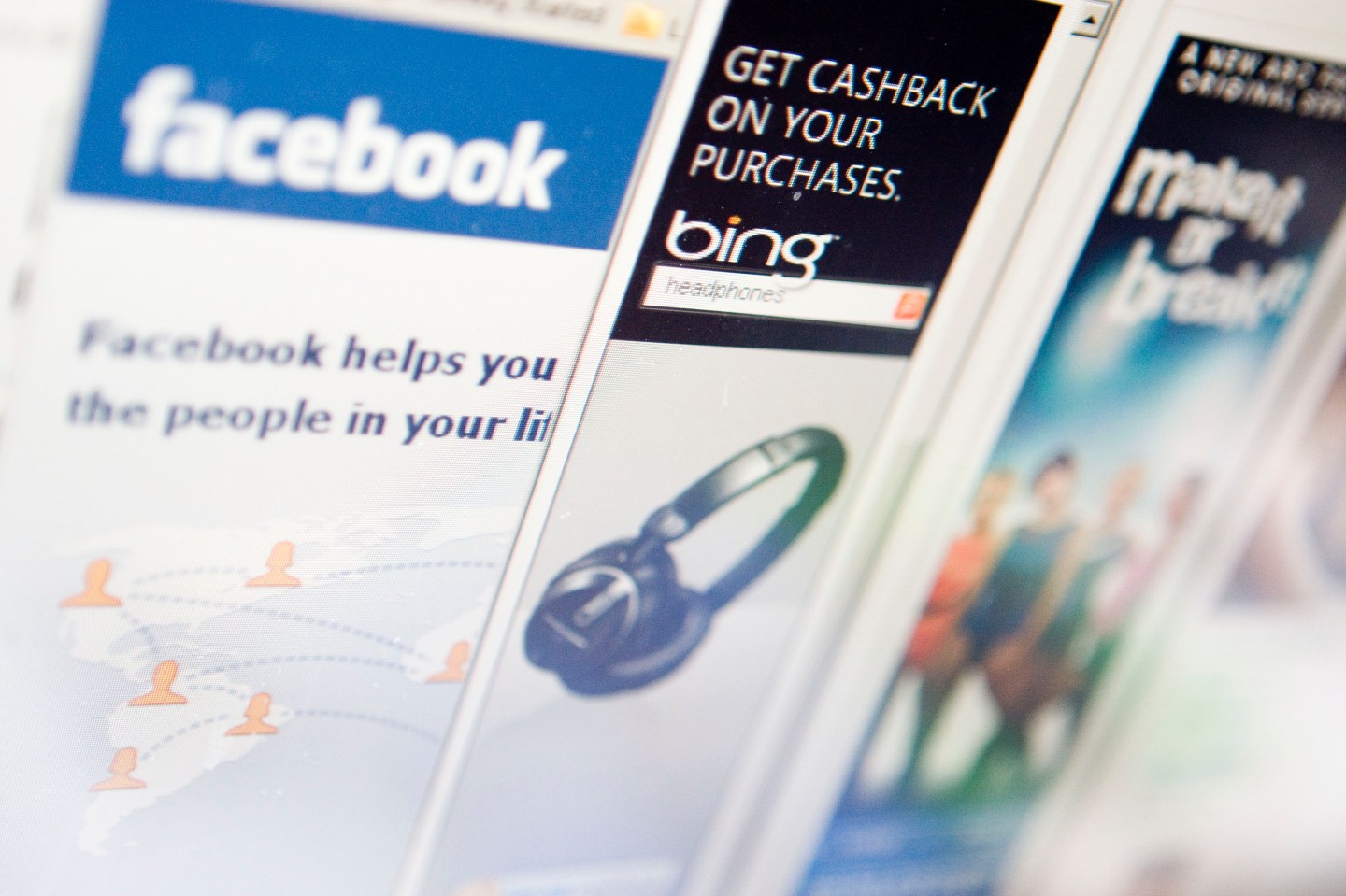 Advertisements on Facebook are displayed on a computer monitor in New York, U.S., on Monday, June 22, 2009, Facebook Inc. said the number of customers using its automated online-advertising system more than tripled in the past year, a sign more small- and medium-sized businesses are turning to the social-networking site.
Photograph by Andrew Harrer — Bloomberg via Getty Images

If there’s one battle that has crystallized a lot of the fear and uncertainty around the media business recently, it’s the fight over ad blocking. Most publishers see it as nothing less than an existential threat to their way of life, and they view users who do it as traitors and thieves. And now they have a powerful ally in that war—namely, the world’s largest social network.

There was a lot of obfuscation in Facebook’s announcement on Tuesday, but the bottom line is that the social-networking behemoth has short-circuited the way that ad blockers function, by removing all the indicators that tell ad-blocking software what is an ad and what isn’t. The end result is that users will no longer be able to block ads on its site.

Not surprisingly, advertisers and publishers were overjoyed to have Facebook (FB) in their corner. The Interactive Advertising Bureau said the social network “should be applauded for its leadership on preserving a vibrant value exchange with its users,” and the Newspaper Association of America said it should be “a wake-up call for any publishers who haven’t taken ad-blocking seriously so far.”

For months, publishers have been trying to find ways to combat the rise of ad blocking. Some have taken to using popups that ask users to “whitelist” the site, while others have blocked anyone using ad-blocking software from reading anything on their pages. New York Times editor Mark Thompson said recently that the paper planned to step up the fight because “no one who refuses to contribute to the creation of high quality journalism has the right to consume it.”

Facebook, meanwhile, tried hard to argue that it isn’t blocking ads just because they make the network billions of dollars in revenue. Andrew Bosworth, the VP in charge of advertising and business use of the platform, said in an interview with the Wall Street Journal that the decision “isn’t motivated by inventory. We’re doing it more for the principle of the thing.”

That’s a noble sentiment. But which principle is Facebook trying to uphold exactly? The company says that advertising is “part of the Facebook experience,” and it is rolling out tools to help users choose what kinds of ads they see. But ultimately, it has decided that advertisers are more important than users.

The reason for this decision is the same as it is for the New York Times or any other publisher that is trying to crack down on ad blocking: Facebook is fundamentally a media company at its core, in the sense that it relies on advertising as its only revenue source. It has no other option but to fight ad blocking with every tool it has. In 2015, ads made up 95% of the company’s $17.9 billion in revenue.

There’s an age-old expression about web businesses, to the effect that if they don’t charge you for their product or service, then you are the product that is being sold. And that is true in spades for Facebook.

It’s also true that as large and influential as it already is in the advertising market, Facebook is still trying to expand. Among other things, it is working hard to get publishers and advertisers interested in its Facebook Audience Network, which allows ads outside of the Facebook site or app to be targeted to users based on the data that the social network has about their interests.

On that score, Facebook got a very obvious message from one of the world’s largest advertisers that it still has work to do. On the same day Facebook announced its ad-blocking moves, Procter & Gamble said it is planning to scale back its use of targeted Facebook ads, because it has found them to be of “limited effectiveness.”

Although P&G said it isn’t cutting back on its Facebook spending overall, that was still a rather large wakeup call about the marketability of Facebook’s advertising model. The kind of detailed demographic and interest-based targeting that the company specializes in makes sense for plenty of advertisers and marketers, but for a consumer-goods company like P&G that is more interested in broad reach and awareness, that kind of targeting may not be terribly compelling.

To use a real-world analogy, Facebook is still a lot more like direct mail than it is like television, and not everything works well with a direct-mail approach. That’s part of the reason Facebook wants to expand more into video, so that it can give advertisers like P&G more of what they want.

In the meantime, the company’s decisions on ad blocking send a very obvious message, both to advertisers and to users. To the former it says “We are with you, and we will do whatever we have to in order to make sure your messages get through.” And to the latter, it says: “Enjoy the free services that we provide, but be aware that we are paying for those with your attention, and the ones paying for it come first.”