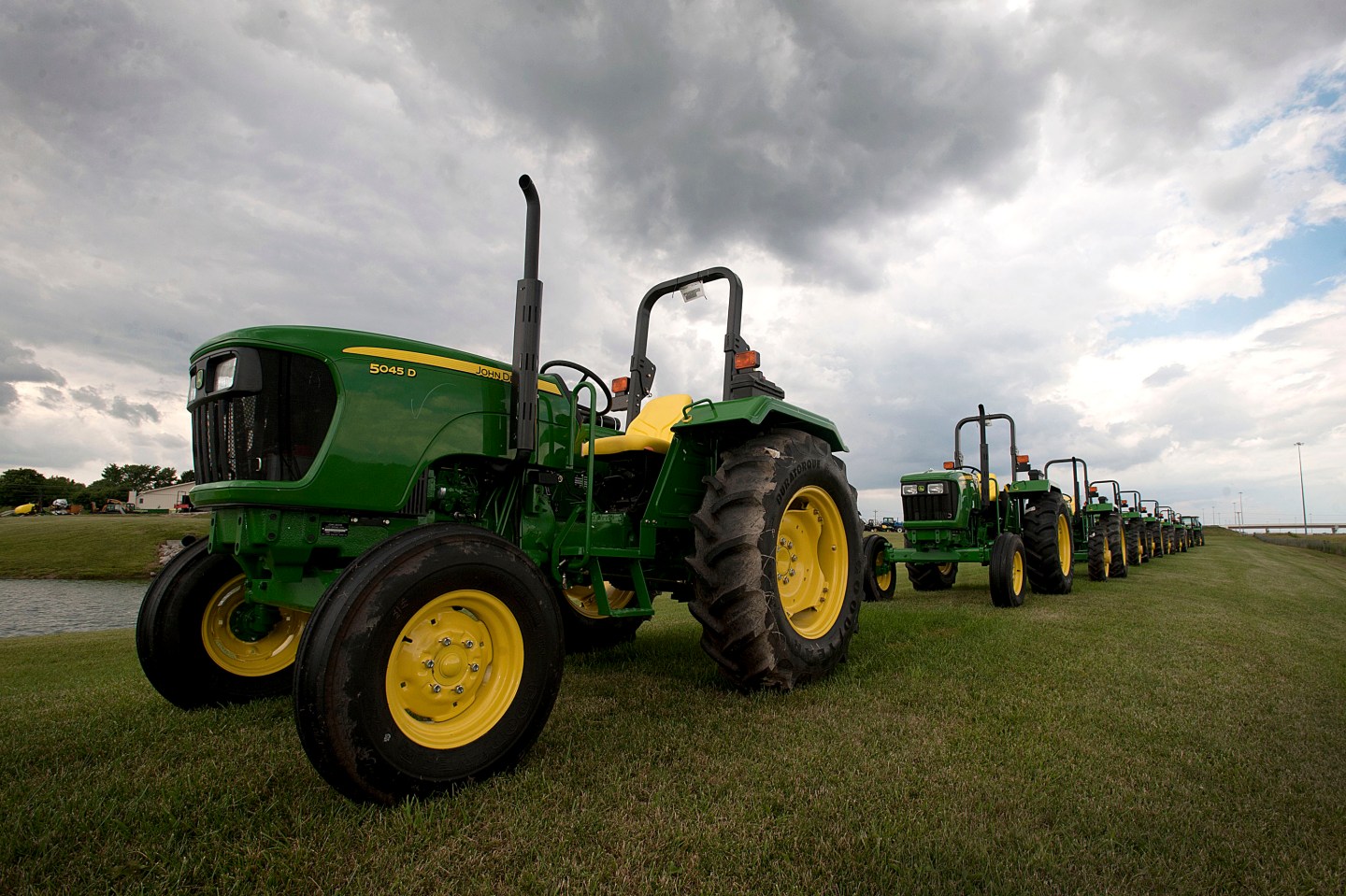 Shares of Deere were up 12.8% at $86.75 in late afternoon trading after the company reported better-than-expected second-quarter results.

Deere officials said they are relying on cost cutting, not a rebound in demand, to deliver fiscal-year earnings of $1.35 billion, up from the previous forecast of $1.2 billion.

“We have devoted more of our R&D resources to focus on cost reductions in the last two years,” Chief Financial Officer Raj Kalathur said during a conference call with analysts. “We have increased our focus on efficiency improvement and structural cost-reduction activities.”

Deere has put about 2,000 employees in its Midwestern factories on indefinite layoff since 2014, spokesman Ken Golden said. Deere’s global workforce is now about 57,000 employees, down from about 67,000 in 2013.

The company said production hours at its East Moline, Illinois, combine factory will decline 60% this quarter. The company also plans to reduce output at its Waterloo, Iowa, tractor plant by 20%.

Other heavy machinery manufacturers are accelerating job cuts and shedding operations to weather a prolonged demand slump. Caterpillar (CAT) the world’s largest manufacturer of mining and construction equipment, said Thursday it is exploring options, including divesting, for some of its operations that make coal mining equipment.

The U.S. farm economy is in its third down year, with the U.S. Department of Agriculture forecasting a 3% drop in nationwide income to $54.8 billion in 2016. Costs of seeds and chemicals remain high, while record-large harvests are pressuring crop prices.

Deere said it expected an equipment sales decline of 10% for the fiscal year, steeper than the 9% drop it had forecast in May.

“Revenues were worse than we expected, but Deere (is) doing a great job cutting costs,” S&P Global Market Intelligence analyst Jim Corridore said in a statement. Market conditions are likely to remain unfavorable into 2017, Corridore said.

(Reporting by Meredith Davis in Chicago; Editing by Chizu Nomiyama)