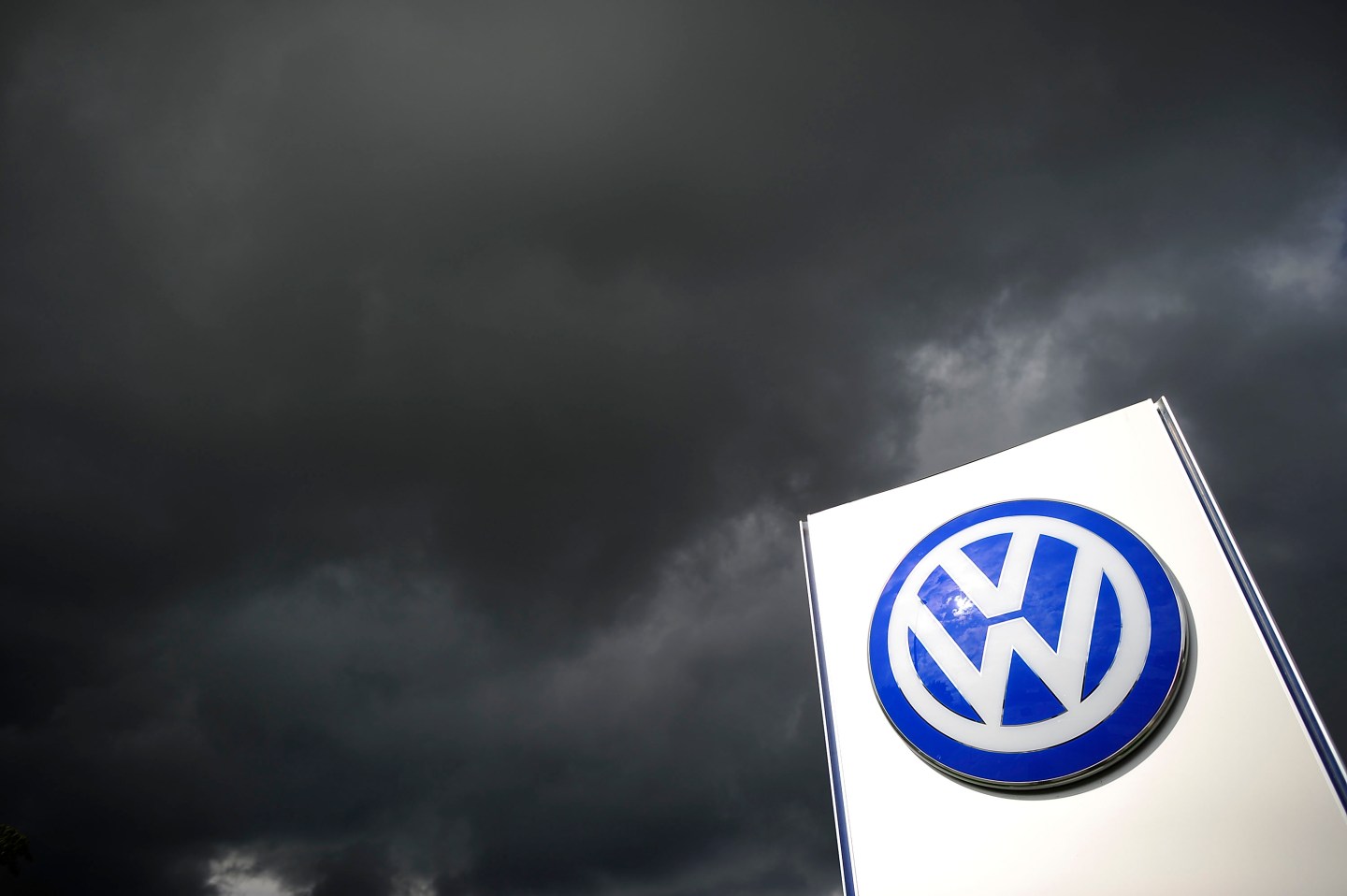 WOLFSBURG, GERMANY - SEPTEMBER 23: Rain clouds are seen over a Volkswagen symbol at the main entrance gate at Volkswagen production plant on September 23, 2015 in Wolfsburg, Germany. Volkswagen CEO Martin Winterkorn and other members of the supervisory board are believed to be meeting inside the headquarters to discuss the Volkswagen Diesel emission scandal, which affects 11 million vehicles worldwide. (Photo by Alexander Koerner/Getty Images)
Photograph by Alexander Koerner/ Getty Images

CarTrim, which makes seats, and ES Automobilguss, which makes cast iron parts needed to make gearboxes, are seeking compensation after saying they faced lost revenues running into tens of millions of euros.

Volkswagen is to cut working hours for more than 10,000 staff at its Wolfsburg headquarters and reduce output at two more German sites, a source told Reuters on Thursday, as the carmaker faces supply problems caused by a parts maker not keeping to delivery commitments.

“Because Volkswagen declined to offer compensation, CarTrim and ES Automobilguss were forced to stop deliveries,” the German companies said in a statement issued through parent company Prevent DEV GmbH.

Prevent said it was only those divisions that had a dispute with VW and that it hoped to prevent a further escalation of hostilities. Volkswagen was not immediately available for comment on the suppliers’ accusations.

The carmaker asked a German court on Friday to force Car Trim to resume deliveries or have its executives risk being jailed, the latest step in an escalating row that has also forced its factory in the German town of Emden to reduce working hours.

A shortage of gearbox parts is also affecting production in Kassel, another German plant, where over 16,000 workers produce gearboxes, auto parts and electric engines, a VW spokesman said, adding the company is looking at flexible hours at that factory too.