How White People Can Help the Diversity Cause 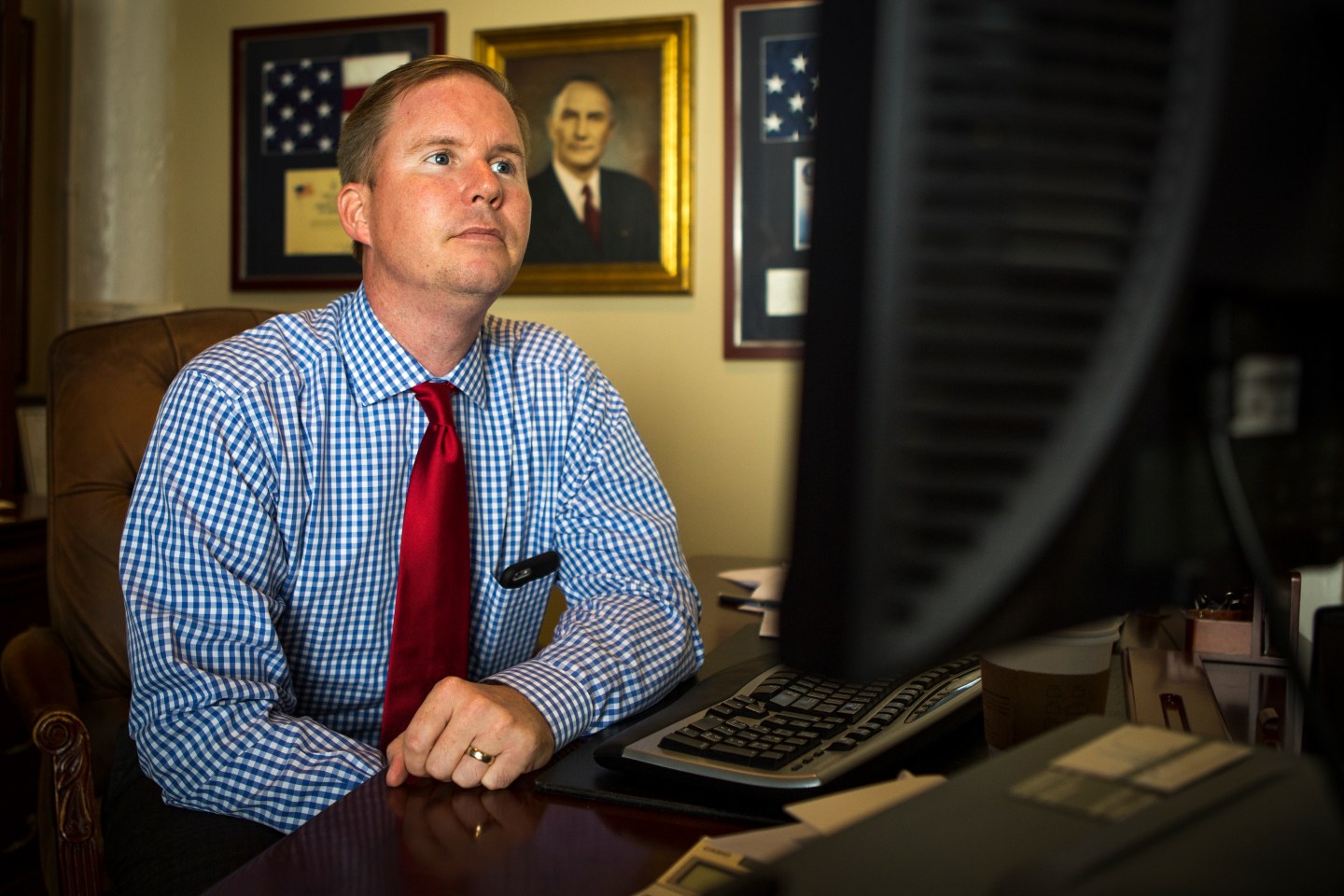 Charleston, SC - JUNE 29, 2015: South Carolina State Senator Paul Thurmond reads one of hundreds of positive and supportive emails he received after giving a speech calling for the removal of the Confederate Flag from South Carolina statehouse grounds. A portrait of his father hangs on the wall over his shoulder between to United States flags.
Photograph by The Washington Post/Getty Images

Of all the tidbits we gleaned from the recent Pew Research report about how often black, Hispanic and white people post or view content about race on social media, the racial divide may be the most important. Turns out, white internet users are largely out of the conversation.

While 28% of black social media users and 20% of Hispanic ones say that some of the things they share or post on social media are about race or race relations, only 8% of white folks talk about race in online social spaces, with a large majority, 67%, saying they never do.

It’s understandable. This is tough stuff, and nobody wants to make a mistake that can get them flamed into oblivion.

But in many businesses, the most important conversations about growth and strategy still happen in majority white spaces, like executive boards, management committees and executive confabs. And this is where speaking up about issues of race and inclusion – also known as ‘white allyship’ – can make the most difference.

But it’s not easy. “There’s a real cost to bringing things up, like ‘where are the brown faces in this ad?’ or ‘why are there are only white people on this committee?’ ”one white executive from a Fortune 500 firm told me on background. “You risk making other people feel like they’re insensitive or don’t notice things,” they said. “And when you’re asking for people to change the way they think, it feels like a threat to their line of business.”

Allies can feel like a minority of one when they step away from their peers. “Because what we’re really talking about when we talk about ‘allyship’ is dismantling systems, the way things have always been done,” says Mychal Denzel Smith, the author of Invisible Man, Got the Whole World Watching: A Young Black Man’s Education. Pushing for change makes people uncomfortable, which can cost you friends and professional capital. “You have to be prepared for that. You have to ask yourself, ‘what am I willing to lose?’” Sometimes it’s personal. And sometimes it’s economic.

Smith says allies need to focus on turning that loss into a win. “What are the opportunities associated with the establishment of new systems that don’t deny others access to their own humanity and the respect and dignity afforded you?” Build on that. And keep talking.

One of the most spectacular recent examples of white allyship came from South Carolina State Senator Paul Thurmond, 40, the youngest son of the late Senator Strom Thurmond, one of the state’s most famous segregationists. Last year, Thurmond was one of the first state lawmakers to publicly call for the Confederate battle flag to be removed from the statehouse grounds after the shooting at Charleston’s Emanuel AME Church. “Our ancestors were literally fighting to continue to keep human beings as slaves, and continue the unimaginable acts that occur when someone is held against their will,” he told his colleagues. “I am not proud of that heritage.”

The flag came down.

And two months later, Thurmond opted not to run for re-election to, yes, spend more time with his family. (And build his law practice.) I recently emailed him a question. “Was the cost of speaking out too high?”

“Doing the right thing is never at a cost,” he responded, minutes later.