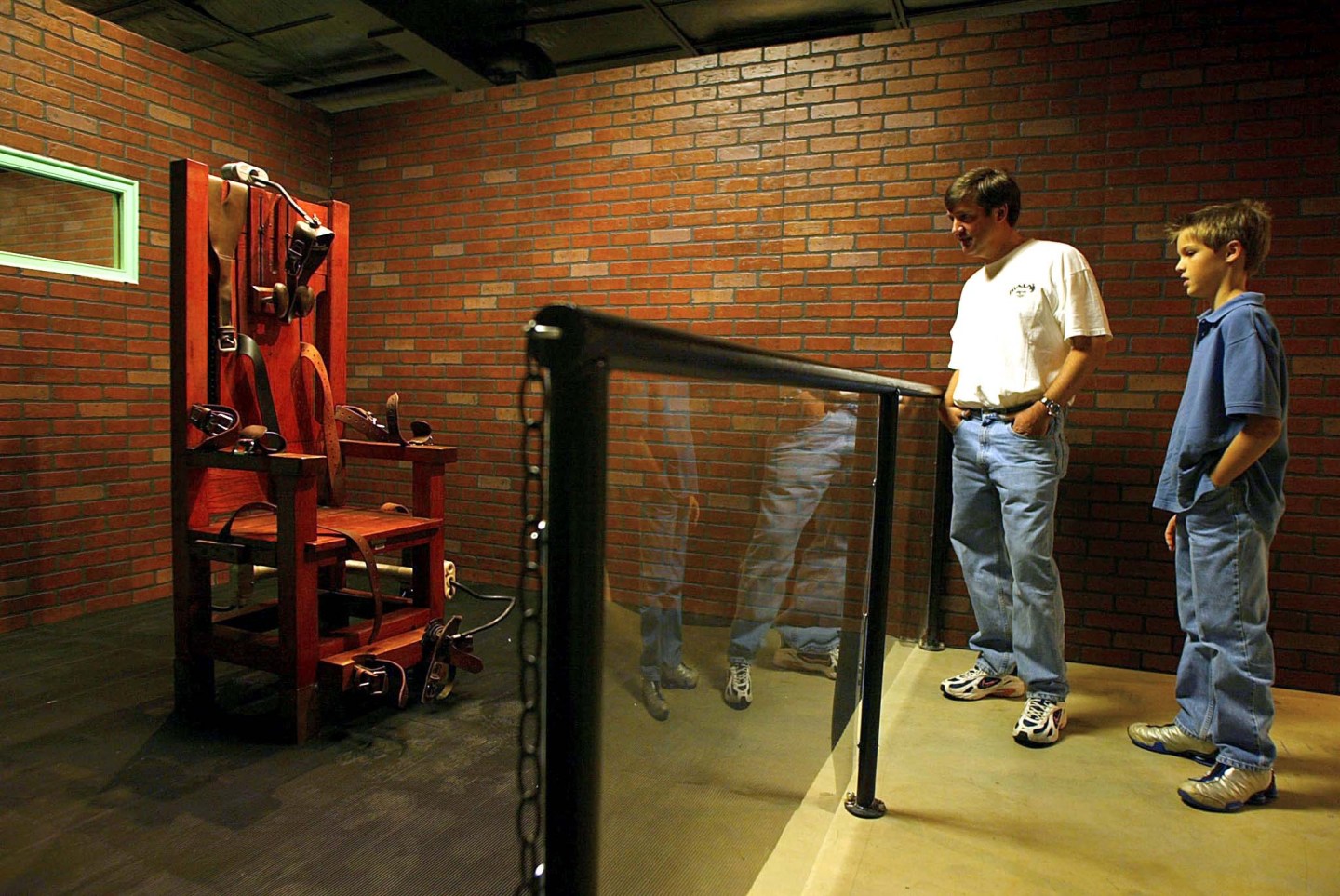 Pigeon Forge, Tennessee is a family-friendly destination, with such wholesome attractions as Dolly Parton’s theme park Dollywood, the Titanic Museum Attraction, and Hollywood Wax Museum. But this fall it also will become home to a new 24,000-square-foot museum devoted to a somewhat darker theme: America’s system of crime and punishment. Called Alcatraz East, the facade will resemble a 19th century prison, and according to a press release, it will house such artifacts as John Dillinger’s death mask, Al Capone’s rosary, the Bronco from the OJ chase and “items related to the 2012 Benghazi attack.”

Whether it’s visiting the 9/11 Memorial, the ruins of Pompeii or the Tower of London, grief tourism, also called dark tourism, has long had an appeal. But since the 1990s, as the U.S. prison population exploded, new, bigger prisons were built –and states looked for a way to repurpose older ones. “They couldn’t afford to demolish [or remodel them],” said Michelle Brown, associate professor of sociology at the University of Tennessee.

And so, many old prisons were converted into museums or recreational sites catering to tourists. Twenty-nine states have an average of at least two prison museums each, according to Fortune’s review of multiple compilation listings — they’re run by either governments or non-profits. Some old prisons have seen new life as hotels and “haunted houses.”

Philadelphia’s Eastern State Penitentiary, a prison built in the 19th century that housed Al Capone and bank robber Willie Sutton, has been a museum since 1994. Every Halloween, it holds an after-hours scarefest, called “Terror Behind the Walls.” Since 2007, Boston’s old Charles Street Jail has been the home to the luxury Liberty Hotel; the catwalks and a few cells are still in place for tourists to check out.

Some two decades after America entered the era of mass incarceration, prison life has become an object of fascination and entertainment, some of it lurid.

The 27-year-old Texas Prison Museum ($5 for adults, $3 for children 6 to 17) draws 32,000 visitors a year and features exhibits about unusual recreational events called “prison rodeos,” historical figures like Bonnie and Clyde, and a particularly big draw, Old Sparky, the electric chair once used for executions. The museum, ironically, is not far from the state prison system headquarters and its five facilities housing 9,000 prisoners, including the Texas State Penitentiary at Huntsville and the state’s death chamber, the most active in the country with 537 executions since 2982. For $1 a person at the museum, you can wear a striped shirt and take photos behind bars, according to the Texas Observer. There is a gift shop with items made by prisoners, such as $100 metal belt buckles and $35 wallets.

READ: Misery Tourists: How the Wealthy Learn What It’s Like to Be Poor

“I wasn’t a part of this museum when it first opened and I wondered, ‘who in the world would want to visit a prison?'” director Jim Willett, 66, told Fortune. “It’s all sorts of people. We get people from all over the world. I think people come just to try to learn something about what’s on the other side of those walls and fences.” A retired prison warden, he’s seen teachers, parents and grandparents bring kids in to “make sure they never wound up in [a prison].”

A general view of the Eastern State Penitentiary on Fairmount Avenue, opened in 1836 and closed in 1971. Photograph by Paul Marotta — Getty Images

Some museums have pushed a mission to educate the public about the evolution of the penal system, but there has been criticism that, depending on the institution, the “history” is sanitized, leaving out abuse of prisoners and other unsavory aspects of the criminal justice system.

Elizabeth Neucere, who received her master’s degree in history from Sam Houston State University, wrote her thesis on the Texas Prison Museum, according to the Texas Observer. She observed that the museum provides a skewed portrait of prison life. “Impropriety in the Texas prison system goes unnoticed by museum visitors, making contemporary inmate battles for human rights seem unwarranted,” she reportedly wrote.

The University of Tennessee sociologist Michelle Brown tells Fortune she has seen exhibits that were just voyeuristic entertainment, “based around a really uninformed sense of spectacle.” She recalls a museum in West Virginia where a mannequin was dropped from a gallows, “which thrilled everyone and horrified me.”

Given the debate over mass incarceration, some, however, think the interest can be useful and positive. The Eastern State Penitentiary, for instance, “actually has become this hub of academic [activity],” said Lauren-Brooke Eisen, senior counsel in the justice program at the Brennan Center for Justice, a New York think tank promoting criminal justice reform.

Eastern State Penitentiary has a 16-foot-high bar graph, showing the dramatic jump in the prison population, due to expanded definitions of crimes and longer, mandatory sentencing for nonviolent offenses, notes Sean Kelley, Eastern State senior vice president. The museum hopes to provoke visitors to think, “America decided to [undertake these policies] about 40 years ago. Here’s what we got. Are we sure we want to stick with it or do we want to look at something else?”

And yet, even the most high-minded prison museums have tension between mission and show biz. It costs up to $50 a person to attend Eastern State’s Halloween haunted house. The resulting revenue provides the bulk of funding for the museum’s activities. “The ethics of turning our historic venue into an entertainment platform is complicated,” Kelley says.

The Brennan Center’s Eisen feels overall the interest is positive. “I think it would be more disturbing if we had [millions of people] behind bars and nobody paid attention or wanted to know what it was like,” she said.