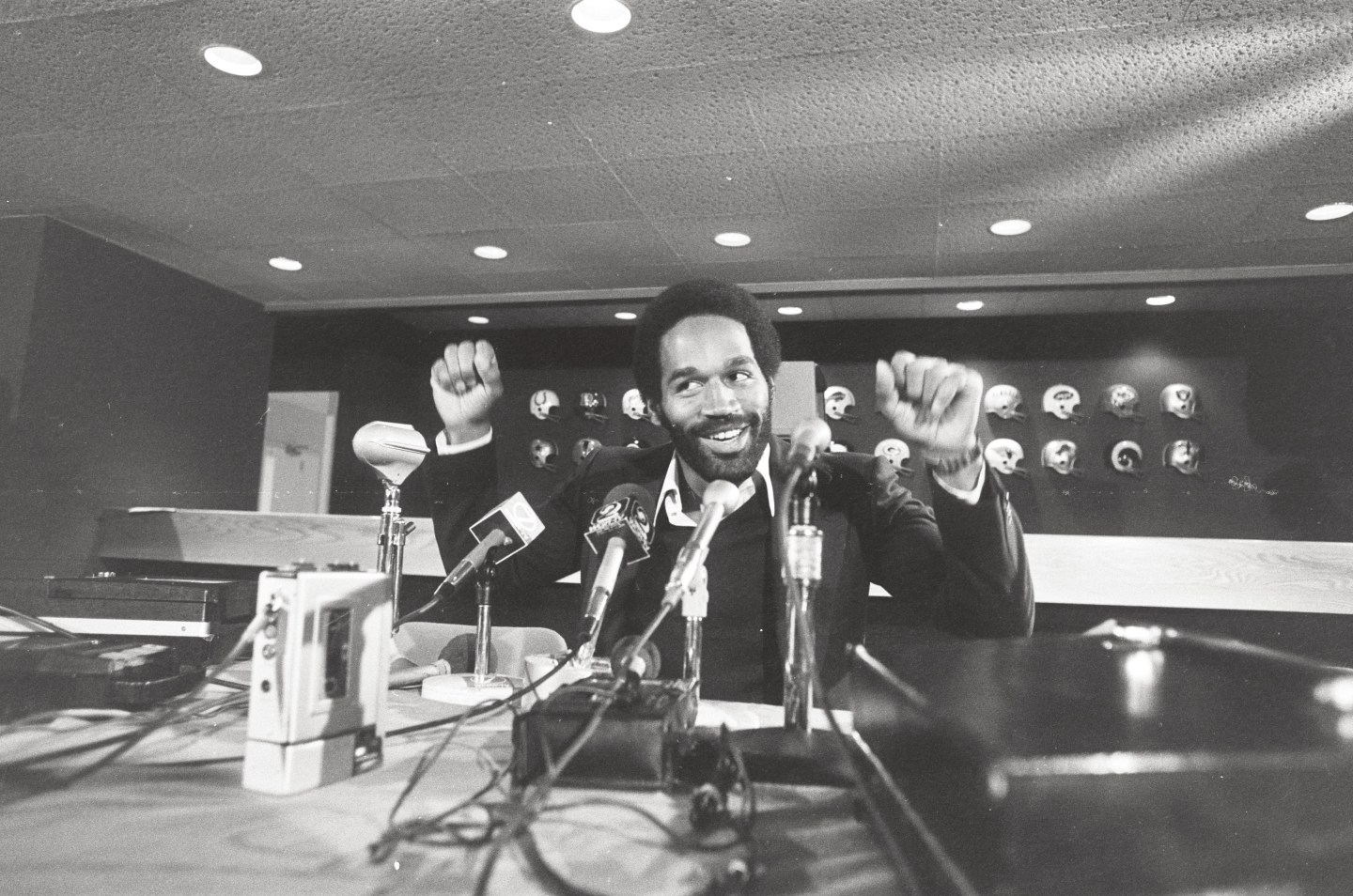 More than two decades after the “not guilty” verdict heard around the world, O.J. Simpson and the “Trial of the Century” continue to captivate American television viewers.

The latest example debuts on Saturday, June 11, at 9 pm EST, with the premiere episode of director Ezra Edelman’s O.J.: Made in America, a five-part, 7.5 hour documentary series produced by ESPN Films, the sports network’s production company that is behind the acclaimed series of 30 for 30 sports documentary films.

For the executives at ESPN, there were no reservations in giving Edelman 7-plus hours to fully tell the story. “We want to tell this complete story as it pertains to O.J. Simpson, race, and celebrity in America,” Connor Schell, executive producer of ESPN Films, told reporters on a conference call earlier this week.

O.J.: Made in America is already generating a fair amount of buzz among television critics, who have described the documentary as “astonishing” and “a journalistic marvel” while generally agreeing that the documentary is the best yet to come out of ESPN Films’ Emmy- and Peabody Award-winning production studio.

Where Made in America manages to set itself apart from the crowd is the fact that Edelman—who had previously directed a pair of 30 for 30 docs for ESPN—devotes a substantial portion of the multi-part series to Simpson’s life and career before the murders took place. The series establishes the context of Simpson’s fame and his relationship with the African-American community while also exploring the history of race relations in Los Angeles, all of which lays the groundwork that helps recreate some of the shock and drama that fed the media circus around Simpson’s murder trial.

Earlier this year, 21st Century Fox’s FX aired The People vs. O.J. Simpson: American Crime Story, a 10-episode dramatic adaptation of Jeffrey Toobin’s 1997 book. The FX series, starring Cuba Gooding Jr. as Simpson, revolved around the infamous murder trial, garnered very strong ratings of its own, and pulled in nearly nine million viewers with a February premiere episode that paved the way for the series to become cable’s most-watched new show of 2016.

Meanwhile, the Investigation Discovery channel, owned by Discovery Communications, plans to air its own series next year, called Hard Evidence: O.J. Is Innocent and executive produced by actor Martin Sheen, that claims it will present never-before-seen evidence that would prove Simpson’s innocence.

Even ESPN Films has delved into the Simpson saga in 2010, when it produced a nearly hour-long 30 for 30 documentary, called June 17, 1994, about the day police chased Simpson and his white Ford Bronco on Los Angeles’ 405 freeway.

Connor Schell, executive producer of ESPN Films, told reporters on a conference call earlier this week that, when he first discussed the project that became Made in America with the director Edelman more than two years ago, they had no idea to what extent the Simpson trial would reassert itself into American popular culture after two decades—not to mention the surge in popularity of the true crime genre, as seen recently with documentary series like Netflix’s Making a Murderer and HBO’s The Jinx.

“We just thought this was a really important and compelling story to tell, and that Ezra was the perfect guy to go do this,” Schell said.

In the call with reporters, both Schell and Edelman noted that Made in America—which is the first episodic documentary from ESPN Films—was originally conceived as a five-hour film, at the longest, but the length grew to accommodate the wealth and quality of the material Edelman was able to gather. “Maybe, if I’d only had five hours, I wouldn’t have been able to talk about the murders. And, that would’ve been fine with me,” Edelman said.

Whether or not the critical acclaim already experienced by O.J.: Made in America means that television viewers can expect more long-form, multi-part films from ESPN remains to be seen, as Schell said the longer format is difficult to sustain without the right subject matter. “We are open and interested and actively exploring doing more multi-part, longer form stuff, but we don’t have anything specifically in the works,” Schell said. “And, I think we would be really lucky if we found [another subject] that would support this kind of treatment.”

The first episode of Edelman’s documentary airs Saturday at 9 p.m. ET on ABC—which, like ESPN, is owned by Walt Disney—before switching to the cable sports network on Tuesday to re-air the premiere and debut the second part of the series.