What Happens to the Cash if Donald Trump Quits? 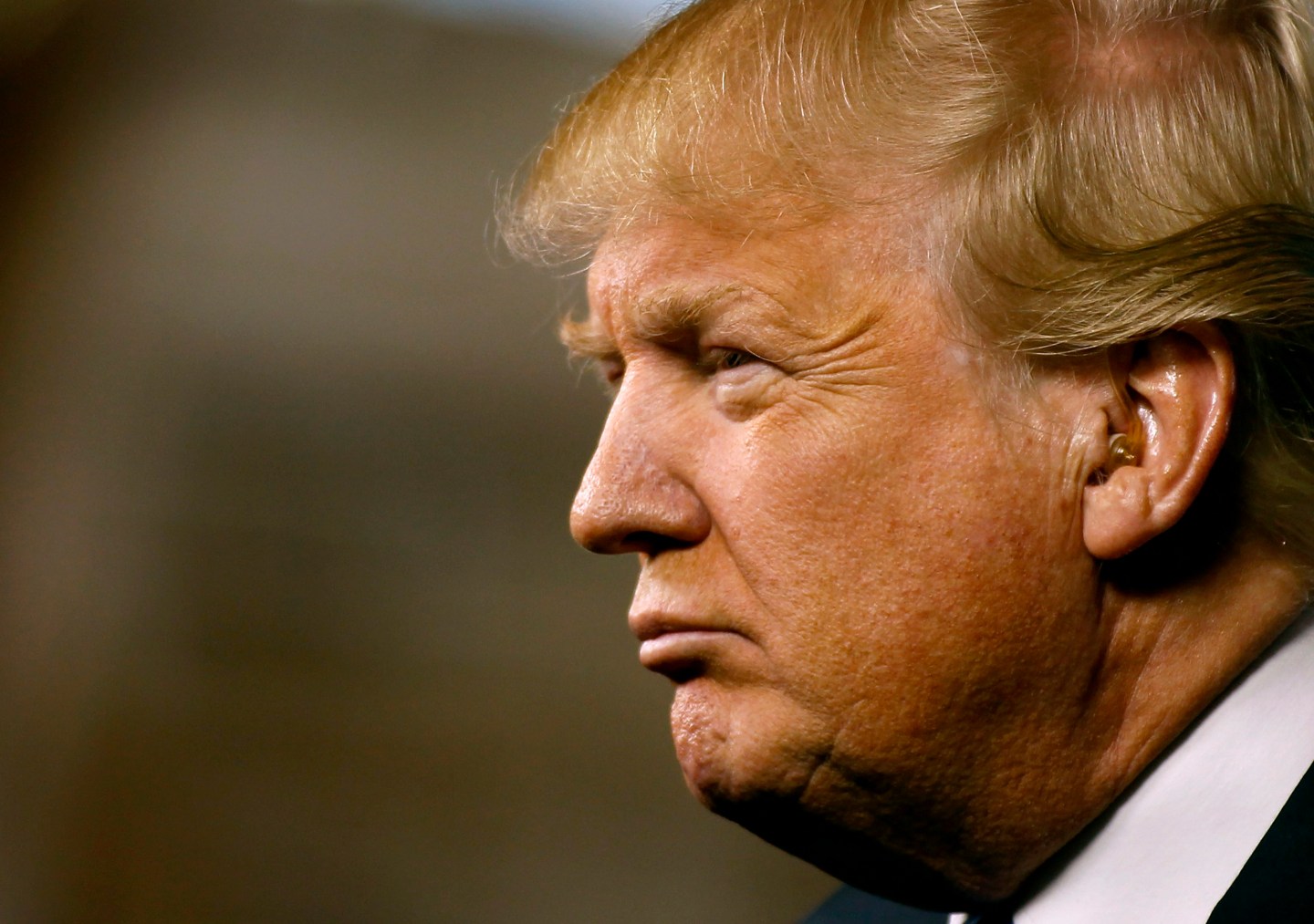 Republican presidential candidate Donald Trump peers out into the crowd during a campaign event at the International Air Response facility on December 16, 2015 in Mesa, Arizona. Trump is in Arizona the day after the Republican Presidential Debate hosted by CNN in Las Vegas, Nevada.
Photograph by Ralph Freso — Getty Images

Is Trump looking for a way out?

Some of the Republican candidate’s latest inflammatory rhetoric has political insiders speculating he doesn’t really want to be President and is sabotaging himself to avoid a potentially humiliating loss to Hillary Clinton in November.

If he actually quits it would be an unprecedented campaign move. Which raises questions about what would happen next; particularly to the $20 million currently in Trump’s campaign bank account.

Yahoo Finance reports Trump could give the money to the Republican National Committee to fund the campaign of its replacement candidate.

Trump could also convert his campaign committee into a political action group, which would permit him to donate up to $5,000 apiece to other candidates, according to Yahoo.

Another option is to convert the Trump campaign into a Super PAC, which could accept unlimited contributions from wealthy donors and spend any amount on its own expenditures, Yahoo reports.

Trump’s campaign donors might be pleased if he actually gave them their money back, which is also an option. Then there’s the charitable move, which would be to donate the campaign funds to a charity like the 41 veterans groups Trump raised money for and eventually donated to earlier this year.

“This issue has never come up before,” former Campaign Legal Center General Counsel Larry Noble told Yahoo Finance. “The timing would be horrendous.”

Among Trump’s more controversial moves of late was his war of words with the Muslim Gold Star family of a U.S. soldier killed in Iraq and Trump’s perceived initial hesitation to endorse Republican House Speaker Paul Ryan in his Wisconsin primary battle with conservative business executive Paul Nehlen.