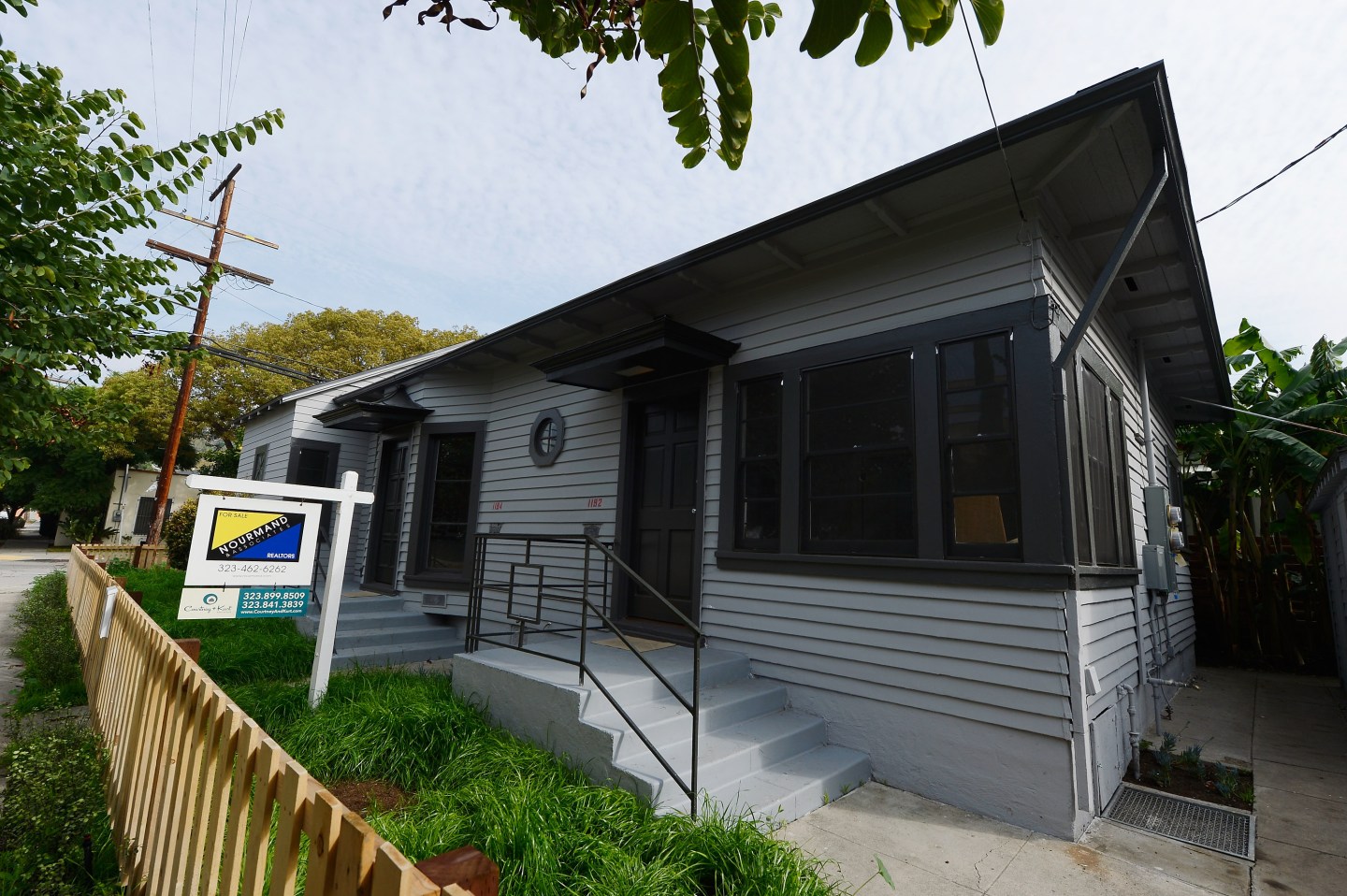 America has waited years for the housing recovery to reach “escape velocity.”

The idea was that home values and construction activity would continue to improve until they became the driving force behind economic growth, powering a virtuous cycle of increased employment and rising incomes that would benefit most Americans.

But instead of reaching what economists call escape velocity, the housing recovery may need to visit a refueling station. According to data released Tuesday by the Commerce Department, new residential construction fell in July, down 0.1% from June, to a seasonally adjusted annual rate of 1,152,000.

That’s up from last year’s level of 1,142,000 new homes, but the rate of growth has declined significantly since earlier this year.

“The rate of housing start growth is slowing,” writes Trulia (TRLA) chief economist Ralph McLaughlin in an email. “July represents the fourth-straight month where the 12-month rolling total was flat or less than the previous month.”

Meanwhile, construction growth isn’t fueling significant job growth, as the number of construction jobs per housing start fell to a 10-year low in July, according to McLaughlin.

This lack of momentum is also being reflected by other surveys. The National Association of Homebuilders reports that homebuilder confidence edged up slightly between June and July, but it remains below last year’s level; that’s after many years in which confidence was rising steadily month after month.

It’s not exactly clear why the housing recovery seems to be stalling out. Demographic trends are in housing’s favor, as the median American age is 26. Economists generally predict that as this cohort continues to age, they will seek single-family housing much like their parents did.

But mortgage lenders continue to be wary of lending to all but the most creditworthy borrowers, as evidenced by the relatively high median credit score for newly issued mortgages. Furthermore, homebuilders have been focusing their efforts on the higher end of the market, in response to this tight credit and widening economic inequality that has left the middle class economically strapped.

This cautious approach hasn’t paid off for the industry, however. Publicly traded homebuilders have struggled over the past year, as evidenced by the S&P Homebuilders Select Industry Index falling more than 7% over the past 12 months versus a 21% increase in the overall S&P 500. That said, homebuilder stocks have roughly tracked the index so far this year and Home Depot (HD) president and CEO Craig Menear said “housing continues to be a tailwind for our business,” when the home improvement retailer reported quarterly results on Tuesday.

“We continue to be positive on the housing market, given fundamentals,” writes Neil Dutta, chief economist with Renaissance Macro Research, “but much will depend on the willingness of homebuilders to supply more entry level homes.”

So far, we’re still waiting on the home-building industry to kick it into higher gear. But if the recent run of disappointing data continues, we could be waiting a while.