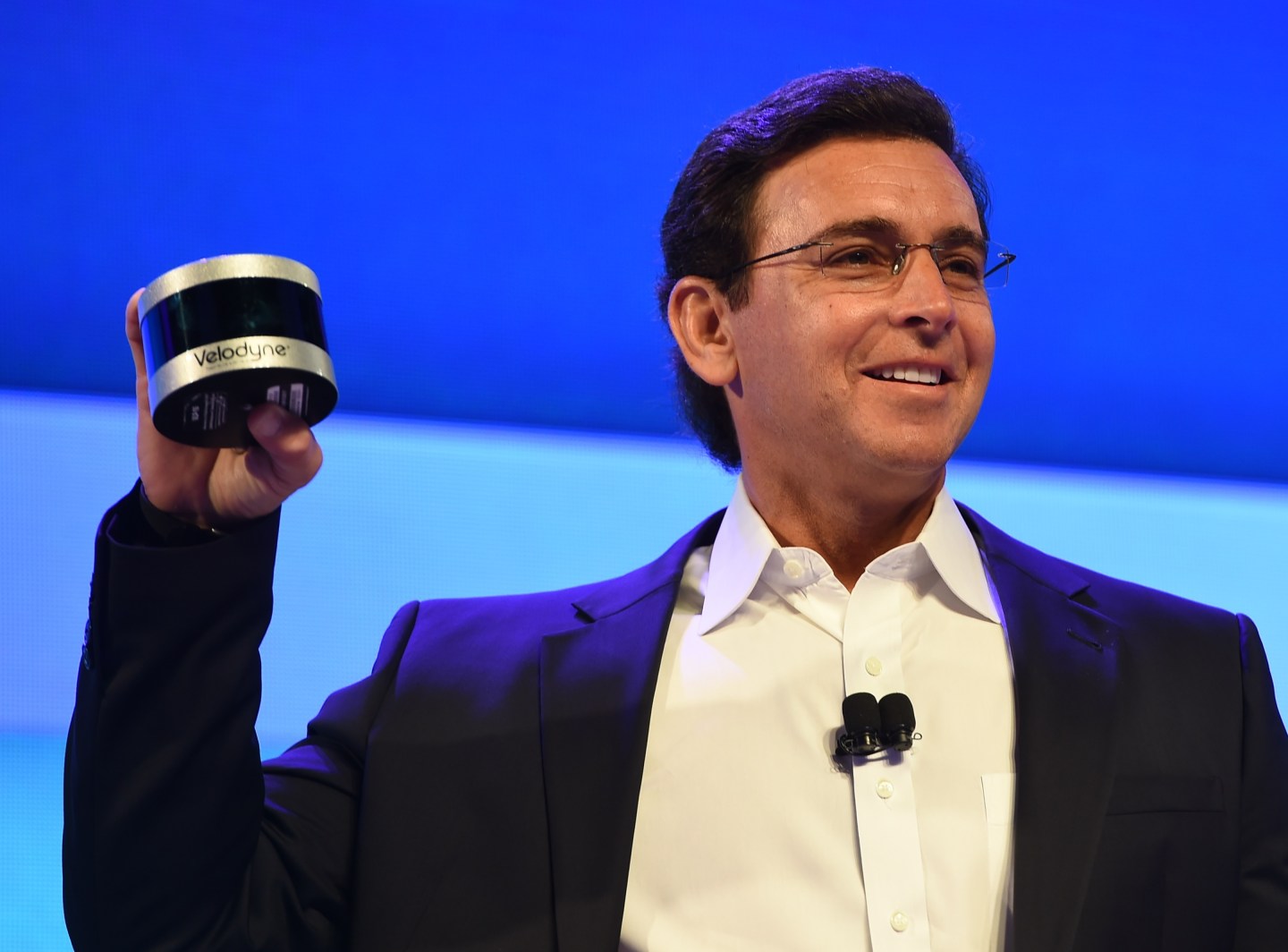 Ford Motor (F) and Chinese search engine Baidu (BIDU) have invested $150 million into Velodyne LiDAR, the leading supplier of technology that lets self-driving cars see and avoid what’s around them.

The capital will be used to help Velodyne lower the cost of its LiDAR—precise and expensive light-sensitive radar systems that provide a three-dimensional view of surroundings up to 200 meters away. Velodyne plans to use new funding to scale up its manufacturing, as well as its research and development departments.

It is also working with the supplier network in an effort to increase efficiency and increase production, all in a bid to push the cost of its LiDAR down. The company, which employs more than 200 people, will double that number in the next 12 to 18 months, Velodyne president and COO Mike Jellen told Fortune.

The company has already had success lowering the cost of its LiDAR systems from more than $80,000 to about $8,000 today for its latest prototype, which is used in the testing of autonomous vehicles. Once the company shifts to mass production—helped by this latest investment by Ford and Baidu—that price is expected to fall considerably.

The Morgan Hill, Calif.,-based company is targeting prices in the mid- to lower-$100s by 2018 for a production version of LiDAR sensors, Jellen said. A self-driving car might use two to four of these sensors, he added.

Jellen noted that the entire industry will benefit from Baidu and Ford’s investment because cheaper LiDAR will drive down the cost of autonomous vehicles.

Velodyne’s LiDAR, which is used by many companies racing to develop autonomous vehicles, can produce between 300,000 t0 1.2 million data points per second. Once the data is collected, it’s interpreted by the system’s software and algorithms to create high-resolution 3D images that a computer can easily understand. Those images can be used for mapping, and to help a self-driving car identify objects, understand where it is in the world, and avoid collisions.

Velodyne works with about 10 major automakers, as well as a number of tech companies, but its work with Ford is perhaps the best known. The two companies have worked together for years. In January, Ford announced it was adding 20 Fusion Hybrid autonomous vehicles—all outfitted with the latest LiDAR from Velodyne—to its autonomous fleet this year.

Velodyne has developed four generations of its solid-state LiDAR systems. Its newest version is smaller—about hockey puck-sized—and has a longer range of 200 meters. The smaller design will allow Ford to reduce the number of LiDAR sensors from four to two on its new Fusion Hybrid autonomous vehicles.

Baidu, which is working on autonomous software and systems, is an ideal partner to help Velodyne access the Chinese market, as Baidu has the software strength and market access to really help automakers develop autonomous vehicle technology, Jellen said. That puts Velodyne right in the middle of the world’s biggest auto market.

Tesla is one automaker that does not use LiDAR for its semi-autonomous technology called Autopilot, which is in its Model S sedan and Model X SUV. Autopilot, which uses a combination of radar, ultrasonics, GPS navigation, and cameras, is one of the most advanced automated driving systems on the road today, taking over steering and braking in certain highway conditions.

Tesla CEO Elon Musk told Fortune in an interview last year that he wasn’t a “big fan” of LiDAR, and that a combination of radar and optical cameras was a better solution. But that position has shifted a bit in the wake of the first fatality of a driver using its autonomous features. In a round of tweets last month, Musk signaled that he wants to add more robust computer modeling to the radar system, although that doesn’t necessarily mean Tesla will adopt LiDAR.

Jellen wouldn’t comment on whether the company was working with Tesla, or any other customers or projects. He did say that companies are realizing that getting a car’s automated system to a point where it never fails is “a little bit of a different game” than developing something that just works.

“As companies have moved from functionality to a never failing mindset, they’ve embraced LiDAR as something that fills the gaps of camera and radar-based technology,” he said. “We’re expanding rapidly.”