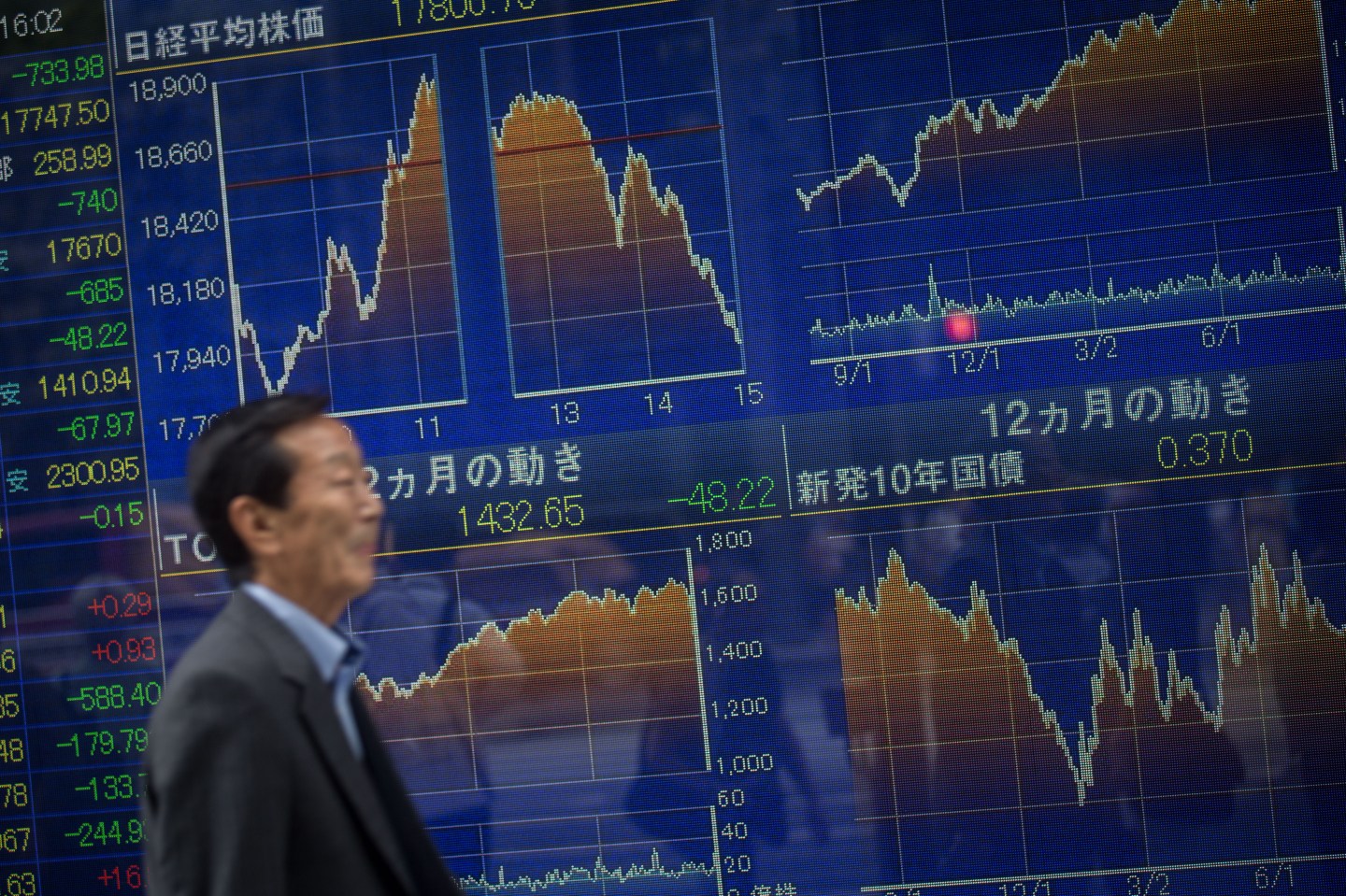 Japan’s economic growth ground to a halt in April-June after a stellar expansion in the previous quarter on weak exports and capital expenditure, putting even more pressure on premier Shinzo Abe to come up with policies that produce more sustainable growth.

The world’s third-largest economy expanded by an annualized 0.2% in the second quarter, less than a median market forecast for a 0.7% increase and a marked slowdown from a revised 2% increase in January-March, Cabinet Office data showed on Monday.

The weak reading underscores the challenges policymakers face in putting a sustained end to two decades of deflation with the initial boost from Abe’s stimulus programs, dubbed “Abenomics,” fading.

“Overall it looks like the economy is stagnating. Consumer spending is weak, and the reason is low wage gains. There is a lot of uncertainty about overseas economies, and this is holding back capital expenditure,” said Norio Miyagawa, senior economist at Mizuho Securities.

“The government has already announced a big stimulus package, so the next question is how the Bank of Japan will respond after its comprehensive policy review, which is sure to lead to a delay in its price target.”

On a quarter-on-quarter basis, gross domestic product marked flat growth in April-June, weaker than a median market forecast for a 0.2% rise.

Private consumption, which accounts for roughly 60% of GDP, rose 0.2% in April-June, matching a median market forecast but slowing from a 0.7% increase in the previous quarter.

Capital expenditure declined 0.4% in April-June after a 0.7% drop in the first quarter, the data showed, suggesting that uncertainty over the global economic outlook and weak domestic markets are keeping firms from boosting spending.

Overseas demand shaved 0.3 percentage point off GDP, subtracting from growth for the first time in four quarters, underscoring the pain sluggish global growth is inflicting on the export-reliant economy.

Housing investment jumped 5%, the fastest pace of increase since 2011, due in part to the BOJ’s ultra-loose monetary policy that has pushed down mortgage rates, a Cabinet Office official briefing reporters on the data said.

“Overall, only public spending and housing investment were driving the economy as other components remained weak. The economy appears to be stagnating,” said Mari Iwashita, chief market economist at SMBC Friend Securities.

Abe’s cabinet this month announced an economic package with 13.5 trillion yen ($133 billion) in fiscal measures, hoping it would help the economy deflect external headwinds and sustain a moderate recovery.

See also: Why Japan’s Economic Troubles Should Worry the U.S.

The Bank of Japan also expanded stimulus last month via a modest increase in purchases of risky assets. But it remains under pressure to do more next month, when it conducts a thorough assessment of the effects of its stimulus program.

But the central bank has already gobbled up a third of Japan’s government bond market, and some analysts doubt whether printing money more aggressively would spur growth or accelerate inflation – now sliding – to its 2% target.