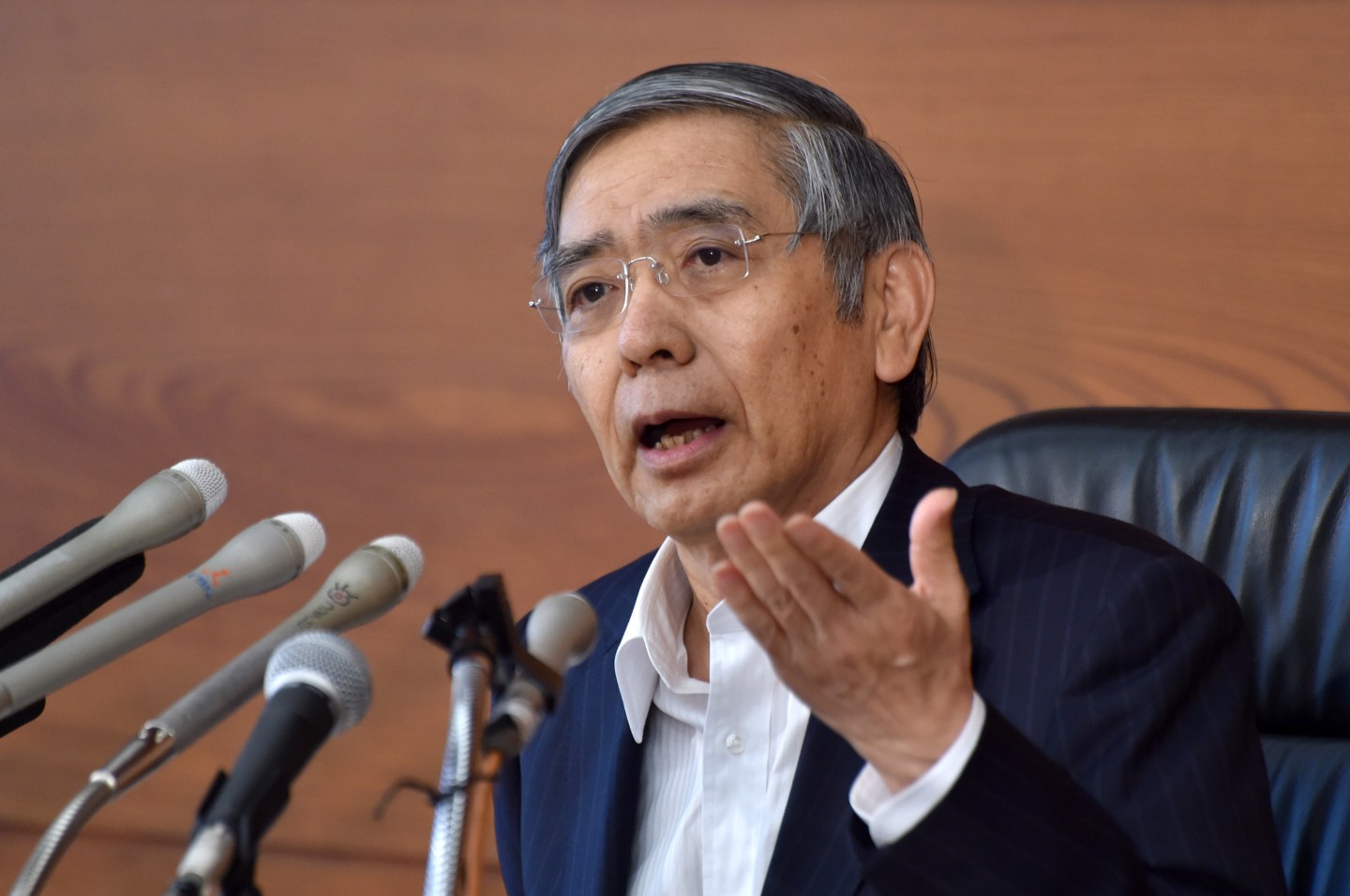 The Bank of Japan expanded stimulus on Friday by doubling purchases of exchange-traded funds (ETF), yielding to pressure from the government and financial markets for bolder action, but disappointing investors who had set their hearts on more audacious measures.

The central bank, however, said it will conduct a thorough assessment of the effects of negative interest rates and its massive asset-buying programme, suggesting that a major overhaul of its stimulus programme may be forthcoming.

At the two-day rate review that ended on Friday, the BOJ decided to increase ETF purchases so its total holdings increase at an annual pace of 6 trillion yen ($58 billion), up from the current 3.3 trillion yen. The decision was made by a 7-2 vote.

But it maintained its base money target at 80 trillion yen as well as the pace of purchases for other assets including Japanese government bonds.

It also left unchanged the 0.1% interest it charges to a portion of excess reserves financial institutions park with the central bank.

See also: Here’s the One Sentence From the July Fed Statement That Everyone Is Reading

The dollar fell more than a full yen on Friday at one point to as low as 102.825 and the Nikkei average tumbled nearly 2%, after the BOJ’s decision fell short of expectations.

“The BOJ did not live up to expectations,” said Norio Miyagawa, senior economist at Mizuho Securities.

“Increasing ETF purchases makes no contribution to achieving 2% inflation. The BOJ won’t admit it, but it has reached the limits of quantitative easing and negative rates.”

By coordinating its action with the government’s promised $272 billion economic stimulus spending package, the BOJ likely aimed to maximize the effect of its measures on the world’s third-biggest economy, which is struggling to escape decades of deflation.

“Japan is conducting a powerful mix of flexible fiscal policy and quantitative easing,” BOJ Governor Haruhiko Kuroda told a news conference after the decision. “The government’s stimulus package helps reinforce this drive and is timely in achieving sustainable growth with price stability.”

The BOJ maintained its rosy inflation forecasts for fiscal 2017 and 2018 in a quarterly review of its projections. It also left intact the timeframe for hitting its price growth target, but warned uncertainties could cause delays.

“Japan‘s economy may see the pace of recovery slow for a while due to some weakness in exports and output,” Kuroda said. “But it is then expected to continue expanding above its potential growth rate and expand moderately as a trend, with rising income driving spending among companies and households.”

The central bank justified Friday’s monetary easing as aimed at preventing external headwinds, such as weak emerging market demand and Britain’s vote to leave the European Union, from hurting business and household confidence.

But analysts say pressure from the government and markets was largely behind the move. Japan‘s economy minister lobbied for more BOJ action in the wake of Prime Minister Shinzo Abe’s announcement of a bigger-than-expected 28 trillion yen stimulus package on Wednesday.

“The BOJ seems to have had no choice but to ease policy this time as markets had factored in its fresh stimulus measures significantly. In addition to that, there seems to have been political pressure,” said Tsuyoshi Ueno, senior economist at NLI Research Institute.

Worried about their dwindling policy options, some BOJ policymakers have expressed doubts over the feasibility of expanding an already massive stimulus program that has failed to boost inflation.

Such concerns may be addressed when the BOJ conducts an assessment of the effect of its current policies at its next rate review on Sept. 20-21. Some analysts say the review may lead to more radical steps being proposed.

“What’s noteworthy is that the BOJ has promised to review the effects of its policy at its next meeting, keeping alive expectations of further easing,” said Shunsuke Yamada, chief Japan currency strategist at Bank of America Merrill Lynch.

“This makes the next meeting very important. The yen is likely to be volatile until then.”