Why Japan’s Economic Troubles Should Worry the U.S. 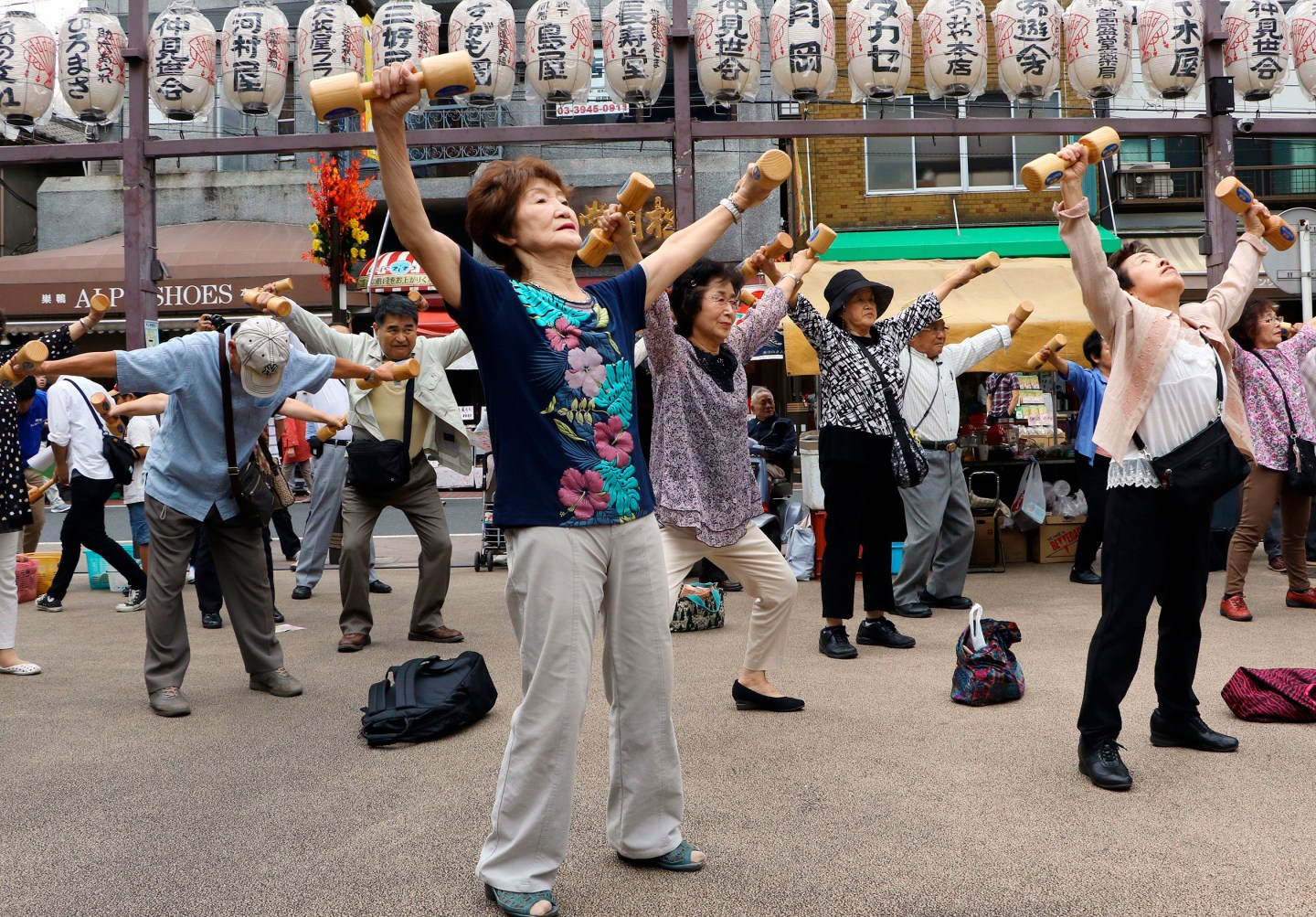 Elderly people work out with wooden dumb-bells in the grounds of a temple in Tokyo on September 21, 2015, to celebrate Japan's Respect for the Aged Day. The estimated number of people aged 80 or older in Japan topped 10 million for the first time, the government announced. AFP PHOTO / Yoshikazu TSUNO (Photo credit should read YOSHIKAZU TSUNO/AFP/Getty Images)
Yoshikazu Tsuno—Afp/Getty Images

In a year with no shortage of scary economic stories, Japan’s recent woes may be the globe’s most chilling cautionary tale. The world’s third-largest economy shrank by 0.8% in the third quarter of 2015, sending the country into its fifth recession in seven years in November.

That’s despite the herculean efforts of Prime Minister Shinzo Abe to rescue the country from the grip of disinflation and negative growth. His plan to jump-start the economy—a multibillion-dollar combination of massive stimulus, structural labor reforms, and monetary easing—has fallen flat, partly because of escalating political pressure. But the real reason goes deeper: Japan’s population, the world’s oldest, is shrinking.

The archipelago’s population has fallen 0.6% in the past decade, while the share of the population older than 65 has risen from 20.4% to more than a quarter. The result is that Japanese companies, facing the prospect of a smaller market for goods, see little reason to invest in new capital spending. And although government intervention has kept unemployment low, real wage growth has been stagnant, giving Japanese consumers little reason to increase their spending either.

Compared with the rest of the world, though, Japan may not be worse so much as early. Large economies, such as those in the U.S., China, and Germany, are all projected to have 22% of their population over age 65 by 2050, which has vast implications for economic growth and publicly funded social safety nets. Japan’s debt-to-GDP ratio is the highest in the world, but looming obligations could cause others to balloon as well.

“This is a new experience for us,” says Carl Weinberg, chief economist with High Frequency Economics. The rich world has historically taken its collective steady economic growth for granted. Japan, he says, “is a reality check.”

There’s a limit to how much the government can do to alleviate the problem. Japan’s quantitative-easing program (far larger in scale than equivalent efforts in the U.S.) has the Bank of Japan buying 80 trillion yen’s worth of government debt each month. At that rate of purchase, the central bank would own every last dollar of Japanese government debt by the year 2027, though the currency would collapse before that happened.

How can the world avoid a fiscal storm similar to the one now brewing in Japan? It can start by thinking differently from the Japanese on immigration. Despite the panic they increasingly evoke in political circles, younger immigrants can help offset declining birthrates and an aging population. All the stimulus in the world can’t make Japan’s population grow. “Japan doesn’t need liquidity,” Weinberg says. “It needs people.”

A version of this article appears in the December 15, 2015 issue of Fortune with the headline “Japan Is Aging. It’s not alone.”

For more on the global economy, watch this Fortune video: