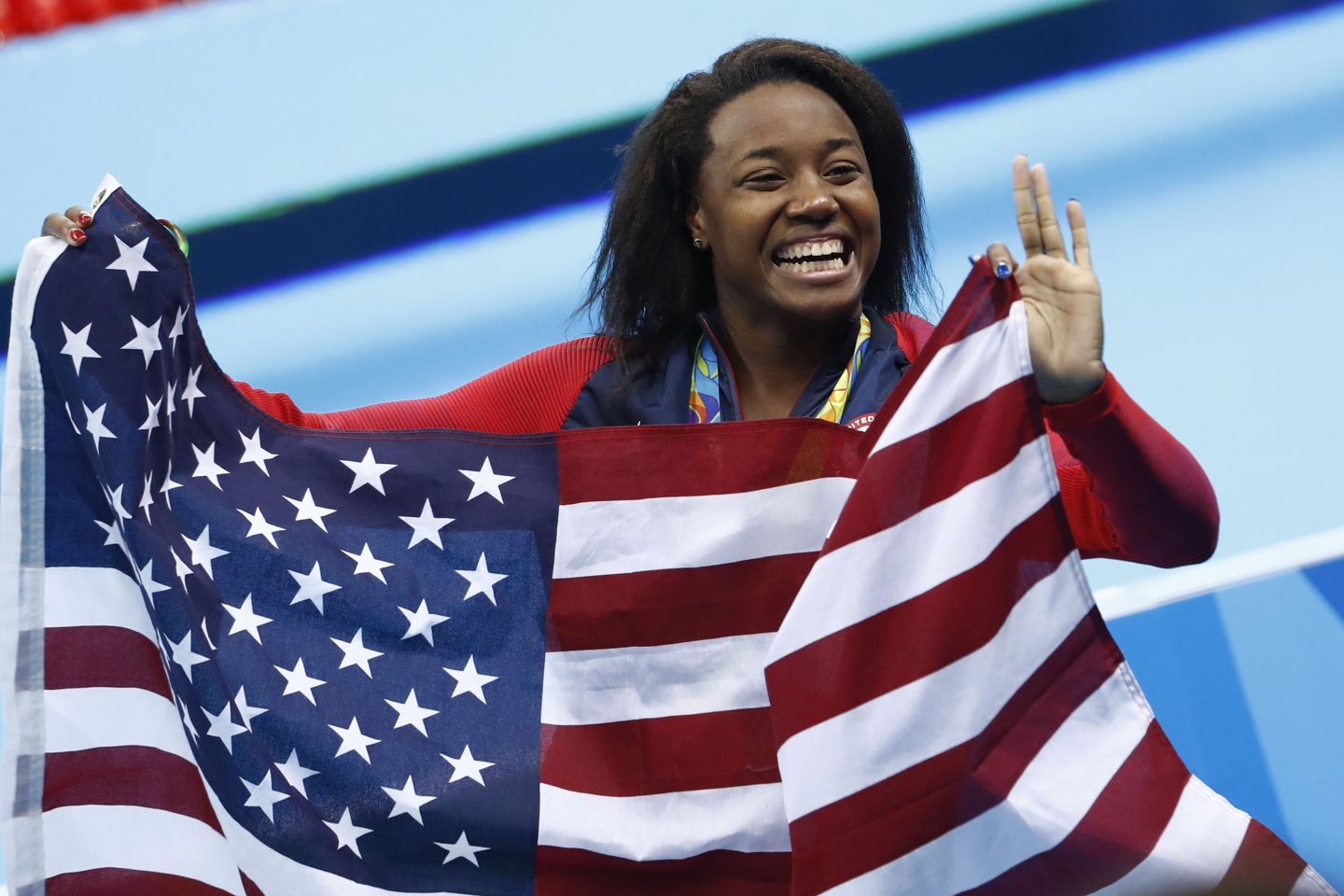 Two black women named Simone have captured our hearts during the Summer Olympics in Rio.

It’s been thrilling to watch gold medalist Simone Biles emerge as the most talented gymnast in the history of the sport.

But yesterday belonged to another Simone. Twenty-year old swimmer Simone Manuel tied for the gold medal in the 100-meter freestyle, sharing a new world record with Canada’s Penny Oleksiak. But she broke another record all on her own – Manuel is the first African American woman to win an individual gold medal at the Olympics.

“It means a lot [to be the first black woman to earn gold in the pool],” she said. “I mean, this medal is not just for me. It’s for a whole bunch of people that came before me and have been an inspiration to me.”

But there’s another reason why her record really matters: She’s a serious outlier. Research conducted by Swimming USA, along with the University of Memphis, show that 70% of African Americans cannot swim. (The same study found that 58% of Hispanic children have low or no swimming ability.)

The issue is more deadly than disappointing. Up to 4,000 kids die by drowning every year. But according to the Centers for Disease Control and Prevention, at every age, black kids are drowning more than white kids, and most often in swimming pools. For kids ages 5-19, black kids drown at rate 5.5 times that of white kids. If you’re 11 or 12, the rate jumps to ten times. Native Americans/Alaska Natives drown at twice the rate of whites.

When this issue is discussed, some bizarrely racist theories tend to emerge, usually some blah blah blah about bone density or the lack of buoyancy of black people. (Commence shaking your head.) But the truth is simpler and also completely racist: Public pools in America were initially segregated, usually barring swimmers of color outright. And once segregation was banned, white people fled to private pools, leaving municipal facilities to languish.

There were two key moments in history when swimming became popular: The 1920s and ’30s, when swimming took off as a recreational activity, and the 1950s and ’60s, when the idea of swimming as a sport became popular. Professor Jeff Wiltse’s book Contested Waters: A Social History of Swimming Pools in America is the definitive beach read on the subject, but the bottom line is that because of segregation and white flight, recreational swimming never became part of the black experience in America. Generations of black folks never learned to swim.

In 2010, six black teenagers drowned in a single horrifying incident in Louisiana, calling attention to the issue, and sparking a campaign to bridge the gap.

Let’s hope this wonderful news does the same thing.