Why Hillary Clinton Called Out the ‘Trump Loophole’ 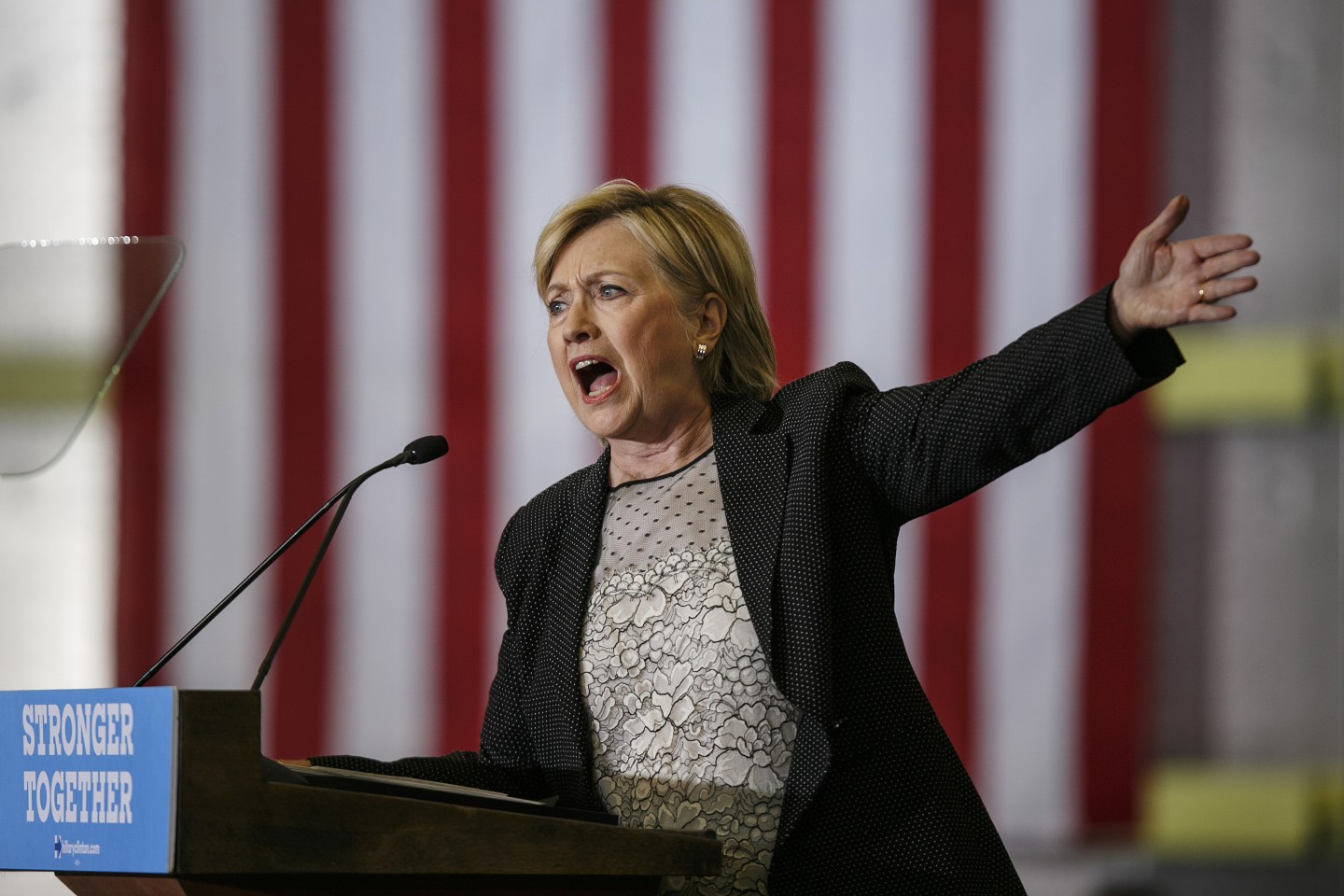 When Hillary Clinton attacked Donald Trump’s tax plan on Thursday, she painted it as unfair and tilted toward the rich.

But the Democratic nominee, speaking at a Michigan manufacturing company, didn’t focus on top marginal income tax rates, or corporate tax rates, or even crowd-pleasers like the estate tax, which she mentioned only in passing.

Instead, she directed her fire at what might seem like a pretty obscure part of Trump’s plan: a proposed tax cut on business income that is reported on personal income tax returns.

Were that proposal to became law, Clinton argued, income that Trump derives from his own businesses would be taxed at a lower rate than the incomes of millions of middle-class families, likely cutting his tax bill in half. “In his speech Monday, he calls for a new tax loophole,” she said. “Let’s call it the Trump loophole.”

At issue is the way many businesses pay their taxes.

The biggest corporations like the ones in the Fortune 500 are typically taxed separately from the people that own them, as what are called “C-corporations.” If you own dividend-paying stocks, you might be familiar with this practice. Such companies pay corporate income tax rates of up to 35% (though often much less) on their profits. Then when they pay out those profits as dividends, the shareholders pay again, at rates that typically top out at 23.8%. At the same time, these companies employ workers who earn wages and pay tax on those wages at regular marginal income tax rates of up to 39.6%.

But most small businesses—and many large ones that are privately held—get a different treatment. The owners of these so-called “pass-through” corporations report profits of their businesses directly on their personal income-tax returns, much like the rest of us report our wages.

This provision, which applies to millions of Americans, from law partners to restaurateurs to freelancers to owners of private companies like Donald Trump himself, is a mixed blessing. Instead of paying taxes on business profits twice like stock-market investors, these business owners pay just once. But like their employees and other wage earners, they pay at what is often a higher income-tax rate.

It’s well known that Trump wants to cut the top corporate tax rate from 35% to 15%. That’s a steep reduction, but the current nominal rate is among the highest in the world, and the idea of lowering the corporate tax rate has a degree of bi-partisan support.

The more novel—and controversial—aspect of Trump’s proposal would be to apply that lower 15% rate not just to C-corporations, but to all business income. In other words, many business owners and other self-employed workers like freelancers would no longer pay tax at the same rates as their wage-earning employees. They would pay a top rate of 15%, the same as other businesses.

Trump argues the change would encourage small employers to add jobs. “All of our policies should be geared towards keeping jobs and wealth inside the United States,” Trump said Monday. “Under my plan, no American company will pay more than 15% of their business income in taxes. Small businesses will benefit the most from this plan. Hillary Clinton’s plan will require small business to pay as much as three times more in taxes than what I am proposing.”

While Trump’s proposal didn’t initially draw much attention, that’s changed in the days since his speech in Detroit. The Center on Budget and Policy Priorities sharply criticized it. And others have also weighed in, with Clinton herself citing another Washington think tank Thursday.

While some small business groups heartily approved of Trump’s proposal, it’s not hard to see why it might have political shortcomings. For one thing, it could dramatically grow the federal deficit. When the Tax Policy Center ran the numbers last year, they estimated it would cost the Treasury nearly $1 trillion over the next decade.

And, as you might have guessed, the bulk of the new tax break would go to the wealthy. Under the current system, roughly 70% of pass-through income goes to the top 1% of earners.

Another potential problem is the unintended consequence that emerged when the state of Kansas adopted a similar policy. In 2012, Kansas changed its tax code to eliminate taxes on certain kinds of business income in 2012. The results included widespread tax dodging, as Kansans scrambled to classify themselves as businesses—not to create jobs, but simply to lower their tax bills.