How Everyday Runners Are Helping the Women of U.S. Track and Field 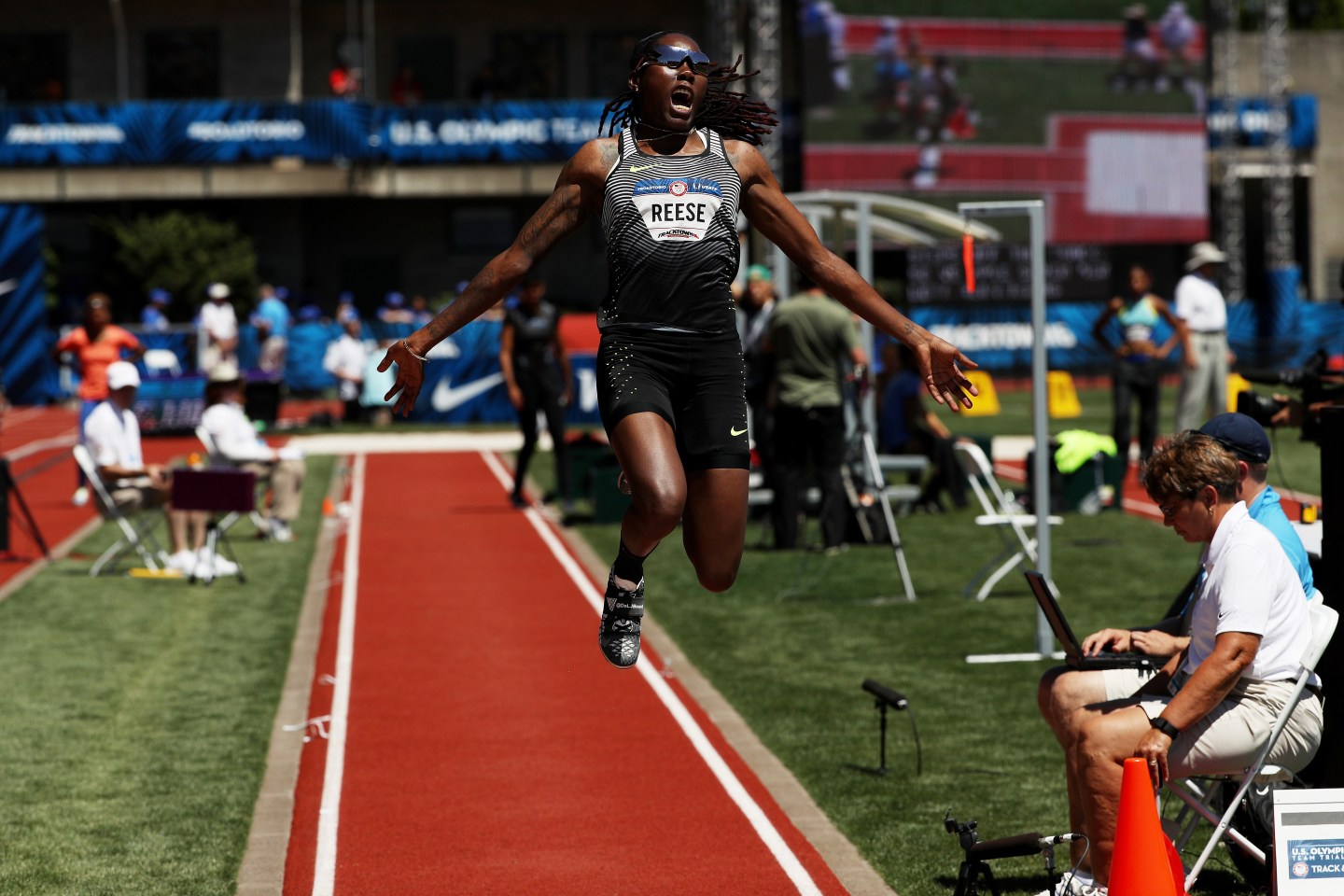 By any metric, long jumper Brittney Reese is one of the best athletes in the world.

The defending Olympic gold medalist in the event and a six-time world champion, Reese, 29, earned her berth at the Rio Games in July at the track trials in Eugene, Ore. In one of her best performances yet, she wowed the record 21,866 fans at Hayward Field with a leap that measured 23 meters, 11 ¾ inches, shattering the Olympic Trials meet record and achieving the longest women’s jump in the world since 2004 (and longest from an American since 1998).

But behind that tremendous performance, a question looms: Are female track and field athletes like Reese being paid what they deserve?

More than 40 years after Title IX greatly expanded the opportunities for female athletes, the gender pay gap in sports is in the public consciousness like never before. While Ronda Rousey has become one of the highest-paid fighters in the UFC and Serena Williams has been known to sell out the women’s final before the men’s, it hasn’t all been good news for female athletes. A yawning pay gap led the massively popular U.S. Women’s soccer team to file a gender discrimination lawsuit, the pay differential between the WNBA and NBA remains stark, and women lag behind in both collegiate coaching and officiating.

When it comes to prize money, female track and field athletes are in good shape—at least as far as the gender pay gap goes. Like tennis, the sport offers equal payments to men and women for winning world championships and Olympic medals. Last year, female runners received almost as much prize money as their male counterparts: $11.5 million to men’s $12.5 million, according to the Association of Road Running Staticians.

Because track and field athletes aren’t paid by a team or part of a draft, they rely heavily on shoe and apparel sponsorships to make a living. That’s actually been a boon to female runners, as the women’s side of that sport has long proven to have a strong customer base. And the market for women’s running gear has exploded in recent years, thanks in part to a boom in grassroots entrance in endurance events, including women-only races. More than half of the 17 million American race finishers in 2015 were women, and Nike has projected that sales of its women’s products will double by 2020, according to the Wall Street Journal.

“Running is huge now,” says Laura Thweatt, who competed at the trials in the women’s 10,000-meters. Thweatt, who is sponsored by Saucony, is optimistic that the growing base of the sport can help fuel more sponsorships for elite women in the future. “I think you look at companies like Oiselle [a company that makes running gear for women] and see that people are jumping on the market and doing great things.”

For Reese, the long jumper, the pay gap is more about an athlete’s event than his or her gender. “The thing about it is the track part is getting the exposure and the field part is being left out,” she says. Reese, who now counts Nike as her title sponsor, notes that she remained unsponsored for much of her career.

It’s also worth noting that most track and field sponsorships pay relatively little compared to other, higher-profile sports. Many of the athletes at last month’s track trials—men and women—have second or even third jobs to make ends meet.

“It’s such a low key sport, the finances are so different,” says Kellyn Taylor, a 10,000 meters runner who is sponsored by Hoka One One. “Some of the best runners in the world make way less than a million dollars and you have a third-string football player that makes a few million. It’s just completely different.”

Whitney Ashley, who qualified to compete in the discus at Rio, pointed to a chicken-egg problem faced by both men and women. “The better you do, the more successful you are and the more sponsorships you’re afforded,” she said. Yet those dollars help pay for better coaching, nutrition and equipment—the very things that set an athlete up to win. Her first year as a professional, she said she was unsponsored and relied on a USATF grant and her parents for financial support.

Alexis Love competed without a sponsor at the trials in the 100-meter and 200-meter sprints. Back home in Florida, Love worked full-time doing customer service and collected donations from friends and family to afford her plane ticket and hotel room in Eugene. “It’s really hard because I get home [from work] at 10 pm and I’m usually up at 5 am for training every day.”

She added, “It’s definitely a humbling experience to be here, then to go back to normal life. I don’t really pay attention to a lot of it to be honest. You give me a pair of running shoes and a uniform and a track and I’ll be there.”