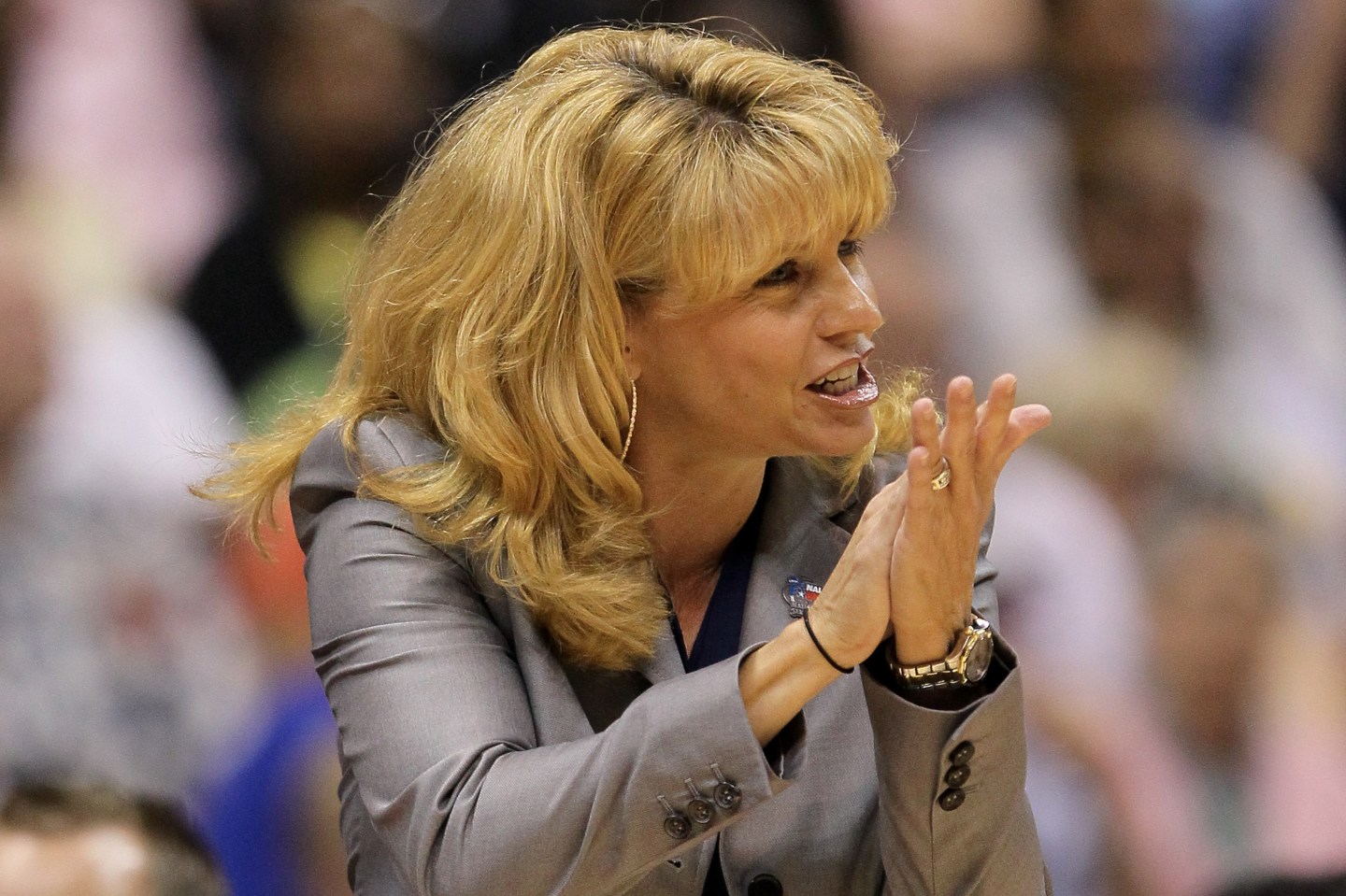 Female coaches were all over the headlines this summer. First was Becky Hammon of the San Antonio Spurs, who became the NBA’s first female head coach at Summer League—and brought home the League trophy. Then came the news that Nancy Lieberman will join Hammon in the NBA as assistant coach of the Sacramento Kings. And in football, Jen Welter was the first-ever woman to land a coaching internship in the NFL, though her gig has since ended.

But with school starting back up, some sports fans are now turning their attention back to college athletics. And on campus, the picture for female coaches is decidedly less rosy.

The percentage of women coached by women has declined to an all-time low, even while Title IX, which prohibits sex-based discrimination in any education program or activity that receives federal dollars, has dramatically increased participation numbers for female athletes.

In 1972, when Title IX was signed into law, 90% of women’s college teams were coached by women, according to research from the Tucker Center for Research on Girls & Women in Sport. By 2012, that number had fallen to 42.9%. Meanwhile, the percentage of women coaching men’s teams at the collegiate level has remained almost exactly the same—around 2%—for the last 40 years, according to Tucker.

The shift is one of the unintended consequences of Title IX, according to researchers. With more money flowing into women’s sports, some coaching positions at women’s teams have become more lucrative, and so drawn more interest from male coaches. These jobs are also seen as valuable “layovers” for male collegiate coaches who are waiting for chance to “move up” into the men’s leagues.

“It’s pretty dire,” says Nicole M. LaVoi, Tucker’s associate director. “It’s a complex answer to why that is, but I think at the heart of it is power.”

In recent years, billions of dollars have funneled into college athletics coffers, either through lucrative television contracts, taxpayer dollars, booster support or ticket sales. Some of that money has gone into coaching salaries—indeed, a few college football coaches are now the highest-paid public employees in their respective states.Yet none of those top earners are women.

And, while the salaries for women’s coaches have improved, they continue to lag those of men’s coaches. In 2011, head coaches for all women’s teams in the BIG 10 conference made less than a third of what the men’s coaches pulled in, $149,000 compared with $490,000, according to research from Tucker. The average salary for a college football head coach in the conference was $2.27 million and men’s basketball coaches made $1.9 million on average, compared with $365,000 for the head coaches of BIG 10 women’s basketball teams.

“Post Title IX, men have enjoyed the opportunity to coach women,” LaVoi said, noting that Title IX opened up a plethora of jobs coaching women. “But the women’s coaching opportunities have not opened up the same way. You could argue that Title IX has benefitted male coaches more than women coaches.”

The case for high coaching salaries, particularly in men’s football and basketball, is often that a star leader brings in more enthusiasm—and revenue. However, in 1997, the U.S. Equal Employment Opportunity Commission published guidance that said that schools must look beyond that, the thinking being that if women’s coaches are not being supported equally, it becomes difficult for them to generate the same amount of money as their male counterparts. (Individual schools are required by the Department of Education to publicly disclose data related to the equity in athletics.)

Tucker analyzed 76 schools, assigning letter grades based on the percentage of women serving as the head coaches of women’s teams. An underwhelming nine schools (11.8%) received an A or B grade—while half received Ds or Fs. Only three institutions (Cincinnati, Texas and the University of Miami) received As for being above average when compared to peer institutions and at least one school, Oklahoma State, didn’t have any women head coaches for women’s teams.

The lack of women in coaching and leadership roles in collegiate sports is “devastating,”says Deborah Slaner Larkin, chief executive of the Women’s Sports Foundation. Not only does it lower the potential career ceiling for women in athletics, but it also means fewer female role models.

Neena Chaudhry, senior counsel and director of equal opportunities in athletics for the National Women’s Law Center, says she regularly hears from female collegiate coaches concerned about retaliation when discussing pay or promotion, although many may not pursue legal claims. Much of what constitutes a gender-based disparity depends on a particular case, she said.

Ironically, female coaches who push hard for what they deserve are sometimes punished for being too aggressive, says Chaudhry: “If they’re really tough, they’re fired.” On the other hand, those qualities are often seen as assets for male coaches, she says.

“If you look at the numbers and see big disparities, that’s a red flag,” Chaudhry said of the salary gaps between male and female coaches. “Clearly coaching makes all the difference.”