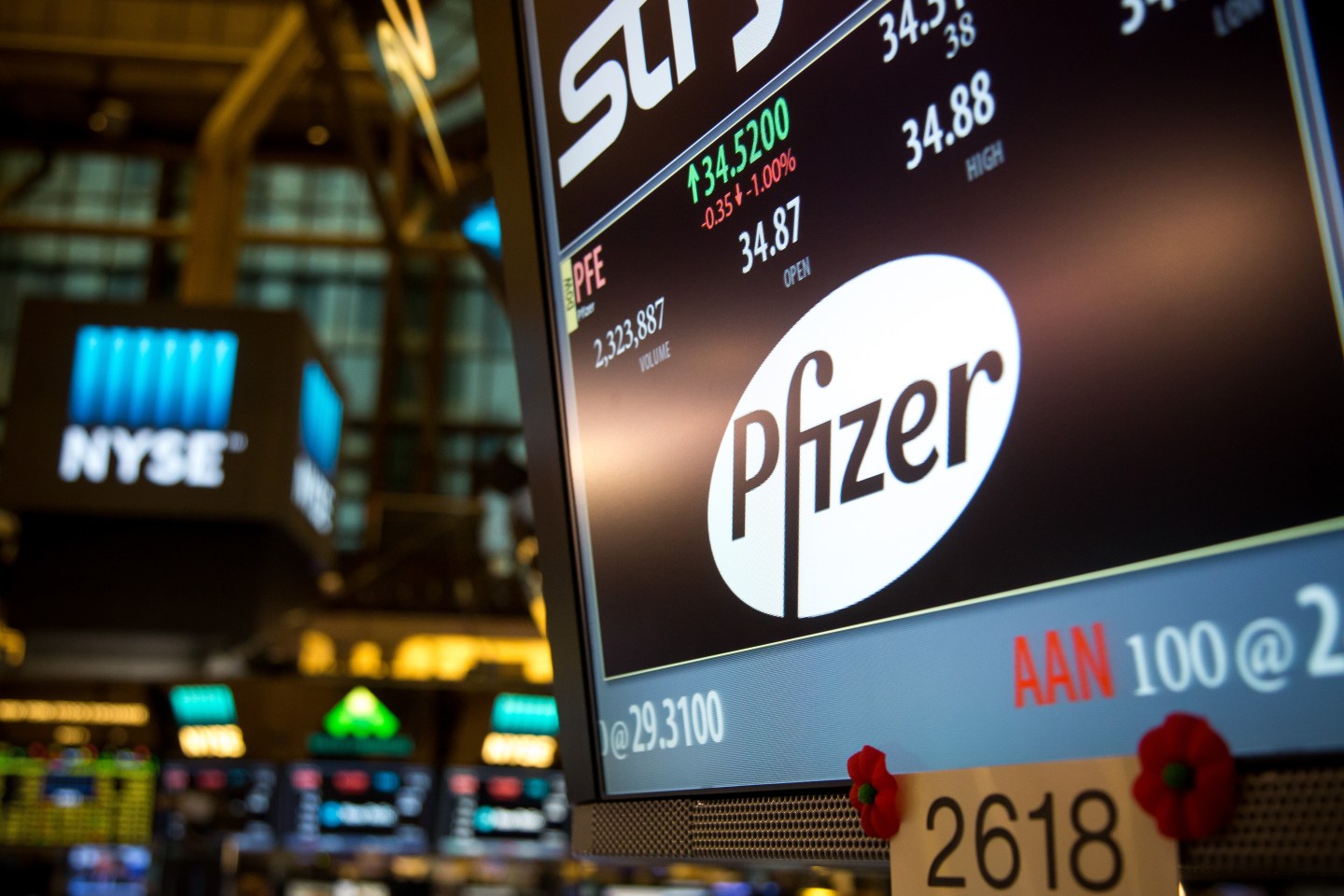 Pfizer Inc. signage is displayed on a monitor on the floor of the New York Stock Exchange (NYSE) in New York, U.S., on Friday, June 3, 2016. U.S. stocks fell with the dollar, while Treasuries and gold rallied after American employers added the fewest jobs in almost six years in May, bolstering the case for the Federal Reserve to leave interests rates lower for longer.
Photograph by Michael Nagle — Bloomberg via Getty Images

Pfizer (PFE) said it had acquired privately-held gene therapy developer Bamboo Therapeutics in a deal worth up to $645 million to boost its presence in the treatment of rare diseases.

Research into gene therapy, which aims to insert corrective genes into malfunctioning cells, goes back a quarter of a century, but the field has experienced multiple setbacks and been plagued by safety concerns.

However, the discovery of better ways to carry replacement genes into cells is building optimism.

The U.S. Food and Drug Administration has yet to approve any gene therapies, but Europe has approved two – a treatment from GlaxoSmithKline for a rare immune disorder in babies and one from uniQure (QURE) NV for a serious blood condition.

Genetic material can be delivered to the cells by a variety of means, most frequently using a viral vector.

Bamboo was formed in 2014 to advance the work of Dr. Richard Jude Samulski, who is considered a pioneer in the field after he became the first to realize the potential of using adeno-associated virus’s (AAV) as a vehicle to replace a defective gene with a healthy gene.

Focused on neurological and neuromuscular diseases, Bamboo’s drugs are still in the preclinical or early stages of development. Pfizer is paying the Chapel Hill, North Carolina-based company $150 million upfront, and Bamboo stands to make $495 million in milestone payments.

Pfizer has been investing in gene therapies – touted as a one-time cure for intractable and expensive-to-treat diseases – in recent years.

In 2014, the drugmaker entered into a collaboration with Philadelphia-based Spark Therapeutics to develop SPK-9001, a gene therapy for hemophilia B.

Other big drugmakers have made similar investments. Bristol-Myers Squibb (BMY) has a tie-up with uniQure to develop gene therapies for heart diseases, while Celgene (CELGZ) has teamed up with bluebird bio (BLUE) for cancer.