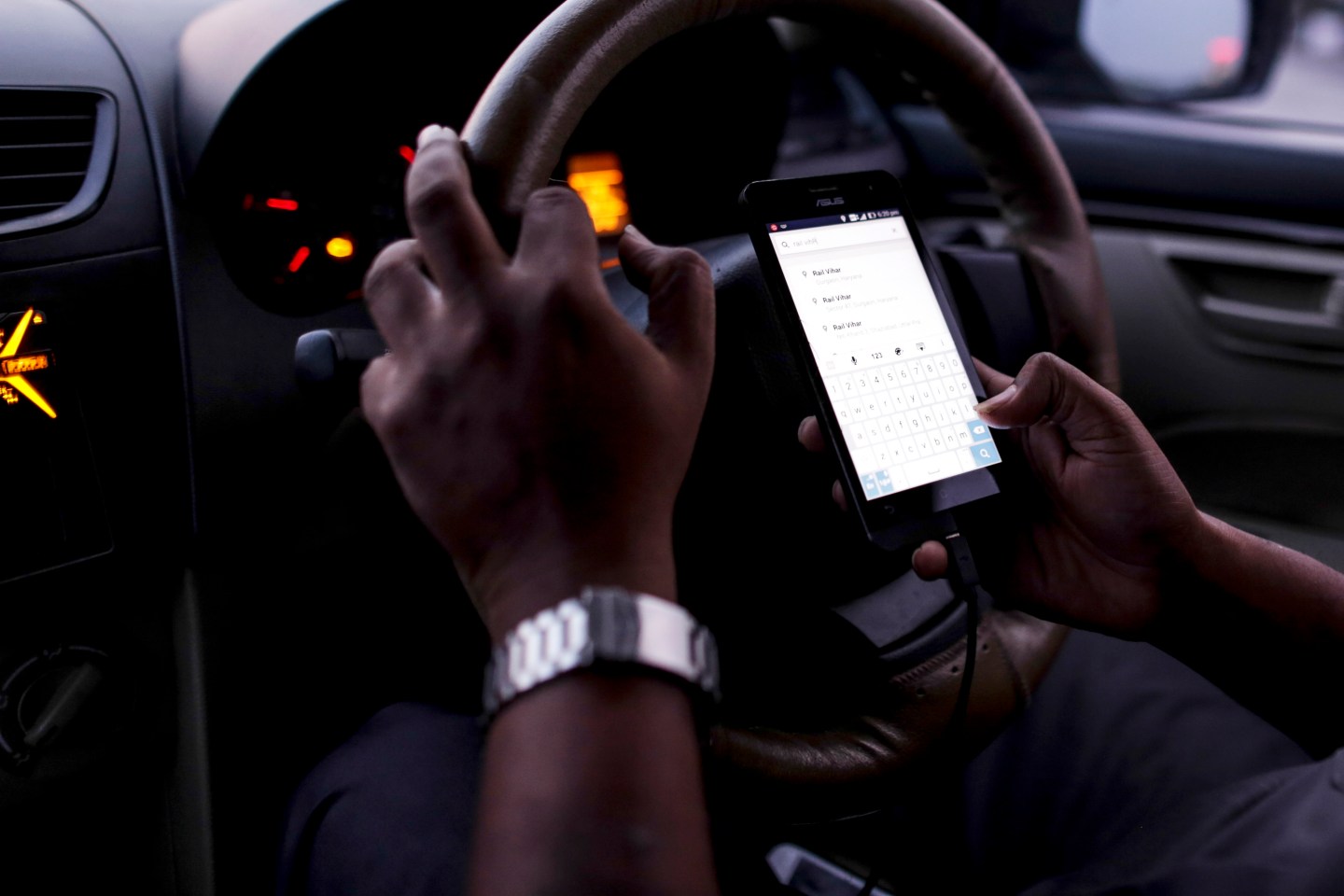 Kokil Agrawal, a driver for the Uber Technologies Inc. ride-hailing service, uses the Google Inc. Maps application on an ASUS Technology Pte. smartphone in a taxi in New Delhi, India, on Saturday, Sept. 19, 2015. Uber Technologies Inc. expects to have more than 200,000 drivers in India by 2016, puts its market share at over 40 percent and in July said it plans $1 billion of investment in the country to achieve over 1 million trips per day by next year. Photographer: Dhiraj Singh/Bloomberg via Getty Images
Dhiraj Singh — Bloomberg via Getty Images

Uber has announced a major expansion of its internal mapping program. Uber’s head of mapping, former Google Maps exec Brian McClendon, described the initiative as a “doubling down on our investment in mapping.” The Financial Times reports that the amount of the investment will be $500 million.

McClendon announced that Uber’s own mapping cars—similar to those used by Google—will expand this summer from the U.S. to Mexico, and after that to other countries.

Uber currently relies on a mix of mapping technology and data, including Google’s and its own, to direct its drivers. But as McLendon points out, the generic data gathered by the likes of Google is in some cases superfluous (ocean topography), and in other cases inadequate for Uber’s particular needs—such as data on specific pickup and dropoff locations.

Perhaps just as important, the relationship between Uber and Google remains complicated, at best. Google’s Ventures arm was an early investor in Uber, with a stake that has been speculated to be about 7%.

But the two companies have some competing priorities, and keep each other decidedly at arms length. Google’s Waze unit actually partnered with Uber competitor Lyft earlier this year. For good measure, Waze rolled out its own pilot ride-sharing service (though it’s focused on carpooling, not taxi hailing).

For more on Uber, watch our video:

But all of that pales in comparison to the fact that both Google and Uber are working on self-driving cars, which rely heavily on extremely accurate maps. Should the two end up direct competitors in that space—say, if both of them were to launch networks of autonomous taxis—dependency on Google’s maps would amount to a significant vulnerability for Uber.

This new mapping push may indeed be a move to guarantee that Uber’s future robot cars have exactly the data they need. But more than that, it’s to ensure that Uber owns it all.