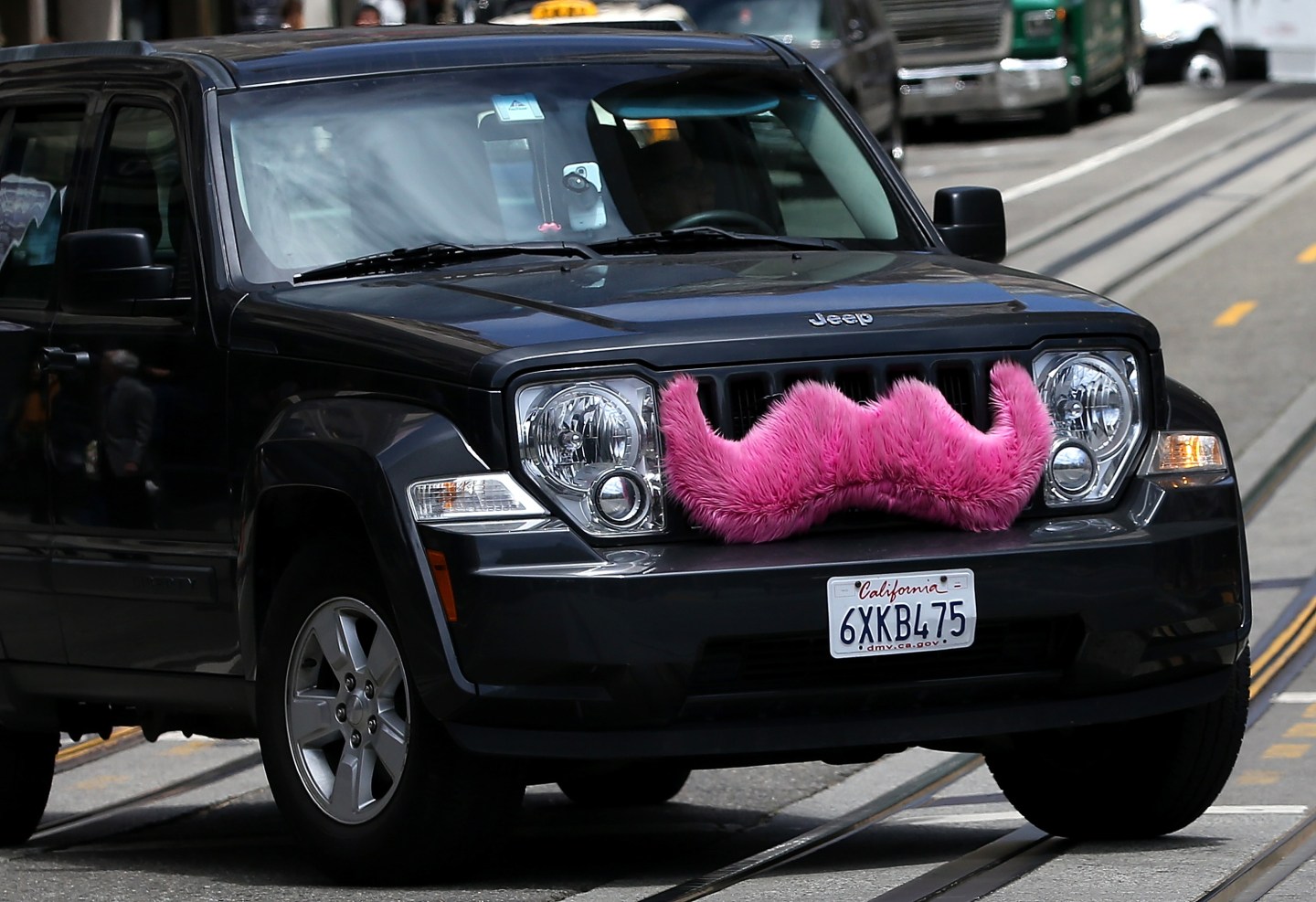 SAN FRANCISCO, CA - JUNE 12: A Lyft car drives along Powell Street on June 12, 2014 in San Francisco, California. The California Public Utilities Commission is cracking down on ride sharing companies like Lyft, Uber and Sidecar by issuing a warning that they could lose their ability to operate within the state if they are caught dropping off or picking up passengers at airports in California. (Photo by Justin Sullivan/Getty Images)
Photograph by Justin Sullivan — Getty Images

The battle of the ride-hailing apps can seem like a lopsided David-and-Goliath story, with Uber doing around 15 times as many rides per month as its closest competitor, Lyft. But those numbers might be concealing some of Lyft’s (LYFT) longer-term advantages in tactics, positioning, and even culture.

Waze—now owned by Alphabet Inc.’s Google unit (boy, that still sounds weird)—aggregates road and traffic data from users and provides driving directions and congestion information. Its data quality already makes it second only to Google Maps itself by some evaluations, and commercial partners using the SDK will contribute their own data, improving it even further. Waze will now be the default navigation tool for Lyft drivers, and integration will enable new features, like seamless switching between Lyft and Waze apps.

The announcement presents a stark contrast to Uber’s (UBER) own efforts to improve its maps. Last year, Uber reportedly explored an acquisition of HERE, a Google Maps competitor then owned by Nokia (NOK)—but that deal fizzled.

Instead, it ended up acquiring an image-gathering slice of Bing’s (MSFT) mapping operations, and hiring a former Google Maps exec. Uber has since started sending out its own mapping cars, evidence that it’s committing to doing the work of improving mapping data itself.

The decision is emblematic of Uber’s go-it-alone ethos—and the drawbacks thereof. From a purely technical perspective, it’s unlikely that Uber’s in-house mapping efforts will be able to compete with the massive scale of Waze’s crowdsourced information. Waze is something like the Wikipedia of mapping with, as of last year, almost 300,000 editors worldwide contributing regular updates—all for free.

Mapping accuracy is crucial for both the present and future of ride-hailing operations. In the here and now, for example, Uber’s multi-passenger UberPool service has reportedly struggled to put together sensible routes. In the longer run, the melding of ride-hailing chocolate with driverless-car peanut butter will only be held together by meticulous and constantly updated maps.

But Lyft’s new relationship with Waze is about more than better data. Waze’s top-notch community engagement jibes perfectly with Lyft’s efforts to be a friendlier alternative to Uber’s enduringly ugly public image, eroded in various quarters by moves like its confrontational defiance of city regulations and executive threats to dig up dirt on critical journalists.

As NPR recently reported, Uber’s rugged reputation has made recruiting and retaining drivers an uphill battle—even when Uber doubled down on gamesmanship by offering Lyft drivers bonuses to switch. The company’s combative stances might even be helping it attract exactly the wrong kind of workers—in 2014 there were several allegations of Uber drivers assaulting passengers.

Though it hasn’t thrown as many verbal elbows on the topic, Uber is also headed towards a showdown with Google (GOOGL) over ride-hailing and, especially, driverless cars. The Waze deal, though it doesn’t seem to go very deep, does raise the stakes in that showdown by indirectly aligning Google and Lyft. (Alphabet actually owns a chunk of Uber through Google Ventures, but Ventures head Bill Maris has emphasized the firewall between Google/Alphabet and Ventures).

Lyft will also benefit from Waze’s cozy relationships with some of the same cities Uber has poked in the eye. Through a program called Connected Citizens, Waze gets information including road construction plans in return for letting transport authorities use its data for planning. Lyft has also partnered with other ride sharing services, notably China’s Didi—while Uber burned money trying to compete there on its own.

Uber’s competitive advantage in the ride-hailing business has so far derived mainly from arriving first and scaling up fast. But with success dependent on a complex web of connections between drivers, passengers, data, and cities, Lyft’s friendlier strategy is starting to show staying power.