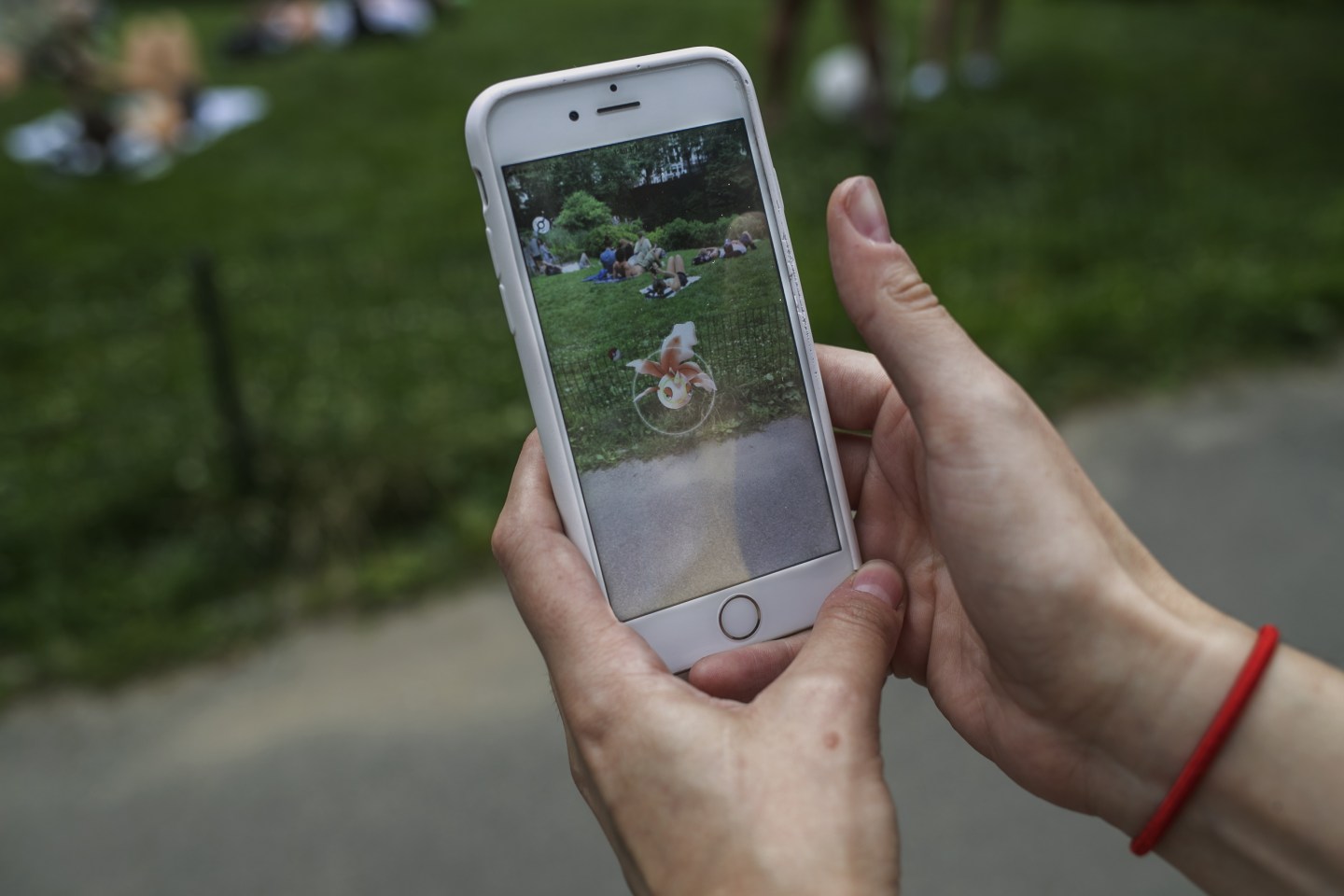 In just over two weeks, Pokémon Go has gone viral, capturing more than 20 million active users. It is now the biggest game in the United States, surpassing Twitter (TWTR) in its number of daily users, with more time spent on it than Facebook (FB). Children and young adults alike, who would otherwise stay indoors, now go outside and socialize. Players stormed to New York’s Central Park to catch Pokémon. Cafés, bars, and pizza restaurants are busy setting up “lure modules”—a purchasable in-game item that attracts the virtual monsters, which in turn drives real customer traffic. All of a sudden, companies saw new possibilities in a Pokéconomy.

Augmented reality (AR) is far from new, though. The idea of creating a view of the real-world environment whose elements are overlaid (or augmented) with computer-generated images had been articulated by Tom Caudell, a Boeing (BA) researcher, back in 1990. He coined the term “AR” to describe an electronic system that guides workers to install electrical cables and fuselage in aircrafts. On an immersive digital display, virtual graphics are blended with physical images. Many find the concept intriguing, but AR remained no more than a technology curiosity with few tangible benefits. Most research was conducted by independent hobbyists at universities.

After more than two decades, the closest application that amounted to a useful tool was Volkswagen’s iPad app, which projects visual labels and instructions in real time to guide mechanic operators to fix car parts. Almost all early AR innovators, they turned out, focused entirely on industrial applications where usage requirements were exceedingly high. The bulky, expensive, head-mounted display devices didn’t help either.

In 2013, Google (GOOG) touted to bring AR to the masses by launching Google Glass. Priced at a premium of $1,500, however, it was quickly pitted by consumers against other top-end smartphones. Consumers naturally thought they would see information of all kinds with their gaze fixed upon anything, pulling sources from Twitter to Facebook to Wikipedia. When futurist Robert Scoble first brought home the prized item, his wife asked eagerly, “Can I look at someone and see something about them?”

Predictably, Google Glass fell short of all expectations. The prospect of an overreaching device that so invaded privacy also led restaurants, bars, gyms, and hospitals to forbid its usage. The public wasn’t ready yet. No wonder the Glass flopped.

When Pokémon Go made debut, critics sneered at its user interface, saying that the game should not even be qualified as AR. Immersive visuals are nonexistent. The graphics look rudimentary. But it promises nothing more than a game, using your phone’s GPS to detect where you are and make digital monsters “appear” around you. And it’s all free. So even though the servers crashed many times over, casual gamers still can’t get enough of their favorite pocket monsters, and have turned the game into a cultural phenomenon.

Disruption is in fact as much about social evolution as it is about technological improvement. In the 1950s, emerging at the time was a distinctly American phenomenon called rock and roll. Teenagers and young adults were only too happy to duck out with Sony’s pocket-sized radio that they could carry around, listening to music their parents and relatives deemed inappropriate. That new form of entertainment then spurred manufacturers to improve product quality, which in turn ushered transistor electronics into the mainstream. Parents, who would otherwise be technologically adverse, saw their kids carrying boomboxes and playing game consoles, and suddenly felt compelled to learn how to use videotape recorders. Different segments of the market influenced one another. But more often than not, disruption begins with some teenage pastime.

Yes, Pokémon may be a game for teens and millennials, but it has irrevocably changed societal expectations of what information is presented and how it is accessed. Very soon, visitors at New York City’s Museum of Modern Art will demand to know everything about the exhibit’s installations far beyond what’s posted on the walls. At boutique galleries in Soho, shoppers will expect to hold up their phones and obtain more details about the process on how the latest ceramic vase is handcrafted. Young women may no longer have the patience to line outside fitting rooms at H&M, but could opt for an immediate AR fitting trial. Having to type a search term into one’s browser feels so yesteryear. It will be this shift in public expectation that nudges companies from all sectors to aggressively invest in AR.

Technology improvement is never driven by mad scientists alone. They always need market support. So whether you’re an entrepreneur or the head of a multinational corporation, never dismiss a teenage passion as mere toy. They may be simple customers who cannot pay much, but they are eager to try anything new. As writer and essayist William Gibson is famously believed to have said, “The future is already here. It’s just not evenly distributed yet.”