Walmart Is Pushing Its Suppliers to Drop 8 Controversial Chemicals 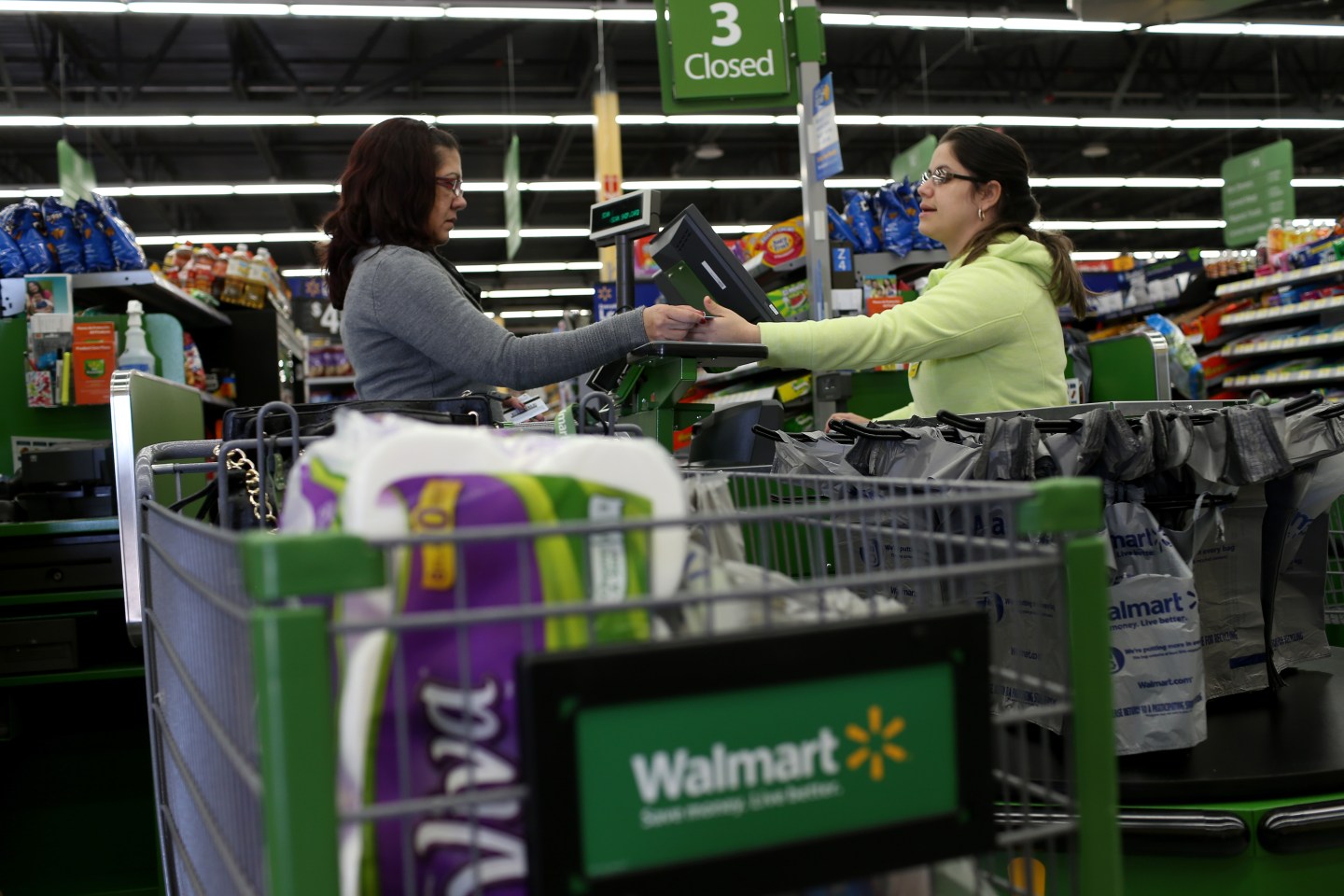 Walmart (WMT) is looking to eliminate controversial chemicals in some 90,000 household items by asking its suppliers to stop using them in their products.

The list includes butylparaben, which is a preservative in beauty products; triclosan which is used in clothing, kitchenware, furniture, and toys; and formaldehyde, which is a carcinogen found in resins for wood products, building materials, paints and consumer products like cosmetics. Such chemicals include “certain properties that can affect human health or the environment,” Walmart said earlier this week.

In 2013 the retailer had committed to increase transparency about ingredients in the products it sells, promote safer formulations, and get Environmental Protection Agency’s Safer Choice certification for its own private brand products. But it did not specify which chemicals at the time. The Environmental Defense Fund (EDF) worked with the company to implement its policy.

Walmart’s biggest rival, Target also started in 2016 to remove some 1,000 chemicals from its household cleaning, personal care, and beauty products.

The two retailers have enormous influence over what items end up on the market, and the move could give Walmart an edge with customers who are increasingly gravitating to natural and organic products. The effort also reflects widening scrutiny by stores, suppliers, and lawmakers into the potential effects of chemicals. Major household-item suppliers include Procter & Gamble, (PG) and Clorox (CLX).

Under the program, Walmart is requiring manufacturers to list the ingredients in question on the items’ packaging by 2018 and work to find alternatives. Some 90,000 different items by 700 manufacturers are affected, according to Bloomberg. Suppliers have already managed to remove 95% of the chemicals on the list, by volume weight, from products sold in U.S. stores that are covered by the policy, according to the EDF.

The other chemicals listed by Walmart include toluene, a liquid used in paint thinners, nail polish and fragrances; diethyl phthalate, which makes plastic more flexible; nonylphenol exthoxylates, which are found in laundry detergent; dibutyl phthalate, a solvent; and propylparaben, which is also a preservative.