Here’s Why Mattel Shares Are Popping 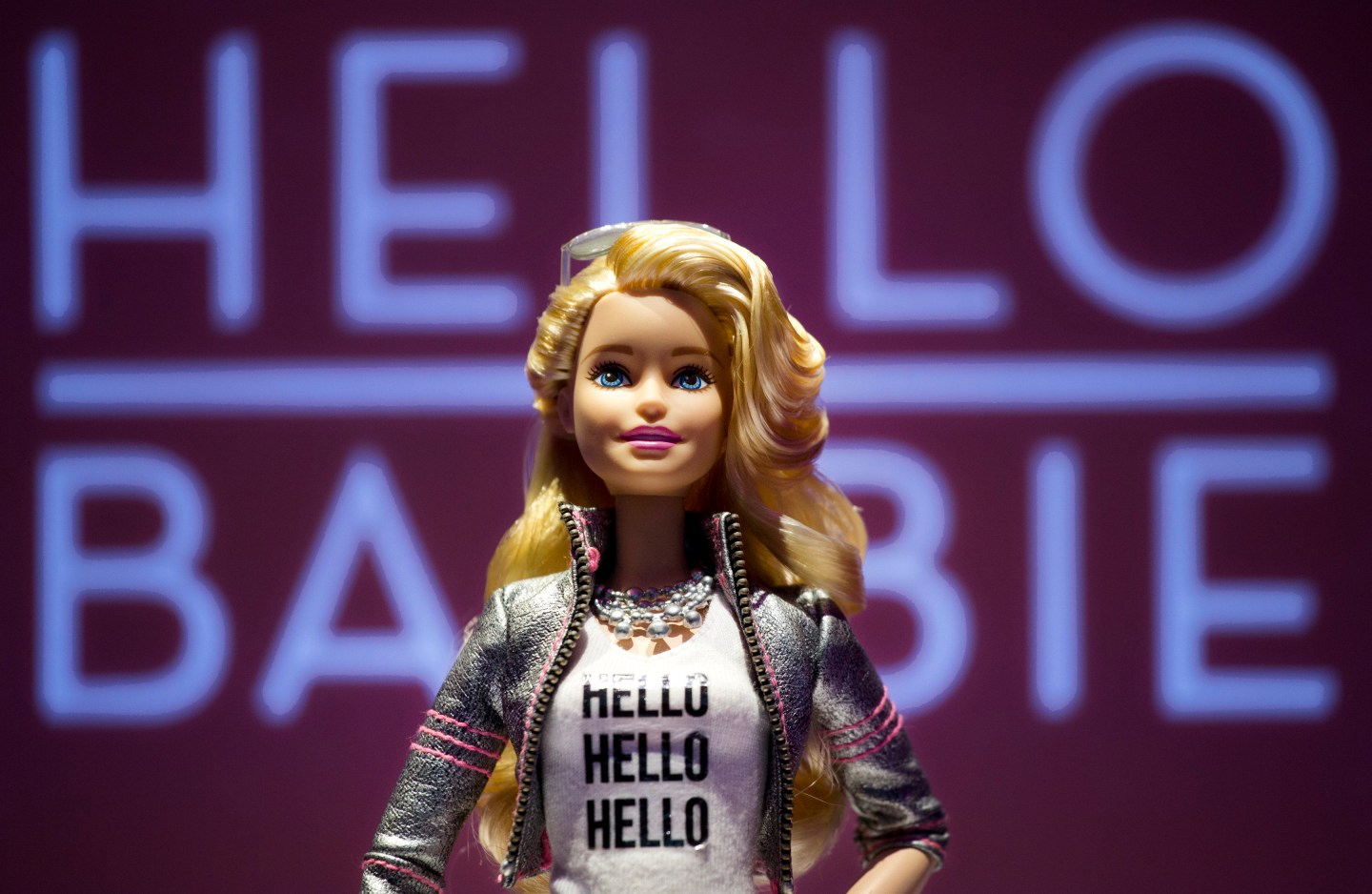 FILE - In this Feb. 14, 2015 file photo, Hello Barbie is displayed at the Mattel showroom during the North American International Toy Fair in New York. The toy records and stores conversations between kids and their dolls to improve speech-recognition technology and help its makers create more relevant automated responses for kids. Parents concerned about privacy can review and delete those conversations by visiting a website. (AP Photo/Mark Lennihan, File)
Photograph by Mark Lennihan — File via AP Photo

Mattel, the largest U.S. toymaker, reported better-than-expected quarterly sales as a makeover of its Barbie dolls revived demand for the 57-year-old brand that has struggled in recent years.

The company’s shares jumped 5.4% in after-market trading on Wednesday.

Sales in the Barbie business jumped 23%, the biggest quarterly increase since at least 2009.

Mattel has rolled out the Fashionista line of Barbie dolls in a variety of skin tones, hairstyles and outfits and in three new body shapes—tall, curvy and petite—to appeal to a larger demography.

Mattel (MAT) has also changed its marketing strategy to position its dolls as more than a pretty face, with ad campaigns such as “You Can Be Anything” highlighting the potential of women in various professions.

The company and its smaller rival, Hasbro (HAS), have also been vying for contracts with Hollywood studios to boost flagging toy sales in the face of increasing popularity of electronic toys and tablets.

El Segundo, California-based Mattel said it was “broadly on track” to match 2015 sales this year despite losing the license to make Walt Disney’s (DIS) Disney Princess and “Frozen” dolls to Hasbro.

Excluding items, Mattel posted a loss of 2 cents per share, beating the average analyst estimate of a loss of 5 cents, according to Thomson Reuters I/B/E/S.

Shares of the Hot Wheels toy cars maker, which said on Tuesday it won the license to make merchandise based on the “Jurassic World” films, have risen about 21% this year.